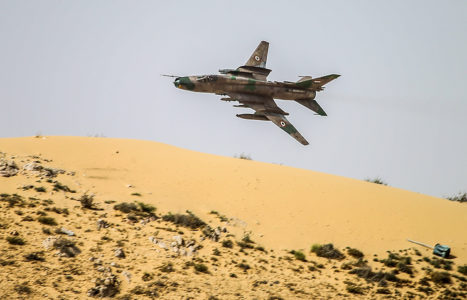 Several militant groups, including Hayat Tahrir al-Sham (formerly Jabhat al-Nusra, the Syrian branch of al-Qaeda), are planning a multi-prolonged offensive against the Syrian Army in the so-called Idlib de-escalation zone, according to Russia’s Center for Reconciliation of the Warring Parties.

“According to available information, the leaders of Hayyat Tahrir Ahrar al-Sham, Jabhat Tahrir Suriya (formed as merger of Nour al-Din al-Zenki Movement and Ahrar al-Sham), Suqour al-Sham and Falak al-Sham agreed to set up joint operational headquarters to conduct an attack on positions of government forces,” the general said. Large groups have concentrated simultaneously on several directions – mountains of northern Latakia, al-Ghab valley on the border of Hama and Idlib provinces and areas west of Aleppo,” chief of the Center Major General Alexei Tsygankov said.

Earlier reprots appeared that Hayat Tahrir al-Sham decalred the area on the administrative border between Hama and Idlib provinces a military zone and declared that it has prepared for a battle against the Syrian Army in the province of Idlib and nearby areas.

The statement by the Russian military clearly indicates that as soon as pro-government forces liberate southern Syria they will focus on combating terrorists in the province of Idlib.

When these animals all begin their Operation together, I hope they are scorched and placed on express flights to oblivion where they will meet with their Allah at the Gates of Hell

Best scenario is to push them back into Turkey and watch them and their Turkish barbarian hosts who created them tear each other apart.

Joint offensive operation? Very good – head chopping rats in idlibstan want it the hard way. They can even get some initial gains but it will end the same way as before – cauldron, than elimination.

Do You think you become more Impressive You Headchopping Cunts? You have been Operating together All the time you Western Headchopping Mercenaries… And You Only Lost since 2015… What the Hell makes you think you Stand a Chance this Time…??! You are All Dead-Men-Walking….

“Al Ghab valley on the border of Hama and Idlib provinces”, is my bet. Keeping an entrance into the interior and former stronghold would likely be a priority.

“The statement by the Russian military clearly indicates that as soon as pro-government forces liberate southern Syria they will focus on combating terrorists in the province of Idlib.”

Personally, I think that is a mistake. The fighters and bombers can keep them at bay. Normal citizens have left, so you only have vermin up there. Warn the Turks and then indiscriminately bomb it to smithereens.

Reinforce the borders, then sweep East to the Euphrates eliminating the rest of the paid whores.

Russia seems to be sending clear signals Idlib is next. Why? There are a number of possibilities but I see it as follows.

Clearing Idlib is important due to close proximity to Aleppo and the large concentration of terrorists in Idlib after all the one way bus tickets. Massive bombing is not advised due to the busing included families and Russia wants to avoid giving pretext for intervention on ‘humanitarian’ grounds.

So cleaning up the terrorist chess pool in Idlib once and for all makes sense. I also think the advance warnings are forcing Turkey’s hand – will they support the militants in Idlib or abandon them? If the militants are gearing up for an offensive, that tells me it is to focus them on an operation rather than festering and infighting while waiting for the coming Syrian assault. Turkey so far has not been particularly vocal and rather subdued I would say.

Politically, the operation challenges Turkey which enhances Damascus in the eyes of the YPG which are becoming disillusioned with US alliance – for example, US did nothing as Turkey took control of Afrin while Damascus set up joint patrols with YPG to prevent further Turkish advance beyond Afrin. US has pushed YPG to abandon Manjib to Turkey – Assad has opening here to take control of Manjib with YPG to prevent this.

This sets up a diplomatic offensive by Assad to wrest the YPG from the US in Eastern Syria – if successful, the US will lose its main ground force which will pave the way for liberation. As complicated as this sounds, I think it only captures a fraction of all the bs going on in Syria.

An excellent response, however I disagree with it at the moment.

I totally understand the logic behind it, however I strongly disagree with “Massive bombing is not advised due to the bussing included families and Russia wants to avoid giving pretext for intervention on ‘humanitarian’ grounds.” as it matters not now, the Yanks and co. will get involved whatever excuse, whatever excuse !!.. + everyone up there are terrorist vermin.

As I mentioned, it is my view only, however I would (if I was in the SAA), if I was sure, no scum could attack me from behind, be at least relieved….hence my original comment.

Let us see what will happen, you of course could be right and if it works out, Bravo “S”.

Of interest is the YPG have just offered to join the SAA in their planned offensive in the Idlib region if the SAA assist the YPG in ejecting the Turkish forces from the Afrin. Well let the diplomatic acrobatic show begin in earnest.

Don’t even try it, I posted that first and now you want the glory hey !!!?.

Typical from a Melanson.

Ok ok. I have been taking all the glory and now it’s your turn. Predict how the soap opera in northern Syria will play out regarding players – Turkey, YPG, Turkish backed ‘moderate’ terrorists, US, Syria, Russia, Hezbollah and Iran. As well how will play out on the ground – Idlib, Afrin, Manbij, Eastern Syria.

It is pretty straightforward if you ask me, you know, hugs and kisses, exchange valentines cards, express thanks to each other for showing unwavering support never once a hint of betrayal…

Seriously, if you can get even partially right then kudos to you!

mmm, well, yep, can you win this one, as in my mind, I forgot what the goats were called.

Well, I will have to refresh your memory. They are:

What makes these morons think they can still make a fist? Their fellow morons in the south thought they could also unite and make a fist. And folded quicker then an Italian army at the first sight of a British tank. These morons haven’t been able to make a combined fist since the last Hama offensive. In which they’ve gotten their arses kicked so thoroughly it stopped them from ever making one ever since. Not to mention that like crabs caught in a bucket, whenever one of these groups tries to unite them all, they all pull that one down again.

So, what ? Russia can destroy them IF RUSSIA WANTS TO. However, how Russia could attack its terrorists Turkey friends ?