Two sub-factions of the Ahrar al-Sham’s coalition have joined to a new alliance, headed by the al-Nusra Front. 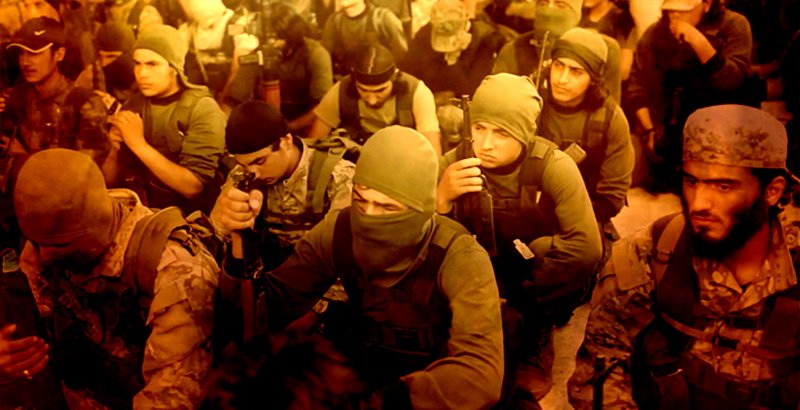 The split among militants, fighting against each other in Idlib province, continues to deepen. Jabhat Fateh al-Sham (previously known as the al-Nusra Front) and Ahrar al-Sham became poles of attraction for rival groups.

A new alliance of radical jihadists, headed by Jabhat Fateh al-Sham, was named Hai’at Tahrir al-Sham (Levant Liberation Body). The main goal of the alliance, consisting of 11 groups, is consolidation of political and military power, as well as reaching economic interests of Jabhat Fateh al-Sham on the territory of Idlib province. The ‘general commander’ of the alliance is Abu Jaber Al-Shaykh (should not to be mistaken with the ‘military leader’ Abu Mohammad al-Julani), a former Ahrar al-Sham commander, who defected in September 2015. 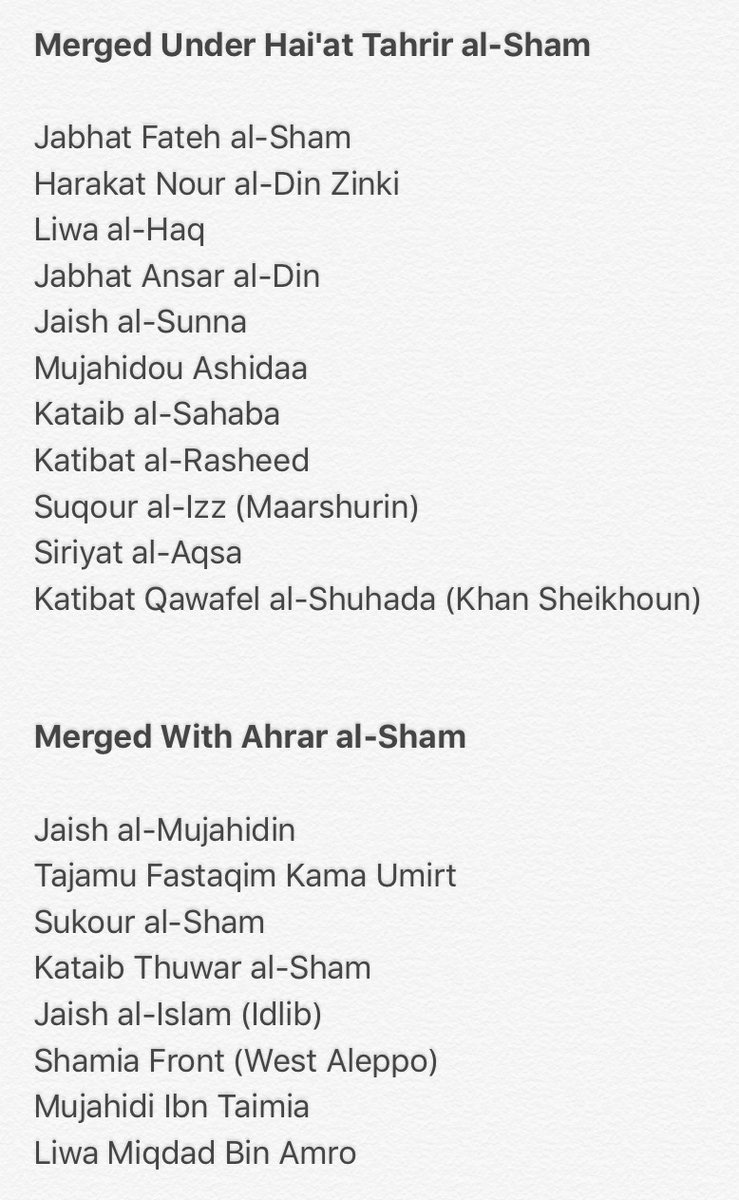 According to Saturday’s reports, two factions of the Ahrar al-Sham’s coalition, in particular the Al-Aqsa (should not to be mistaken for Jund al-Aqsa) and Suqour al-Sham battalions, have joined to the Hai’at Tahrir al-Sham alliance. On Sunday, social networks’ activists reported that three other groups, Katibat Osoud al-Rahman, Katibat al-Rashid and the alSa’ab tribe (a branch of Albosha’ban), also took the part of Hai’at Tahrir al-Sham. Just a few days ago, these sub-factions opposed Jabhat Fateh al-Sham, and now they are already a part of the al-Nusra’s coalition.

One of the reasons of such a decision of the two factions may have been the historical tendency for political polarization of Ahrar al-Sham – the group has formally split within its own ranks at least two times prior to this last one. The second reason is an offensive, launched by Jabhat Fateh al-Sham against non-obliging ‘rebel’ groups. The presence of Abu Jaber Al-Shaykh as a high-ranking commander of Hai’at Tahrir al-Sham may also have played a part in the accession of the Ahrar al-Sham’s factions to the alliance.

In fact, now, we can see the ‘separation’, about the impossibility of which the US said in 2016. A real list of ‘moderate’ and ‘non-moderate’ militants will be formed as a result of the split during the internal war, in which the al-Nusra Front and its allies will lose any possibility to become legalized. Accordingly, those, who will be among their opponents, will save their possibility to represent the ‘moderate’ conglomerate and hold talks with the Syrian government. The most important is the fact that now, we have a chance to see a real, but not declarative split among internal enemies of the Syrian government, which definitely strengthens position of the latter in Syria and weaken negotiating position of its internal opponents.

In the coming days, surrendered militants from Wadi Barada will also be transported to Idlib. They will have to choose a side in the local war. In the near future, life in Idlib province will be very ‘exciting’ – through the example of Idlib we have a chance to see what would happen with all Syria if Assad was overthrown and militants took power.

This is obiviously Turkey’s promise to Russia for the “Seperation of terrorist groups” in FSA. We can assume Hai’at Tahrir al-Sham is the terrorist ones, while others are not.

Although, Ahrar al-Sham being the leader of that other group makes it questionable as well.

Yea right keep the lies up though :)) Turkey did squat they frighted in the past and will again.

That list of names reads like a coalition well meaning lofty NGO aid organizations. I can only conclude that the more high and mighty and noble the name of a socalled resistance movement is, the more of a degenerate immoral terrorist group it probably will be.

Like with everything in life, if it sounds too good to be true, it usually is.

How mush is Turkey (TR) behind these groups? TR is the root of all anti-regime militantism in Aleppo, Idlib and Latakia. Anywhere in Syria and north Iraq bear the hallmark of TRs distorted foreign policy.

Got a great pleasure: spiders in a jar annihilate each other:) Go guys, go and kill each otther:)

This might be a good moment for the Syrian General Intelligence Directorate to send out, what in the french language is called “agents provocateurs”. They could make “false flag attacks” on both sides and hasten the “natural selection proces”.