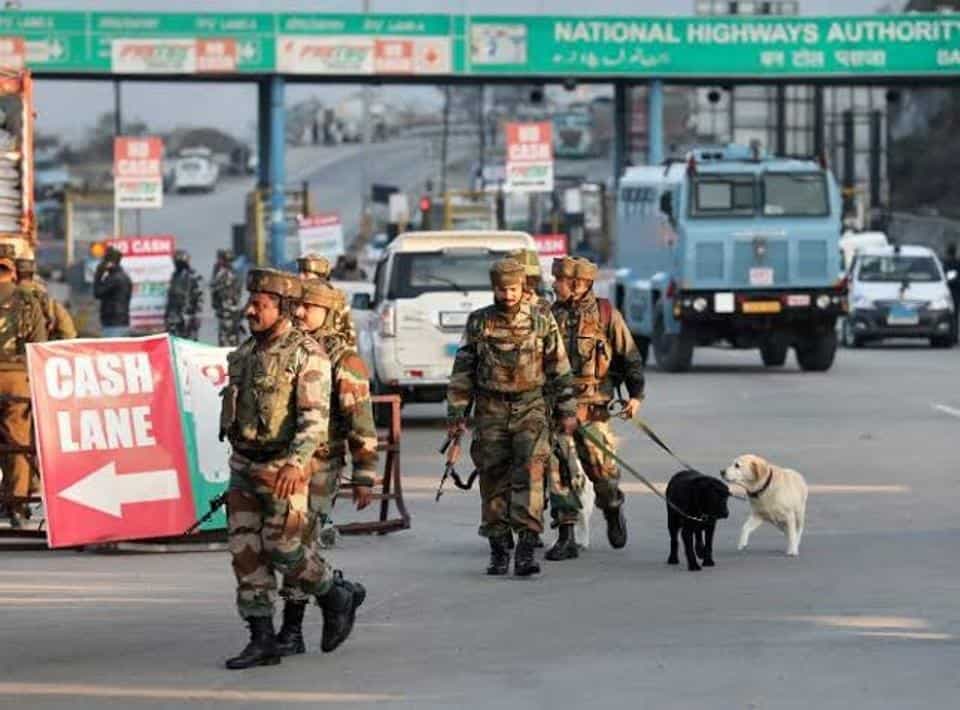 In recent months, there’s been a reported increase in militant activity and attacks according to India.

This is allegedly a result due to the United States withdrawal from Afghanistan. New Delhi claims that “Pakistan-based terrorist groups” are preparing for a major push on Jammu and Kashmir.

“Pakistan-based terrorist groups have become especially active after the US withdrawal from Afghanistan and have been preparing for a major drive in Jammu and Kashmir, according to intelligence reports. The reports add that terrorist group Lashar-e-Tayyeba (LeT) is mobilizing cadre from its Chelabandi camp in Muzaffarabad to fresh locations in Neelum Valley across the Line of Control (LoC) between India and Pakistan. The Hizbul Mujahideen is training nearly 400 cadre at a newly constructed facility in forest area of Oghi in Khyber-Paktunkhwa (KPK). The Al Badr group is exploring ways to infiltrate into India from Bangladesh after security forces have turned the heat on infiltration across LoC in Kashmir.”

These reports took place just days before three suspected militants were killed by Indian security forces in Pulwama district of Jammu and Kashmir on December 9th.

Security forces launched a cordon and search operation in Tikken area of Pulwama district in the early hours of December 9th following information about presence of militants there, a police official said.

Why ain't we raising funds for families, whose houses were destroyed in Tiken, Pulwama?#Tiken #Pulwama #Kashmir pic.twitter.com/D0fM0qhufe

Initial reports were of 2 killed militants.

And to exacerbate the situation further, there are reports that after Libya and Nagorno-Karabakh, Turkey is planning on deploying militants to Jammu and Kashmir.

The Syrian Hawar News Agency (ANHA) said on November 9 that Turkey is preparing to deploy Syrian militants in the AJK, where they will fight as mercenaries against India.

“Turkish intelligence instructed the mercenaries of the Sultan Suleiman Shah Brigade to prepare a list of 100 mercenaries, who will undergo a training course in the Turkish city of Mersin in preparation for deployment in Kashmir where they will fight against India,” the ANHA said, citing sources familiar with the matter.

According to the ANHA, the Turkish intelligence promised the mercenaries a monthly salary of up to $3,000 during the deployment in Kashmir.

The reports on the deployment of Syrian mercenaries in Kashmir were denied by the Foreign Ministry of Pakistan and the president of the AJK.

Regardless, if even a part of this is true, it could be possible that an escalation is possible in Jammu and Kashmir, between Pakistan and India, with two countries with quite significant arsenals.

India was a relatively peaceful secular state until Modi and his RSS Hindu thugs started targeting Muslims, not realizing that the world power balance has shifted to China and the Muslim world led by a resurgent Turkey allied to nuclear weapons militarized Pakistan, aided to some degree by Israel. Kashmir is a festering sore for Muslims, espacially the Pakistanis who intend to liberate it, and they will, just like Armenia lost Nogorno Karabakh and in in dire straits itself. China is also intent on weakening India or Balkanizing it at best, Kashmir is now the flashpoint and India is in serious trouble unless a sensible government takes over and difuses the Kashmir issue. Modi’s brutal fascist tactics have created a pandora box and India is about to face a Jihad, far more lethal and destructive than what the hapless Soviets faced in Afghanistan.

Youll see what happens.We are gonna unleash some deadly attacks on your paki asshole brothers.Uncle sam will take care of China.

Chinese are running not the indians loser;)Wait for the game

We are waiting asshole.Just try it enough talking;)

We saw how strong china was lol. Now its our turn.Wait for the surprise ;)Iran china pakistan are gonna get destroyed.

Frankly, you are an idiot, your filthy cesspool of a failed poverty striken slum land is being attacked by Turkish sponsored Jihadis and you are ranting about Iran and China. Are all Hindus as dumb as you?

We are waiting for the final showdown.Rather excited!Youll soon see whats gonna happen to both thChinese assholes and pakis ;)Wait and watch.We have spwcial surprises for both!

Surprise the world and stop crapping in the streets first.

India is broke and even Israel has turned against it. It can’t even afford toilets, let alone buy missiles. Chinese economy is growing at 10%, a new world record.

This is actually a conflict I’m really interested in seeing how it will play out. Only time will tell.

India would last less than 48 hours against China. Now with Turkey involved it is in dire straits.

Turks followed Americans in Korea, and Chinese annihilated them. The Battle of the Chongchon River, the longest retreat/rout in US history.

provocations; minor conflicts pakistan, India China. none benefit. this is exaggerated most likely