Countries like Libya and Syria were liberal countries of the venerable Islamic world -Syria, even with a significant Christian community- those were the countries of prosperity and with a system that allowed people life in dignity, work, schooling and health care system. Now, they are the origin of the EU migration crisis. But who is to blame? 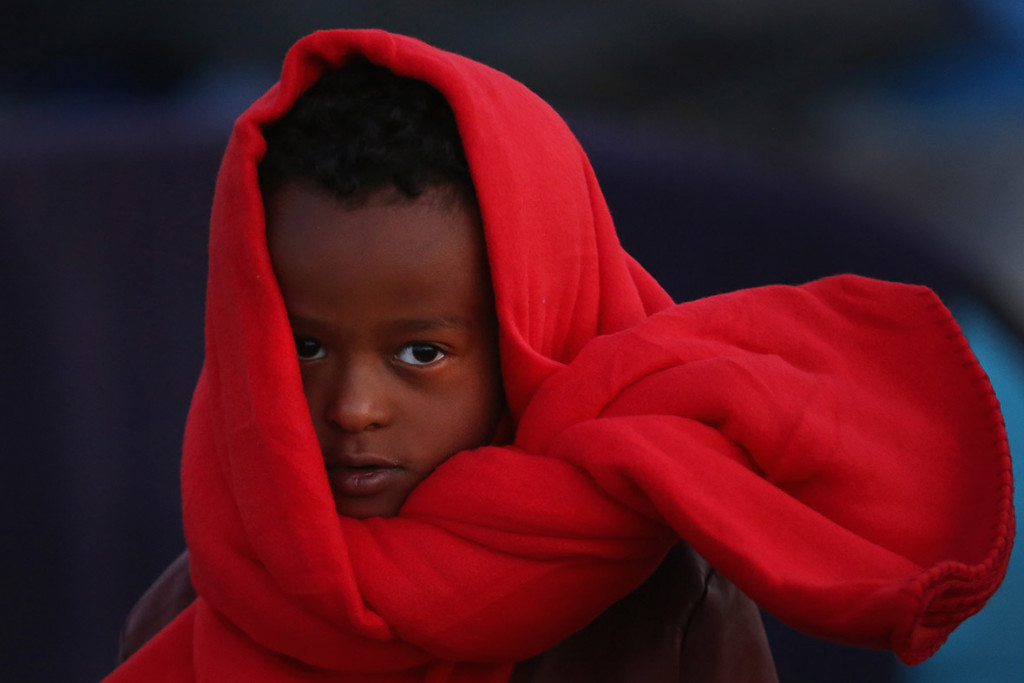 First of all I have to say that the EU as we know it today, and because of which Robert Schuman and Jean Monnet are rolling in their graves, in recent years has been especially built towards plundering, tears and tragedy of these refugees who are now roaming at its borders and seeking a second chance. All of them are there because this same EU with its Western friend USA holds their home countries in war and exploitative suffering because of their political, military, economic, and sometimes personal interests. I will not even mention the possibility that there are terrorists among these migrants who would be a threat to the security system of the EU, as well as solutions around demographic problems in Germany or the rest of the EU for some 30 years.

This could be the first and only serious wave of problems that fully exposes all the false ideals and hypocrisy in which the capitalist idea of ​​”open” borders rests. Open is written in quotes, because it closes as soon as milk from Bosnia and Herzegovina (BiH) comes as well as refugees from Syria. It seems that years of colonialism and enslavement of Africa and the Middle East are coming to take their toll. Mr. Assad, President of Syria, explained it well by saying:

“The problem with migrants is not resolved within the EU, but on its sources in Syria and Iraq, stop funding ISIL, and the war will stop, and therefore the great migration”.

Countries like Libya and Syria were liberal countries of the venerable Islamic world and Syria, even with a significant Christian community, those were the countries of prosperity and with a system that allowed people to live in dignity, have work, schooling and health care system. Those were the countries with rich culture and great architectural enterprise. In Libya couples got a flat after getting married, students had a salary during the entire study, even if they remained unemployed after, no one paid for electricity, gas and water;  the cost of 17 liters of fuel was one dollar, and loans could be taken without interest for up to 60 years and at that time Libya had no external debt, not even a single dollar!!! It was the promised land for construction workers and companies from the former Yugoslavia and in BiH which were successfully building and operating until Ivan Barbalić on behalf of all of us from BiH raised his hand for a decisive 9th vote at the session of the UN Security Council which was needed for the invasion of this country and so he sealed the fate of Libya and all of us. What is most important is that these two countries were not enslaved by the IMF or other modern imperialists and oligarchs, the countries that have not led someone else’s policy, but rather their policy, the countries of stable currency and large reserves of oil and gold.

Because of all of the above, today they became two ravaged countries, devastated by war, the lands of death and refugees and all because they were not in the “slavery system” and because they were becoming increasingly independent and free and as such a serious threat and example to others and  an alarm for trouble. Maybe not developed to some extent, but in this category we can put Afghanistan, Iraq and some other countries in Africa from where we today see the most refugees. Countries of specific and indigenous regimes and systems of life that did have their shortcomings but which could hold themselves together and control their population, without major wars and internal conflicts despite their differences. Iraqi oil, Afghan opium, Libyan and Syrian reserves of wealth with strong geopolitical positions of these countries were the real reasons for destruction.

Everything that was good in this area of the Middle East has disappeared with the creation of a quasi Islamic state and the intentional distortion of Islam in the worst forms, the creation of fear and dislike for the same, not only in the Middle East but also in any area where Muslims live with other religions. By boosting the most primitive religious feelings they easily corrupt all those naive, shallow and mostly young souls who in their ignorance further their hidden agendas and sow fear among ordinary people, prejudice and exclusion of everything that is associated with Islam in any form.

With all this we clearly and unequivocally come to the serious crisis on European soil, we reach all those pictures of treatment of refugees, we come to the batons, tear gas, dogs and Hungarian journalist who tripped them, we come to the shocking images of small Aylan and Charlie Hebdo caricatures, we arrive at closing borders, armies, barbed wires and collapsing Schengen regime,we come to the true face of human rights and freedoms and the readiness for them within the EU. We arrive at the identification of those hypocritical stories about sanctions against Russia, but when Russia reciprocates then it is for all of EU officials an intolerable insult.

On the other hand, we have Serbia, so economically, morally and constitutionally crushed and its people who were represented in the world and especially Hollywood movies for decades  as derogatory and wicked. This in addition to the migrants reminded me of Serbia, which has earned a “panel” in 1885 in Geneva with the inscription:
“Be humane as Serbia was in 1885.”

At that time Serbia allowed an ambulance and humanitarian aid to pass through the frontline to Bulgaria with whom they were at war, which had not been previously recorded in history. The same Serbia this morning in 2015 at Horgosh witnessed refugees chanting “Thank you Serbia”, which speaks about the treatment they had and still have in Serbia, which is not part of the EU. Stories of ordinary people and the people who bring blankets, food and toys, people who draw maps for easy reference, drivers and police officers who hold Syrian children in their arms, without a baton, pushing and violence… pictures that are various, images of Europe which today is kneeling and dying out.

Let me conclude with this sentence that the EU has long since became a scapegoat and hostage of lobbyist policies of the financially powerful elite in Washington that with all its might wants to stop the natural alliance of Russia with Europe. The EU became a hostage of its own monetary policy captured in an extreme left or right neo-fascist role; in this case both are absolutely the same, because they both work to the damage of Europe as our collective civilization ideal.