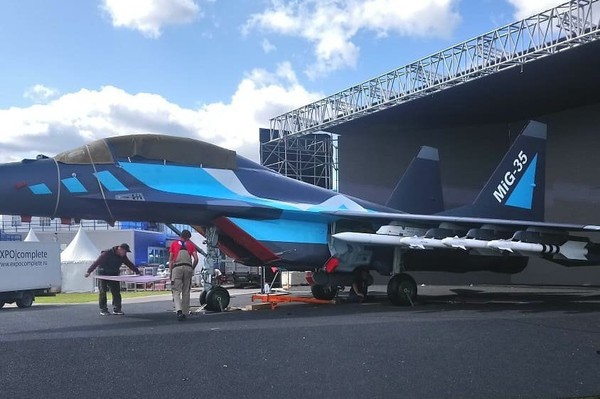 The contract for the supply of several dozen of the latest MiG-35 fighters will be signed by the Ministry of Defense in the near future, said Ilya Tarasenko, general director of the Russian Aircraft Corporation MiG.

“It all depends on the needs of our customer,” he said.

It should be noted that the MiG-35 was initially planned as a model specifically planned for export.

‌Tarasenko added that the mass production of these aircraft has already begun. The first contract for the supply of a pre-production batch of six units was signed at the Army-2018 forum.

Tarasenko spoke about the interest of the countries of Southeast Asia and the Middle East in the MiG-35. According to him, India is a priority, but negotiations are ongoing with 30 countries. 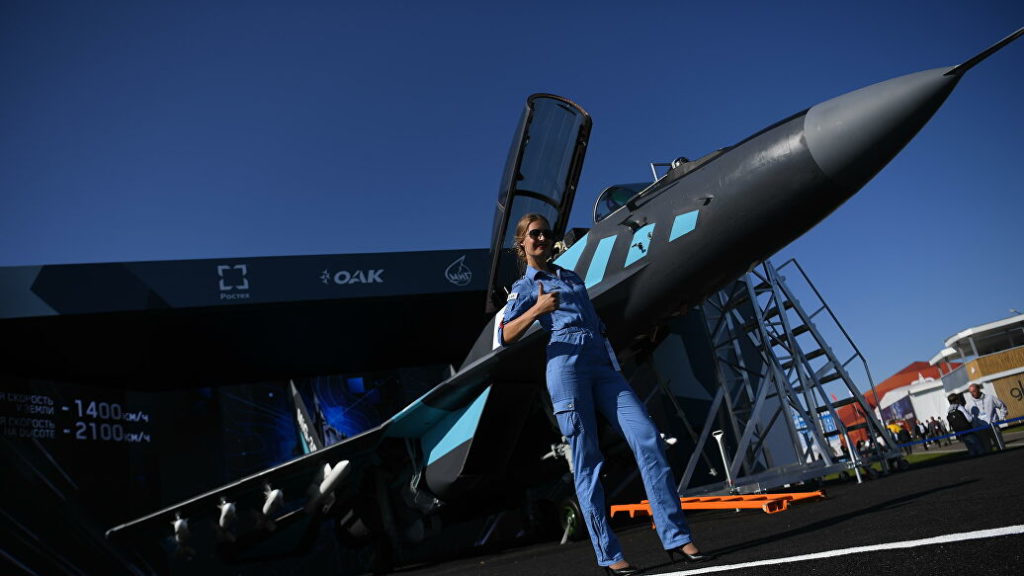 In turn, the director of the Federal Service for Military-Technical Cooperation, Dmitry Shugaev said that Turkish President Recep Erdogan expressed interest in the fighter jet.

This announcement came along with the MAKS-2019 biannual airshow, that is currently ongoing at the Zhukovskiy International Airport outside Moscow. The overhauled MiG-35 was presented at the show.

The fighter is the updated version of the iconic MiG-29, specifically its naval version designed for aircraft carriers. While similar in look, the new plane is said to have capabilities similar to 5th-generation fighter jets – while boasting a significantly lower cost.

“The new geometry of the airframe, as well as the updated system of onboard radar equipment, have become distinct features of the multipurpose plane’s export version, created in accordance with the wishes of potential foreign customers,” MiG said in a statement.

The MiG-35 is a highly maneuverable air superiority fighter, which was shown for the first time in August 2005 during the MAKS Air Show outside Moscow. The fighter is powered by the RD-33 OVT thrust vectoring control engines. The RD-33 OVT engines provide superior manoeuvrability and enhance the fighter’s performance in close air-to-air engagements.

The MiG-35 presents super-manoeuvrability, a capability to fly at supercritical angles of attack at increased level of sustained and available g-loads and high turn-angle rate, which requires a greater thrust-to-weight ratio and improved wing aerodynamic efficiency.

The aircraft’s suite of guided weapons includes Kh-31A anti-ship missiles with active radar seekers, the Kh-31P anti-radar missiles, Kh-29TE missiles and KAB-500Kr TV-guided bombs. When equipped with an external optical / laser targeting pod, the fighter can use the Kh-29L air-to-surface missiles and KAB-500L laser-guided bombs. These weapons will allow the aircraft to engage aerial and land targets.

Erdoğan was in Moscow for a one-day trip, as part of which the leaders discussed bilateral relations and international issues.

Ahead of the bilateral meeting, Erdoğan told reporters that he was “pleased” to visit the fair, and seeing fighter aircraft and passenger planes. He said the steps Russia has taken in space aviation proves its position in the science world.

Putin, on his part, said that Russia and Turkey could unite their efforts in the industry for aircraft construction. (Especially after Turkey was booted from the F-35 program)

“We have introduced you to a whole chain of both military and civilian production. This demonstrates not only Russia’s capabilities in the aerospace sector, but also demonstrates the possibilities of cooperation.

“We know about your plans for the high-tech development of the economy. We could combine our efforts in areas that are most in demand,” he said.

In addition to offering the MiG-35, there are continuous reports that Turkey may be interested in the Su-35 and Su-57 fighter jets, and Putin even suggested that Turkey could potentially assist in development and production.

Iran could do with some of these next year when the UN weapons sales embargo expires in Nov 2020.

Yeah, they could. They could also use tons of other equipment. Sadly still not happening.

The SU-30 or the SU-35 and SU-34 would be far superior to Iran. It’s a big country, long range would always be a plus. Also, having a long range strike fighter which can reach Israel is enough to give Netannutjob stomic ulcers.

The Mig35’s are air superiority fighters.. much better at local tasks designed specifically to shot down cruise missiles and drones. An entirely different class of plane as well as cost. More a defensive one than an offensive one.

Methinks the country needs both. It’s obvious the Iranians like the F-14 and have gone out of their way to keep it in service, which leads me to suspect they would like a replacement for it. Only the SU-30/35 would do in that case. And the SU-30/34 would give them some much needed long range strike power.

Whatever they want is moot though, as the Iranians are not interested in buying aircraft. They want the technology so they can built them themselves and not be dependent on a foreign country that could turn off the spare parts tap at any given moment. So there will be LOTS of negotiating with Russia, or China for that matter, as to how many aircraft the Iranians would have to buy before being given the technology so they can build the rest themselves. And those negotiations might last for a very long time. Certainly way beyond 2020. Or even 2021. Unless a miracle has happened and those are already ongoing and almost concluded. But having been to Iran 4 times now if I have to describe the country with one sentence its that no plan ever survives contact with Iran.

Perfection of a Military Jet.

India and Turkey are only interested in buying the Russian plane in kit form and technology transfer. All with loans from Russia. The only benefit can be the lowering of unit cost of the plane.

India already got technology transfer for the SU30 and the changes and modifications they made to it are now also used by Russia. So its not just a wholly one way street.