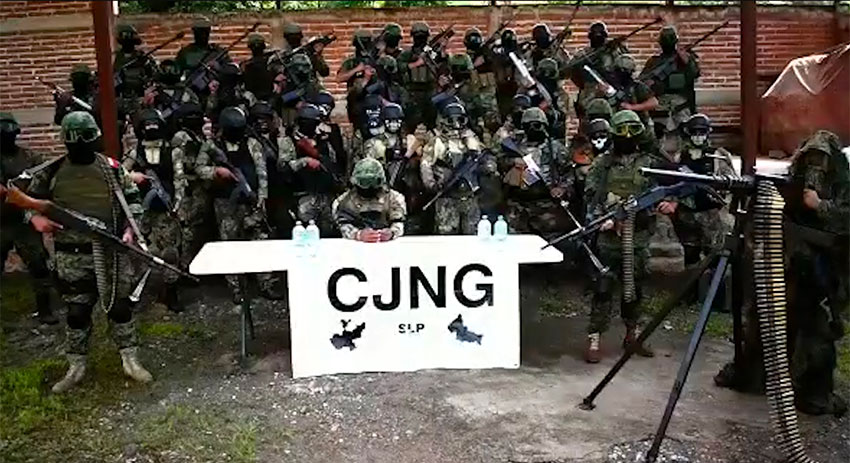 In the video, they called the local government the “Ministerial Cartel” and said that the head of the Federal State police Jose Guadalupe Castillo Celestino is also head of the “cartel.”

The cartel said in the statement that several killings in San Luis Potosi were not a result of its activities.

To find the guilty party, according to Jalisco New Generation, authorities had to look at Celestino, who struck deals with the cartels of the Northeast, Golfo and Los Alemanes, “selling” to them part of the territory and real estate in the province.

Informing who should be thanked for the appearance of three criminal organizations at once, the Jalisco cartel also added that it should not be thought that the state governor was not aware of this transaction.

There’s a lot of confrontation between CJNG and other cartels, all throughout Mexico, despite them being present in more provinces than any other group.

The rise of CJNG was rapid after its split from the Sinaloa Cartel in 2010, was rapid.

In January 2019, InSight Crime named the CJNG one of its “Criminal Winners” for 2018, based on its territorial presence, its income from cocaine and synthetic drug trafficking, its control of port infrastructure and its ability to launder money. 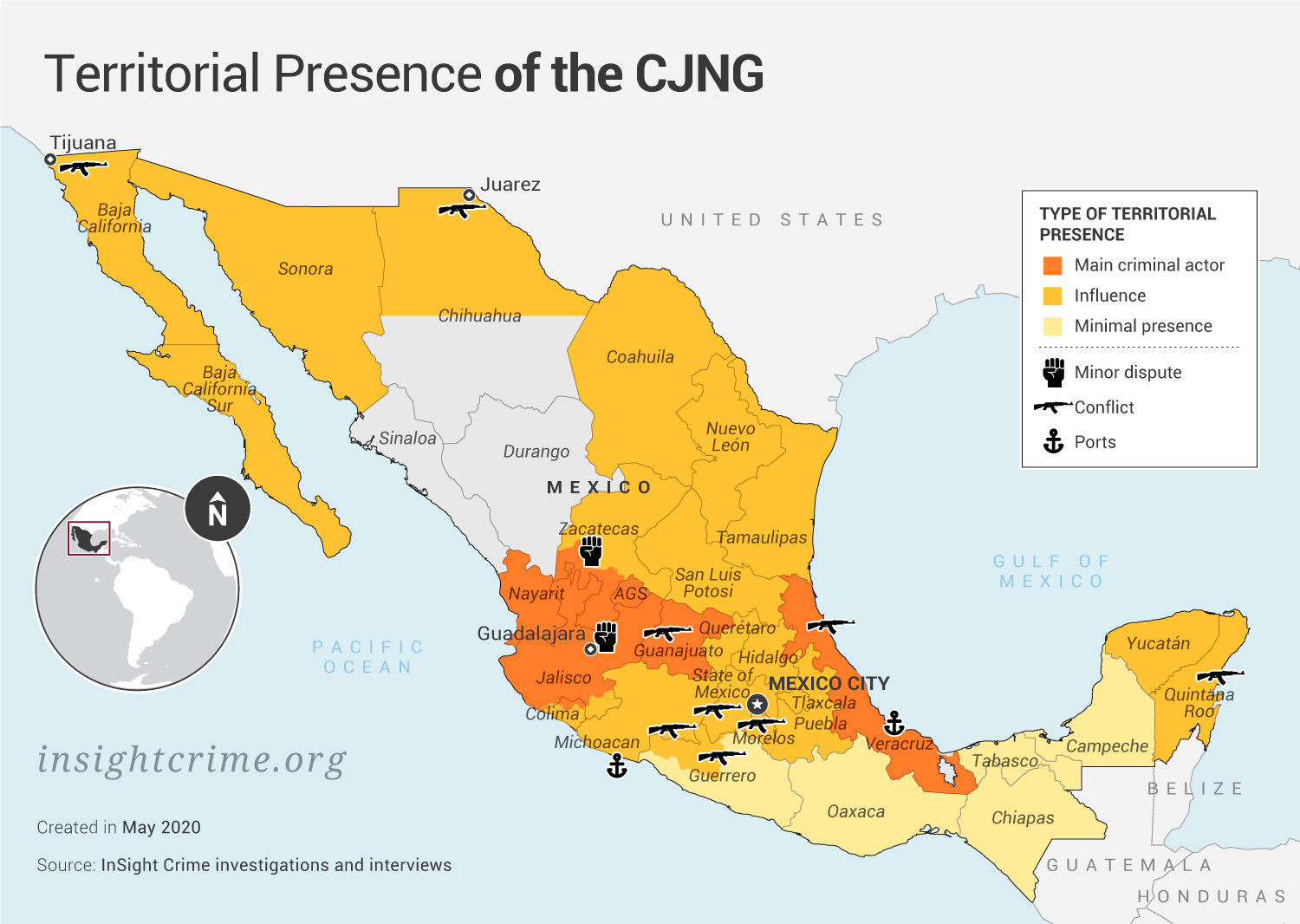 It is, however, difficult for it to be the most influential and strongest group, especially when it needs to spread its influence to other regions. Understandably, it gets increasingly difficult to establish a strong influence – politically, economically and criminally, the larger the area becomes.

In most regions there’s clashes for influence, but notably in the “Golden Triangle” which is the key drug-producing region composed of the states of Sinaloa and Durango, as well as large parts of Chihuahua, the remainders of the Sinaloa cartel are the ones in power, despite El Chapo (Joaquín Guzmán Loera) in prison and there appearing to be a power struggle between his successor, Ismael Zambada García, alias “El Mayo,” and Guzmán Loera’s sons.

The local governments in most of the areas are often either incapable of countering cartel activities, or are on their payroll.

A recent example for this is a statement by the governor of the Puebla province, Miguel Barbosa. His statement was absurd.

In his words, most of the women who disappeared in Mexico hadn’t disappeared, but had simply gone away somewhere with their boyfriends.

“There have been cases where the police ministerial has found the people, declared missing, as with your boyfriend at any place in Puebla.

Most of the allegations of missing persons are cases of people who do not have disappeared, that were absent from their homes for a day, two days, three days, through a very simple, and the time in which they had no contact with their family was very short, but it was one in which, the mom, the dad, the brother, was the Attorney –General of the State – to file the complaint was registered,” he said.

As a result of his statement, an investigation is being opened into him.

The National Commission of Honor and Justice (CNHJ) Brown said that an investigation was launched into Barbosa for his various statements. On top of the one about abducted women simply going away with their boyfriends, he’s also said that only the rich are in danger of COVID-19 and that the poor were “immune” and other absurd statements.

Even they have the saturn wings, all part of the same pot.

If there´s a “State Cartel” it is them, they receive cover and support from the Federal Goverment.

barbosa is a real as*h*le!!!! and his political party is the same gang of liars

Its a desease, rotten to the core. When the cancer has grown into the political system its impossible to clean out again. Lets hope the entire north america collapse. Only then a possible clean era of new visions can grow.