On Wednesday, the German Chancellor Angela Merkel’s office was sealed off due to a suspicious package. 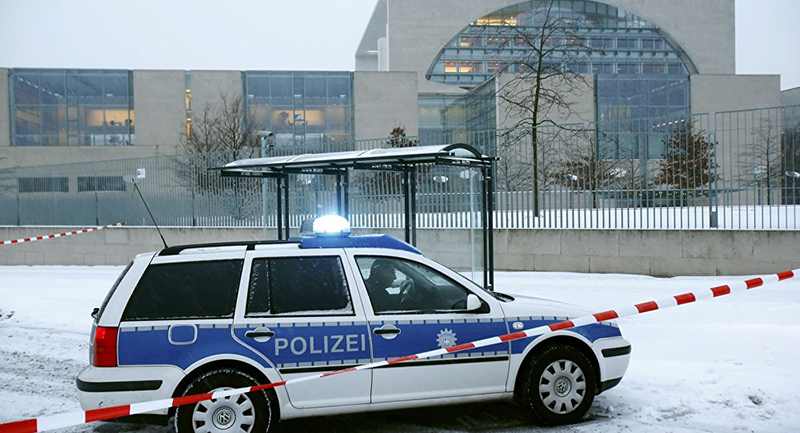 “We are investigating a suspicious package,” Reuters cites a spokesman for the Federal Police in Berlin.

According to the reports, there were 4 plastic yellow postal crates in the area.

#Germany – update #Berlin – 4 yellow postal crates to be seen in the cordoned off area at #Merkel‘s office pic.twitter.com/yfutdSk3HZ

“An unidentified object was found around 8:30 a.m. [07:30 GMT] during patroling rounds. Since the Office of the Chancellor is of particular importance, [police] started to immediately inspect the suspicious object. Currently all entrances are blocked with specialists working on the site,” the spokesman said.

The police are still dealing with the situation.

According to the spokesman, the building will be closed untill police are able to difine the level of threat.

The German government has not commented on the situation.

It is unknown if Angela Merkel was in the building at the time of the discovery. Today morning, the Office of the Chancellor is scheduled to hold this year’s first Cabinet of Ministers meeting.