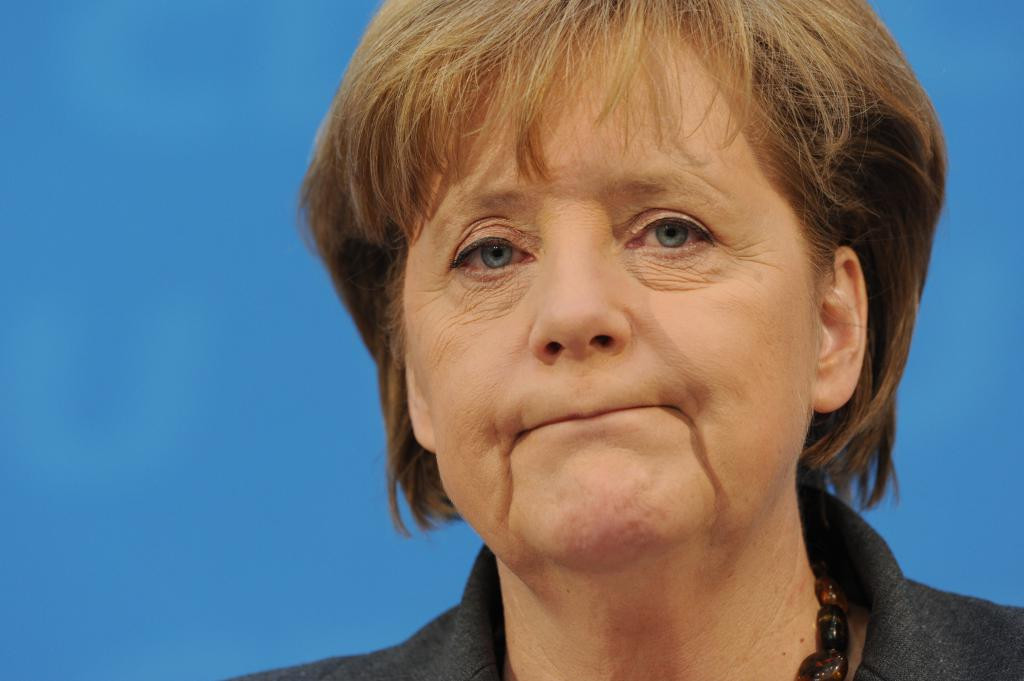 German Prime Minister Angela Merkel has declared that she intends to continue a policy of attracting migrants to the country. She spoke about this in an interview with German television channel ARD. Merkel said the immigration crisis has been the biggest challenge during her time as Prime Minister, but she sees no other way out but to let more and more refugees into the country and to try to reach an agreement with Turkey, which is the main source of refugees. Merkel clearly opposed Austrian actions of restoring border controls, despite the fact that it led to a significant decrease in the influx of migrants in Germany. She said that there was nothing that could make her change her course – despite growing anger in Germany at her government’s handling of the issue. According to a recent poll, 81% believes that her government has lost control of the migrant crisis.

The head of the German government is still in thrall to the dogmas of liberalism. From the point of view of the liberal ideology, which the German elite adheres to, there is no reason to stop the flow of refugees from Muslim countries. Their identity is simply not taken into account within the framework of the liberal paradigm, thus, there is no reason to stop them settling in the country.

The invasion of Europe by refugees has become a serious shock to the entire continent. The discrepancies between social-cultural paradigms of the Muslim immigrants and the hosting communities, as well as the clearly parasitic purposes of refugees, have turned them into anomie agents within European society. Agents of radical terrorist networks travelled to Europe together with genuine refugees. Looting, rape and unmotivated aggression against native Europeans caused the growth of right-wing anti-immigrant and anti-liberal sentiments in Europe.

The pro-refugee policy of Merkel’s government has decreased the popular support for her party, the Christian Democratic Union (CDU), which has lost about 7% in opinion polls in the past few months. The dissatisfied electorate was attracted to the right-wing Alternative for Germany Party, which has a firm anti-refugee and pro-identity stance. The party will strengthen its position in the forthcoming regional elections. In the eastern state of Saxony-Anhalt the AfD has the support of 17% of voters in the state, a spike of 12 points since September. Thus, AfD is ready to claim second place after the CDU. AfD also has the chance to win seats at legislatures in Baden-Württemberg and Rhineland-Palatinate.

The conservative wing within the CDU also showed clear dissatisfaction towards Merkel’s policy. Besides the refugee crisis there are two motives for them to be against Merkel: one cause of dissatisfaction is the Trans-Atlantic Trade and Investment Partnership (TTIP) that has the hidden aim to subjugate the German economy to American interests; another motive is the anti-Russian sanctions that have primarily harmed German businesses. Just a few weeks ago rumors were being spread about a revolt within the party.

Merkel and her pro-refugee policy were severely criticized by Horst Seehofer, the leader of the traditional ally to the Christian Social Union (CSU), during the party’s congress. As a symbolical gesture, the Hungarian ultraconservative and anti-refugee Prime Minister, Victor Orban, was invited to the CSU congress last year. Last week he announced the referendum on migrant quotas, another one of Merkel’s ideas that is doomed to fail.

While Merkel insists on common European policy towards migrants, other countries prefer not to listen to the mad woman destroying her own country and choose instead to re-strengthen border controls. “The problem is that they acted independently and unilaterally”, – said Merkel, attacking Austria, Hungary and the Balkan countries on their decision to preserve their sovereignty.

Merkel is resistant to change

Merkel is leading her party and country towards catastrophe. She is unlikely to reject her pro-refugee policy as it is deeply rooted in liberal thought that only human rights have importance, not national identity. It is possible that under the pressure of the conservatives she can change her rhetoric, but not the principles of the policy. The rise of the anti-immigrant sentiment and disappointment in the German elite due to the unstoppable influx of migrants will lead to a rise in the popularity of Alternative for Germany and movements of the PEGIDA type. The only party that strongly opposes the disastrous immigration policy and the preserving of the country’s sovereignty is the party “Alternative for Germany”.

The influx of refugees into EU might very well be part of strategy for transferring US patriot act policy to EU (possibly via NATO). Which will result in its implementation to all EU (maybe all NATO?) member states. Thus enabling the controlling establishment to manage things more efficiently.

True, but the people of the EU-empire are more controlled then Americans are. Americans have more freedoms. They have the freedom to elect an openly anti-illegal immigration President, “Trump”. They have the freedom to tell the truth that their was no 6-million Jews in all of Europe to even be killed. And the real number was around 100,000. And so forth. Americans are beginning the liberate themselves democratically from the clutches of our old Zionist-masters, and Europeans will be left with the choice to either follow, or continue down the dark-Zionist path of Zio-destruction and self genocide. http://antizionistleague.com/

who could vote such a pig?

they acted independantly and unilaterally? does the woman realize what she just said?

Either something very sinister going on or Merkel has well and truly lost the plot.

The Germans have a Marxist in power.