The Turkish-language Daily Sabah reported that the warplanes pounded mistakenly a main positon of the YPG, killing a sum of 300 Kurds.

The Daily further said that wrong peculiarities provided by the field sources were the cause behind the US careless air raid on the YPG.

In the meantime, the Arabic-language al-Manar TV also confirmed that the coalition’s warplanes bombed mistakenly the Kurdish militants’ positions Northeast of the town of al-Souseh Southeast of Deir Ezzur.

Sources said last week that 17 civilians were killed in the US warplanes’ heavy bombardment near the village of al-Sha’afah in Eastern Deir Ezzur.

The sources in Southeastern Deir Ezzur had also reported on Wednesday that a number of civilians were killed or wounded in the US-led collation airstrikes.

The sources said that the US fighter jets conducted heavy bombardment on the village of al-Bahara in Eastern Deir Ezzur, killing three civilians and wounding several more.

Field reports said that some of the injured are in critical condition.

However, the provided number of “300” killed Kurdish fighters is likely untrue as the “300 Russian mercenaries”, which had been killed by US airstrikes in the province of Deir Ezzor, according to “Twitter sources”. The article on the isse has been already deleted from the Daily Sabah website. However, it still can be found via Google. Reports about the 300 killed Kurdish fighters, 300 Russian private military contractors allegedly died from US airstrikes, thousands of killed “terrorists” including “Daesh” members by the Turkish Armed Forces in Afrin and mysterious chemical attacks conducted by “the Assad regime” every time when the Syrian Army is gaining ground somewhere across Syria are clear example of the ongoing media standoff in Syria. Different sides of the conflict use false reports and propaganda to push own agenda in this war.

Since the Kurdistan card is no longer viable, it’s time to fall to plan F. Nothing seems to work for the US.

Nope because everyone knows their stupid tricks through & through by now. They are all laughing their ass off…… Hi Ho Silver… on a F*cking Lame Horse…… Hey Cowboy try something New….. something Refreshing…… and their ZioNazi-Think-Tank is producing CRAP! I thought them ZioNazis were so Smart…… at least that is what they think of themselves……

Hide Behind
Reply to  Wegan

Nothing works for US?
US has utterly destroyed Syria set it into below 3rd world standards for decades to come, so weakened its military that it dare not take on Isrsel, US increased its control of Midwest lands. EMPIRE EXPANDED FROM IRAQ, and a huge chunk of Dyria. Yup nothing works for US.
MILLIONS LESS PF ARABS WITH MPRE TO YET DIE. CONTROL OF ROCHEST PIL FIELDS IN IRAW AND SYRIA ALONG WITH MINERALS AND TRSDE ROUTES OVG AGGHANISTSN.
Nothing works out for US.
They displaced millions of arabs, reducing them into low yowd beggers and used them to kill each other off by religious fanaticism Sounds like somebody is Losing something and it ain’t the US.

It could have been a mistake. Remember, macho America has a long history of not checking anything out before they take action.

One hopes that Syria can develop a well defended air-base at Dier Ezzor to pacify the region.

It is gonna happen soon.

You will pay it?

Don’t be silly, They are going to get the illegal invaders to pay for it!!!

Sure it was a mistake.How dumb do they think we are? The only people I believe is the Syrian Govt.My 1st thought was of some type of understanding between the Turks and the Yanks…
Everyone understands that both play the game and usually they do so together.

@southfront
Please don’t put the header as if it’s true.

zman
Reply to  as

That’s why the header says: Media: US-led blah blah blah… this story is primarily about the news article itself. It’s FARS that should learn to vet their stories…especially when quoting rags like Daily Sabah.

This is just low class Turkish propaganda from Sabah, the mouthpiece of AKP.

There is no lower then USA.traitores ,to terminate with unnessesary AKP ,when they need to apease TURKEY !

Bs just piles up. Turkey really needs that wedge between the us and the kurds

Who belives what Daily Sabah writes?
It is not worth to be read.

Maybe more than half than that number. Maybe 90 or such…

And America is full of shit :)

Everybody can make that trick. Just see me:

BREAKING BREAKING BREAKING
“More than 34 US Marines were killed and 2 US Apache helicopters destroyed in an secret missile attack by Turkey forces on an ISIS/YPG base near Manjib. US deny it happened and deny anybody died”.

All of you guys would be running with open mouth telling everybody about it. Its that easy man.

It’s not the first time that USA target SDF “accidentally”.

And, I noticed that Turkey knows about propagenda media war. When they launched their operation in north Syria, they take exactly the same steps as Americans and israelis do when they want to attack another country.

Maybe, Assad and Putin must learn something about it instead of being polite and being bullied. XD.

Another report yesterday did nit give numbers BUT it stated that the dead were US backed Arab Tribal Fighters.

They could well be the ISIS tribal fighters who defected to the US / Kurds when the oil wells defended by these ISIS Arabs changed sides.

Perhaps its in the US interests to degrade her new found Arab friends as they are arguing about the Kurds stealing their homes. :)

I think Turkey idea were the same which is to thin the Kurdish ranks in the SDF so as to make the arabian ranks more relevant in it with the end goal of friendly SDF that ready to make concession to Turkey.

Being able to figure out what the US military is doing is a formidable task. They are capable of anything…disinfo being the least(albeit most used)of their tools. It could be revenge…maybe they heard they were going to defect…maybe they didn’t brush their teeth. Who knows?

Finally the US threw some bombs on some ISIS aligned Radicals…. applause……

Well you can listen what they (the US military) says, or take clues from their acts… It looks as if the USA just wants Syria to be in eternal chaos, with Israel being the only party that profits from every tank destroyed and every Syrian getting killed. That theory just about explains all their actions, and I must say they are very efficient – lots of Syrians are dead for a very low price.

So Karma does exist and sometimes it comes sooner than we imagine many.
And in that special case it seems to be 300 percent, at the rate of 3 dirty Kurds for every fallen Syrian hero.
What a coincidence or Karma, in the end the honorable Sirius army did not have to shoot a single bullet to avenge the honor of their fallen.

Terrorist killing terrorist, this could not be better for Syrians and others in the region.
This will solve a lot of problems for the SAA when they move into North Eastern Syria to liberate it from the terrorist who declared independence to form a terrorist base/state.

No, nothing/nobody was ‘mistakenly bombed’ as ALL targets were deliberately targeted on orders from Deep State – Pax Judaica (i$rael). Same thing in Iraq, Libya, etc.

Well in fact US protect the remnants of ISIS there to justify his presence and the US bases built there!…even sometimes makes “mistakes” by “friendyfire”…

wonder how many U S citizens and paid workers (wet work) have been killed ,captured or wounded inside Syria are they coming home for medical or just left in the fields?

And back from missions, after a clean hot shower, a meal, few beers and mced drinks, the American and Euro polots, officersand gentlemen all, will gather in Air conditioned debriefing room to watch movies of attack.
That announcing of a SNAFU, f up in plain english, by somebody unknown led them to blow the hell it of friendlies, may case a few choice cud words, not any, from airmen.
After all it was not they who d’s up. They flew the mission professonaly and did a damn fine job at destroying someboby unknowns taret.
At least it was not all Amercans.
The was Amercans are not known to the unknown unseen somebody that sends body in flag raped coffin back home.
The briefer praise pilots effeciecy, and promises they will have beer Intel from now on.
Pilots leave, guilt purged from mind, payday next week that is ore than a Kurds yearly, two yearly wages than what was paid y same payastrr to those they blow in whereever.
Back home we lift a beer t son pool faced punk in a military uniform and say, “Thank you for your service”. HEY BARKEEP ANOTHER BEER AD ON DO OUR OLDIER.

The US build up is continue in Eastern Syria. Its look like US wants heavy attack on Eastern Syria. Putin could bring an effective air defence missile systems along with enough army strength to counter US terrorism threat.

It’s very common for American pilots, it’s considered shameful for them not to drop their bombs, so even if they can’t find the target, they bomb anyway.
Also, and I think this is a big factor, all American pilots are given amphetamines, to increase alertness.
Watch Breaking Bad if you don’t know what amphetamines do to the human mind.

So what drugs messed you up? 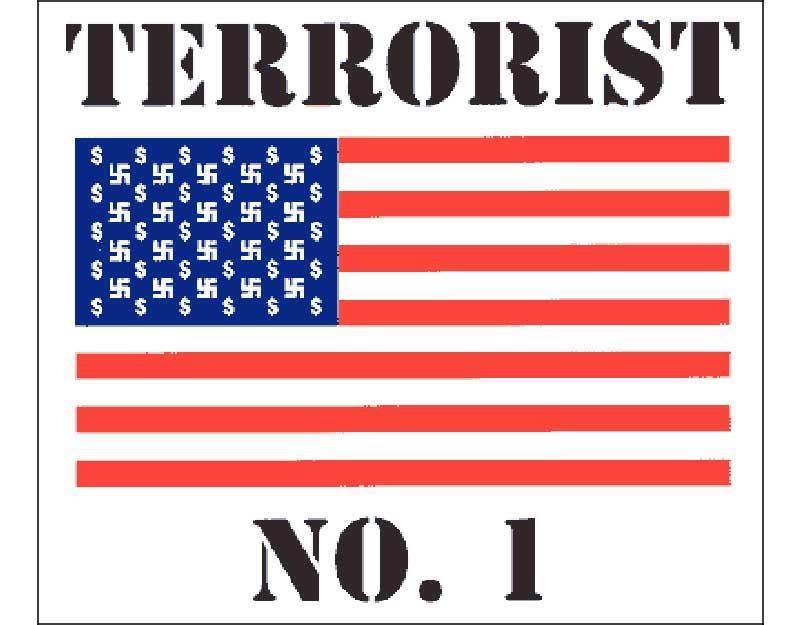 wrong. you need to replace those swastikas with stars of david.

They’re pretty much interchangeable really, zionism is a fascist ideology after all. 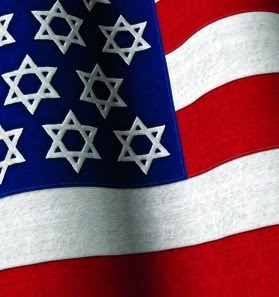 Wouldn’t make any difference. Both are the occult signs with nearly the same meaning.

Maybe we can bet in the ISIS casino how many they really killed!

Well done. Kurds will soon turn against the US and possibly seek alliance with Damascus

The eastern syrian Kurds are too stupid. They now believe in USrael.