According to a source in the Russian foreign policy circles, Moscow may close the Russian embassy in Kiev and to withdraw all its diplomats from the country in response to the Ukrainian intelligence’s attempt to organize sabotage in Crimea. 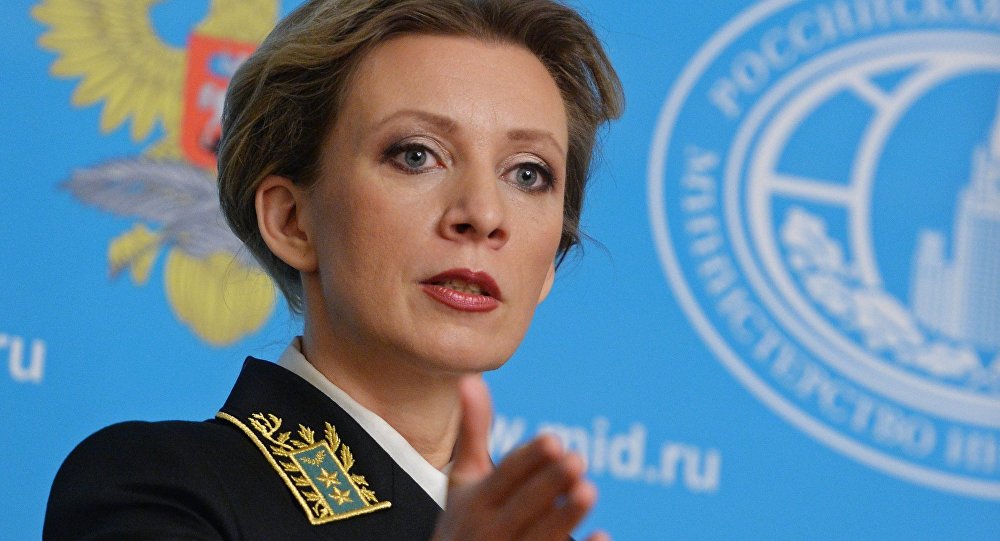 Maria Vladimirovna Zakharova, the Director of the Information and Press Department of the Ministry of Foreign Affairs of the Russian Federation © Sputnik/ Valeriy Melnikov

Moscow is considering options for a response to the Ukrainian intelligence’s attempt to organize sabotage in Crimea, a possibility of severance of diplomatic relations between the two countries is currently discussing, the Izvestiya newspaper reported, citing a source in the Russian foreign policy circles.

Earlier, the Federal Security Service (FSB) reported about the prevention of terrorist attacks, prepared in Crimea by the Defense Intelligence of the Ukrainian Defense Ministry. Two Russian military were killed during the detention of saboteurs. Russia’s president Vladimir Putin said that the country “will not pass by this”, commenting on the death of the members of the Military and Security Forces.

According to Izvestiya, in response, Moscow may close the Russian embassy in Kiev and to withdraw all its diplomats from the country.

“A severance of diplomatic relations may become one of the possible hard answers. This variant is discussing in Moscow. However, the last word rests with the head of state, who will take a decision on the basis of collected data,” the source of the newspaper said.

“The break of diplomatic relations is the prerogative of the head of the state. But Moscow needs to reconsider its relations with Kiev, taking into account the latest events,” Deputy Head of the International Committee of the Federation Council, Vladimir Dzhabarov told Izvestiya.

The Ukrainian government has not yet approved the candidacy of a new ambassador, Moscow’s interests in the country are represented by Charge d’Affaires Sergey Toropov.

Earlier, Russia has requested an agrement to the appointment of Mikhail Babich, who was supposed to replace retired Mikhail Zurabov. In response, Deputy Head of the Ukrainian Foreign Ministry, Elena Zerkal, said that Kiev does not consider this issue.

A spokesman for the Russian president, Dmitry Peskov, noted that Moscow still proposes to appoint a new ambassador, but if Kiev wants to reduce the level of the diplomatic relations, “this is only its choice”.

Give them the same treatment you give to ISIS. They are both terrorist organisations who murder civilians and burn them to death. They sabotage, blow up civilian infrastructure, wear opposing forces uniforms and so on. Begin the air campaign to liberate the Ukraine from foreign influences now. Oh yea, they also overthrew the peoples democratically elected president. Ukraine is now a failed state, because Mi6 and CIA were allowed inside of it.

Please at least intruduce yourself as a rep of putin’s troll forces with daily asigments to spread stinky russian pre-war invasion propaganda.Russia always been , is and will be and remain an aggressor and occupant of other countries.Shame on so stupid russian nation .russian-idiots trusting new era hitler/putin leading them into the darkness.In the history only Poland was able to gave a lessons to this cheap bustards to teach cave man russions where they shouldnt put they disgasting footwraps along with they poising vodka