On May 7th, highlights from US President Donald Trump’s fabled “Deal of the Century” for a solution to the conflict between Israel and the Palestinians, were leaked from Israel’s Foreign Ministry and published by Hebrew-language newspaper Israel Hayom.

Officially, no information has been confirmed and the US will reportedly reveal the deal during the Muslim Ramadan, which will last through June 4th. Map of Israeli settlements in the West bank, which according to the alleged “Deal of the Century” would be annexed by Israel. Click to see full-size image

The main points that Trump’s son-in-law Jared Kushner has come up for the solution are the following:

“New Palestine” would further receive financial support from the US, the Gulf States and the EU. Around US$30 billion will be received by Palestine over five years with additional support for specific development projects like building roads, from Australia, Canada, Japan, and South Korea.

If Hamas or the PLO refuse the deal, the US would allegedly cancel all of its, already limited, financial support to the Palestinians. The US would also reportedly exert pressure on other countries to follow in suit.

If Palestinian Authority head Mahmoud Abbas signed the deal, but Hamas refused it, a US-backed military intervention would begin in Gaza until the complete defeat of Hamas and Islamic Jihad.

If Israel were to refuse the deal, the US would cease all of its financial support to Tel’Aviv, which amounts to about $3.8 billion per annum.

Former Israeli Ambassador to the US Michael Oren, on Twitter, claimed that “Hamas must go.” But any actions by Israel, which is ready to act, with the blessing and support of the US and other Arab Gulf States should happen only after the Israeli holidays and Eurovision end.

Hamas must go. Right after our holidays and Eurovision, Israel must evict Hamas from Gaza. The U.S. should back us militarily and diplomatically and, together with Arab states, commit to Gaza’s renewal. Peace in the region is impossible with Hamas in Gaza. Israel is ready to act.

It’s a bad deal, although there are some parts that I like, especially the sharing of Jerusalem. I strongly advise the Palestinians to take it though. Because a bad deal is still better then no deal. And you an argue that its a bad deal, that the Jewish settlers stole the land and that the Palestinians deserve it back. But that’s just the way it is. The wet dreams of many here aside, Israel is here to stay. Even if the US were to stop subsidizing Israel it would still remain, if only thanks to its 200+ nuclear armed ballistic missiles. It’s not going to magically go away. (cue a thousand angry reactions of accusing me to be a hasbara troll)

A bad deal is still better then no deal. The Palestinians already refused the deal that was almost reached in the last days of the Clinton administration when Ehud Barak was Israeli prime minister and I reckon that one was already 10x better then this one. Judging by how Israeli politics is developing the next deal that will be offered will probably be 10x worse then this one. If Netanyahu agrees to this deal there is even a chance Israel will uphold it. Only Nixon could go to China. Only an Israeli hardliner can sell a deal like this to the Israeli public. And even if it did renege on it (highly likely) I still think it improves the negotiating position of the Palestinians that they at least accepted it. The blame of faillure would then be on Israel instead.

A bad deal is still better then no deal and the current situation. Nobody’s lives have ever improved from preferring to be stuck in a victim mentality.

More info on ballistic nuclear missiles? I keep hearing it but do you have more info?

The Apartheid South Africa was a nuclear power…………don´t exists anymore………..

Nope, better to die with dignity than accept such trash

There is no dignity in dying. Dead is dead. The dead have no dignity, they are just dead.

Deal of the Century:
1 – Either Palestinians totally disarm and agree to end hostilities and enter peace
2 – Palestinians expelled from West Bank and Gaza and relocated to countries that’ll accept them
3 – IDF completely demolishes ALL gaza terrorists without restraint, and fully annexes West Bank which is rightfully part of Israel, along with the gaza strip

The zionists are killing and expeling palestinians for the last 70 years…….but Palestine is alive!!!!

You can call me Al
Reply to  alejandro casalegno

Block him, report him.

Valerianus Maximus
Reply to  You can call me Al

Reported him for hate speech against a group – specifically, advocating genocide of the Palestinians.

You can call me Al
Reply to  Valerianus Maximus

I think that is the one I did as well.

You can call me Al
Reply to  Jacob "Wraith" Wohl

That is it; enough with you now.

Jacob "Wraith" Wohl
Reply to  You can call me Al

I don’t know why the world countries especially the ME countries are so silent on America terrorism in the rigion. Are they on any type of psychic drugs or they waiting for blackmoney from America. One by one America will fck each leader and their nation, wait. Shame.

America is on verge of destruction. Their economy has collapsed. Their country only run on oil money from Saudi kingdom, UAE, Kuwait etc. which are US proxies. Their are sanctions on those countries which are not proxies of America.

the only solution is WAR …kill them until there is not a single Zionist left in Palestine and take the PLO with them.

Essentially the so called Deal of the Century is a return to medieval times when castles ( Jew settlements) dominated the high ground and the peasants (Palestinians) lived in relative isolation from each other in easily cordoned off areas.

Its a terrible deal.

forget it -it’s a figment in the heads of netanyahu and jaredkushner – both soon to be seen swinging from lampposts outside knesset. will be fun, unless of course mohammed bin salman is there before and khashoggies jared kushner for slights, real or perceived, which mbs is prone to take seriously. anyway, both outcomes something to cheer for and await with anticipation.

No Palestinian will sign this condemnation to perpetual submission to the Jews, in Palestine there are 6 million Arabs who are entitled to their independent democratic state for Muslims, Christians and Jews, with the territories of 1967. The 6 million Jewish followers of the Talmud can living alone, as they wish, in their racial state for Jews only with their sharia which is the Halakhah. 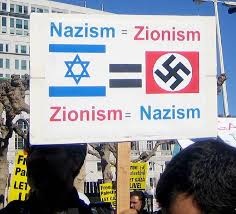 You can call me Al
Reply to  iosongasingsing

I unfortunately think it has gone past the 2nd signature now. Words fail me.

How much do you want to bet that no one told China about this one yet.

“A highway would be built to connect the Gaza Strip to the West Bank 30 metres above Israel. Funding for the project will mainly come from China, which will pay 50% of the cost”

Why China and not the Gulf states or the U.S. or Israel to pick up the main cost, this is funny.

so Israel gets land out of the deal and Palestinians get Israeli protection.

“An agreement will be signed, according to which Israel will guarantee the Palestinians’ protection from all outside aggression and will be duly remunerated for the service..” – Typical Zionazi doublespeak. The home invader / rapist is now offering to protect the raped, brutalized homeowners from any external aggression and the poor, raped /robbed homeowner must now pay the home invader / rapist for this protection service . . .WTF?

A minor carrot in the form of roads, open trade and money and a major ‘Bear Killer’s baseball bat.. Refusal means the US-sanctioned or, even, direct destruction of the Palestinan State and the creation of a puppet directed and ‘protected’ (for a price) by the State of Israel. This deal should be good until it tuns bad. And it will.

What Israel and the US both need is NOBODY – to negotiate with, to agree with, to target or to blame. Make this Trump’s ‘final solution’, directed at Palestinians.

The zionist entity is contained at this point and well past any ability to fight a real war. The chaotic defeat of the zionazis mercs in Syria has demonstrated a complete of control of the ME by the globalists other than in the vassal gulf states.
The west is in no position to impose any terms in the ME.

Morons like Trump who think they are smart are very dangerous when in power.