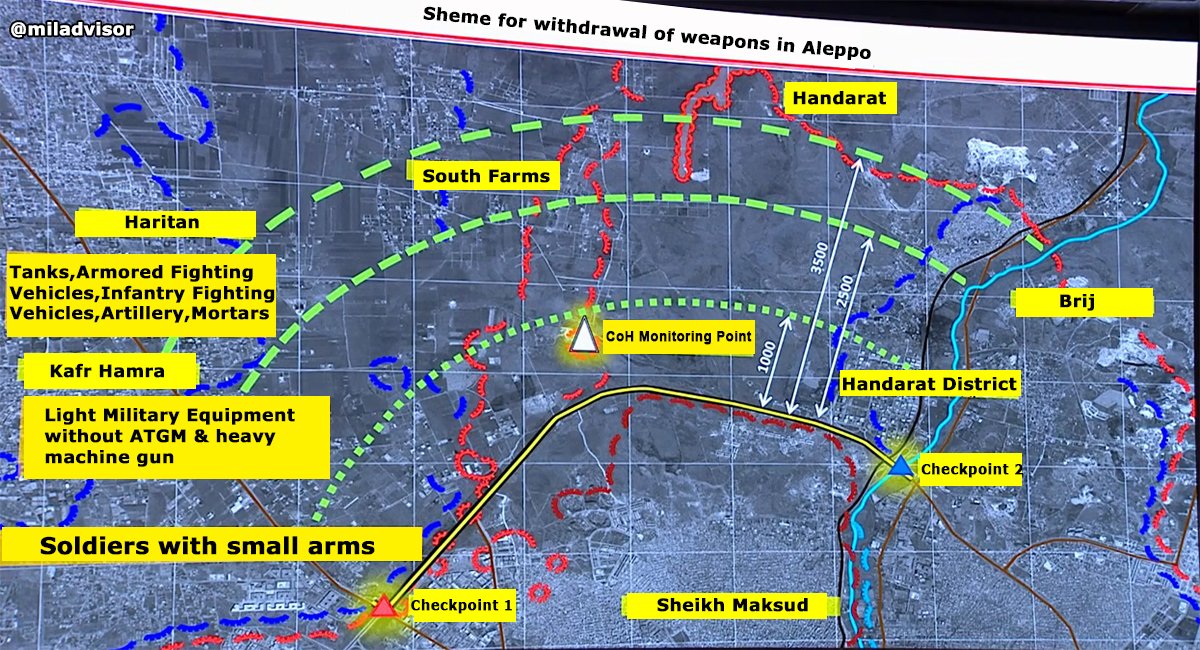 On Thursday, the United States Department of State announced that it will not share the full text of a recent deal with Russia on a truce in Syria.

“It does deal with sensitive issues that we believe, if made public, could potentially be misused to misinterpreted or used by — I know Secretary [John] Kerry talked about the spoilers or would-be spoilers of this,” spokesman for the US State Department, Mark Toner, said.

Toner added that if the text is published, it may put ‘opposition groups’ at risk, implying that possibly their names and locations are specified there. Considering these ‘opposition’ guys are mixed with Al Qaeda (Jabhat Al Nusra & Co), it becomes obvious why the United States aviods publishing of the agreement’s text.

However, the Associated Press has obtained additional information on the US-Russian deal through own senior defense and military sources:

Senior defense and military officials told The Associated Press that they are sorting out how the U.S.-Russia military partnership will take shape and how that will change where U.S. equipment and people will be deployed. They said, however, that they will need to take assets from other parts of the world, because U.S. military leaders don’t want to erode the current U.S.-led coalition campaign against the Islamic State group in Iraq and Syria.

More military planners and targeting experts will be needed to identify and approve airstrikes against the al-Qaida-linked Jabhat Fatah al-Sham. The U.S. has rarely bombed the group, previously known as the Nusra Front, and the targeting is trickier because the militants are often intermingled with other U.S.-backed Syrian rebels.

The AP’s sources emphasized the so-called “broader skepticism about partnering with Russia” and noted that they spoke on condition of anonymity because they weren’t authorized to talk about the matter publicly.

The AP and other reports by Western media simply ignoring few obvious conclusion that could be reached from this information. Let’s help them:

So, if the agreements are published, the United States will have no options to maneuver over the deal. By now, Washington has hoped to ingore its obligations on Syria, using some PR moves and it has no real intention to separate the terrorists from the ‘moderate’ opposition. This is why the US State Department does not want to publish the text of agreed documents.

Major tensions between the Obama administration and the Pentagon have been reported. Most likely, this leak is result of an attempt by the Pentagon to put additional pressure on its opponents in this political competition.

In short, the U.S. does not want to have any accountability regarding the agreement and they don’t want to risk waking up the slumbering, incompetent U.S. media into realizing that we are supporting Al Qaeda aligned rebels. My disgust with the current situation has reached an all time high.

very too short. Its much more complicated than Kaida or not.

Might help looking at a Syria Iraq civil war-map. Its not only making some ceasfire, but there is no after that planes yeat. How can Assad ever be leader og the whole Syria. Shoukd he. well Damaskus then? Who will accept this. Is FSA really something You can count on too. They want a united Syria as well as Assad. Bothe of these wont give Kurds any autonomi. Should the solutiont then be 3 states or many by a lot of autonomis than.

Should everybody move to – lets say 3 – 5 regions – where the afterwards live by which homogen criterias.

I only see Kurds has something real today. But thats only a small part of the countreand the others seems not to allow that. It doesnet solve anything for the rest.

I know you hate Obama, but falling inline with the Russians is fuqtarded. The citizens of Aleppo joined groups, and all had Assad as their enemy. What would you have done given the choices they had?

Fucking CIA troll joins the Assad demonization PR campaign. This is just a trick to hide the fact that Israel prefers ISIS to a strong Syria. You can use Israel and USA interchangeably. USA are the condoms of Israel, and this LGBT just loves to be fucked, it is so fashionable in the USA.

But Washington has warned Russia that unless aid is delivered to Aleppo, it will not move ahead with the formation of the joint coordination center.

Somewhere closer to the action, in neutral territory, a warship in the Mediterranean, perhaps?

Well I think the world’s supreme leader should be Condoleezza Rice, so I suggest Condi for political authority for the joint coordination center. …

Jordan, apparently, if this report about a similar proposal confined to anti-al Nusra operations mooted in July is anything to go by.

The Hill – Report: US proposes joint facility with Russia to target al Qaeda in Syria http://thehill.com/policy/defense/287732-report-us-to-propose-joint-facility-with-russia-to-target-al-qaedas-syria

“Under the proposal, the Joint Implementation Group would be headquartered in Amman, Jordan. Each country would maintain separate offices, as well as staff a joint coordination center “to exchange intelligence and operational information.”

Operations against al Nusra would be coordinated, with both countries agreeing to targets beforehand. Only one country’s military would carry out an operation, but “at some point, national authorities may authorize the participants to coordinate on integrated operations,” the proposal reads.

Also, one country could target al Nusra without telling the other in the case of “imminent threats,” the proposal says.

Regime forces would also not be allowed to fly in “designated areas” where al Nusra is located. There would be exemptions, though, for medical evacuations, personnel recovery and humanitarian assistance.

Meanwhile, operations against ISIS would be “independent, but synchronized,” the proposal says.”

No one person calls the shots it seems. Both countries would hold a veto over operations.

US-led coalition jets have targeted positions of the Syrian government forces near the city of Deir ez-Zor, resulting in at least 62 death and more than 100 injured soldiers.

So presumably, if this joint facility had been in operation the US would have “synchronised” with the Russians before attacking what they thought was ISIS and would have been told “Woah! Those are SAA!” by the Russians and hopefully the attack called off?

Well I could salute that.

I still think we need Condi in there somewhere though. __