In June 2016, the UK Ministry of Defense concealed the fact of a failed launch of the Trident solid-fuel ballistic missile. 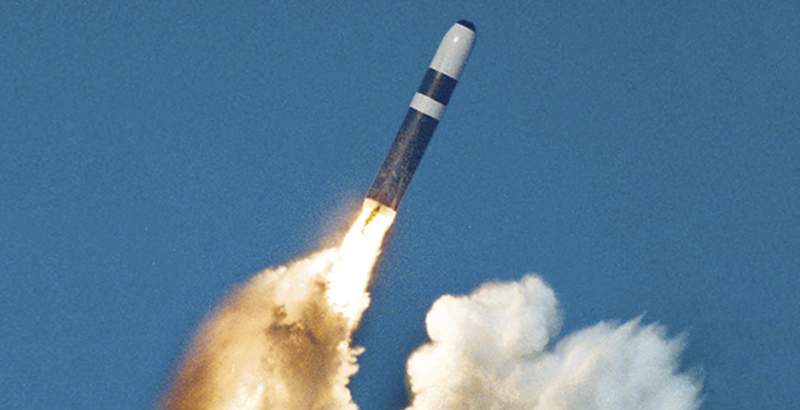 The UK Defense Ministry concealed the fact of a failed launch of the Trident solid-fuel ballistic missile, which took place in June 2016, the Sunday Times newspaper reported, citing a source in the Naval Service of Great Britain.

According to the newspaper’s source, the Trident II D5 missile, capable to kill millions of people, was fired from the British Vengeance submarine, which was stationed off the coast of Florida. The missile went off its course and flew towards the American coast. As the source noted, the Trident II D5 did not carry a nuclear warhead during the test. However, he did not specify a reason of the incident and just pointed out that the problem emerged after the missile took off under the water.

“There was a major panic at the highest level of government and the military after the first test of our nuclear deterrent in four years ended in disastrous failure,” the source said. “Ultimately Downing Street decided to cover up the failed test. If the information was made public, they knew how damaging it would be to the credibility of our nuclear deterrent.”

As the newspaper noted, the incident occurred just a few weeks before the voting of the crucial House of Commons of the British Parliament on the fate of the Trident ballistic missiles. At that time, the UK Defense Ministry did not released details about the missile launching and only reported that it was successful.

According to the Sunday Times, UK Defense Secretary Michael Fallon will be called to the House of Commons to give an account of the incident.

In July 2016, British parliamentarians supported a program of the Trident’s modernization, which costed £31 billion (about $38 billion).

Good job the stray missile didnt head in Putins direction don’t you think? How long are we going to risk this wonderful planets complete destruction for the sake of military development budgets?

38 bln on a failed test which could have killed millions. And poverty and wars still rampant. Sigh, mad and evil world

The UK have had old problems with their nuclear capabilities for a long time. Lack of investments in new technologies and (new) maintenance technology.

Russia probably saw it happen from space and became highly suspicious that a false flag attack was underway – something they would get blamed for to such an extent, their entire nuclear arsenal was put on DEFCON 1.

“British Vengeance submarine, which was stationed off the coast of Florida”

British boomers patrol off the Florida coast? That makes sense I guess as it means the flight time of missiles to the target (Washington DC) is much reduced… /snark