According to British media, the EU has started to panic due to a friendly and constructive phone conversation between Russian President Vladimir Putin and US President-elected Donald Trump. 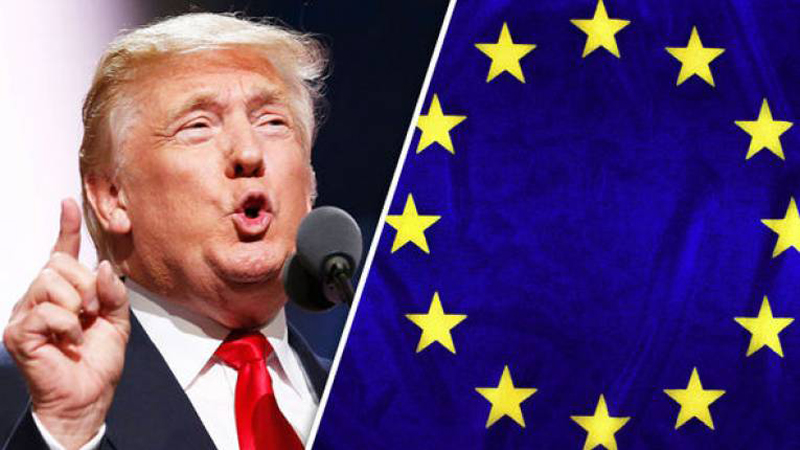 A phone conversation between Russian President Vladimir Putin and US President-elected Donald Trump has caused panic in the EU, the British Express news portal reported on Monday night.

According to the author of the article, Patrick Christys, the fact of the benevolent conversation between the US and Russian leaders scares leaders of the EU, as it means a “new era” in relations between the two “rival superpowers.” The EU fears that Washington can leave Brussels aside on the sphere of its interests.

According to the website, during the historical conversation with Trump, Putin congratulated him on his “shocking victory over Hillary Clinton” and expressed a hope that relations between the two states would be significantly better than in Barack Obama’s days.

Will remind, during the telephone conversation, held by mutual agreement of the sides on Monday night, Putin and Trump agreed to reduce tensions in the relations between Russia and the US, discussed joint counteraction against terrorism, and underlined the importance of developing trade and economic relations between the two countries. The conversation was held in a friendly and constructive tone.

The leaders also agreed to hold a private meeting in the future, preparation for which will engage representatives of the both sides.

The euro politicians are a waste of space. Just shows how diminished they are.

They are not even politicians but technocrats who don’t give a #*%$ about people and their wishes or aspirations.

and the greatest traitors history has seen so far, i may add.

people like Merkel and Hollande are surprising in their willingness to be serfs. They are almost begging Washington not to cease their enslavement. Euro populations should bring out the guillotines from the warehouses.