On August 7th, “World Mask Week” began on social media. It should run through to August 14th.

Want to know more about #WorldMaskWeek and how you can get involved? You can learn about the movement, why masks matter and so much more by clicking the link in our bio. ?

A post shared by Pandemic Action Network (@pandemicactionnetwork) on Aug 5, 2020 at 8:48am PDT

Everybody can join in support – all that’s needed is to publish a photo or video in masks in social networks with the hashtags #worldmaskweek.

The rate of spread of the coronavirus remains high: hundreds of cases are reported daily, there are repeated outbreaks of the disease and signs of a new wave of the pandemic.

Still, the situation is admittedly being made somewhat worse by the premature softening of the mask regime, changes in the strict rules of social distancing and requirements for personal hygiene measures, the organizers of the action note.

“Right now, it is critically important to join forces and remind the public that simple tools such as wearing masks along with regular hand washing and keeping physical distance can dramatically reduce the number of infections, stop the spread of coronavirus and save hundreds of thousands of lives. In this sense, the readiness of federal and regional leaders to take effective and consistent measures is extremely important so that as many people as possible wear masks and feel responsible for the life and health of their close friends,” says Vladimir Melnikov, General Director of the Grayling communications agency in Russia, representative of Pandemic Action Network in Russia.

It is, evidently, a very liberally-pushed agenda.

The situation has somewhat calmed down, with the exception of the US and Brazil, but still the hysteria is being heavily propagated by the World Health Organization (WHO) and MSM.

Actions and events such as these, however, attempt to focus on the current narrative – the pandemic is still very serious, and the hysteria shouldn’t be allowed to pass yet.

Due to various reasons, most of which come down to speculation, and have caused more than a single conspiracy theory form, limitations are still currently required on the populations of various countries.

An extreme form attempting to propagate the hysteria in a very, obviously, fake manner is the travel advisory by the US to New Zealand.

It is clear that the United States is the country suffering the heaviest from the pandemic, and still it issued a travel warning to New Zealand, which, at the time, had 23 active cases of the virus.

It is, furthermore, showing that the 2009 swine flu pandemic infected much more people and was met with zero hysteria, and the pandemic passed, more or less, unnoticed.

Back then China was blamed for the pandemic, under the US President Barack Obama administration. The US reportedly had over 60 million cases.

US President Donald Trump is getting the entire blame for the COVID-19 hysteria in the US, while it’s currently infected just above 4.5 million.

It should also be noted that the Obama administration issued a massive $3.7 million grant to the Wuhan lab that’s been blamed for releasing COVID-19 into the public. Meanwhile, Russia announced that in September it’s beginning industrial production a vaccine. So the crisis may potentially be passing, however, it must first pass through the wall of disbelief that will likely be fueled by media reports. 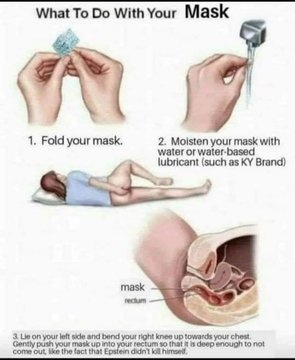 You keep Your low level well…

The bottom of public conversation.

You are arsing about again, Tommy. :)

how many do you have it there?!!
are you producing masked turds or masked farts only?
it is very gay and very brave of you to do that, in the same time…

i admit i had a laugh

This is not a mask, is a muzzle. They want to put a muzzle on our faces, this makes us more appropriate to serve the masters of the world.
But I say, they will eat their mask and they will wear their muzzle.
Because I don’t!

Fully agree with you, this is just a symbol for the party to being able to pick out their slaves in public.

We need guns not masks.

Obvious the article is highly infected too.

The problem with these “Foundations” is that they use their money and influence to codify their agendas.
The Guggenheim, Rockefeller, Carnegie, and Ford Foundations co-opted the US public “schools” around 1906 or so. Hence, the US has the worst and most expensive public “education” system in the entire industrialized world. Ford is famously for supposedly saying he didn’t want thinkers, he wanted workers.
Understand Rockefeller and the US health system. I say this as to preface what’s taking place via these foundations and the plan-demic. Know your enemy. Gates is just the mouthpiece for a cabal of like-minded moneyed interests with an agenda. I’m sure most of you are familiar with James’ works.
https://www.corbettreport.com/gates/

” Ford is famously for supposedly saying he didn’t want thinkers, he wanted workers.

And in the US circa 50% of the workers are wankers frightened to go to work.
A lot of them being government employees.

… a nation in which 87 percent of eighteen- to twenty-four year olds (according to a 2002 National Geographic Society/Roper Poll survey) cannot locate Iran or Iraq on a world map and 11 percent cannot locate the United States (!) is not merely “intellectually sluggish.” It would be more accurate to call it moronic, capable of being fooled into believing anything …”

I already made my choice. 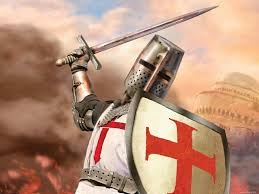 You are demonstrating your recrudescence, Tommy.
There is hope for you :)

I’m done caring about this virus anymore, we should all just follow the Swedish model and stop worrying about it. At this point wearing a mask in the streets is just people’s way of showing what a good little sheep they are (virtue signaling).

The cult of the face diaper.

COVID-19 is a medias “Terrorism”
showing the domed warmonger US Deep Power
with a broke unreliable Dollar….

They can’t challenge with fair-play China-Russia-Iran !