According to Congresswoman Maxine Waters, one telephone conversation between US President Donald Trump and Russian President Vladimir Putin, who “is continuing to advance into Korea,” is enough for impeachment of Trump. 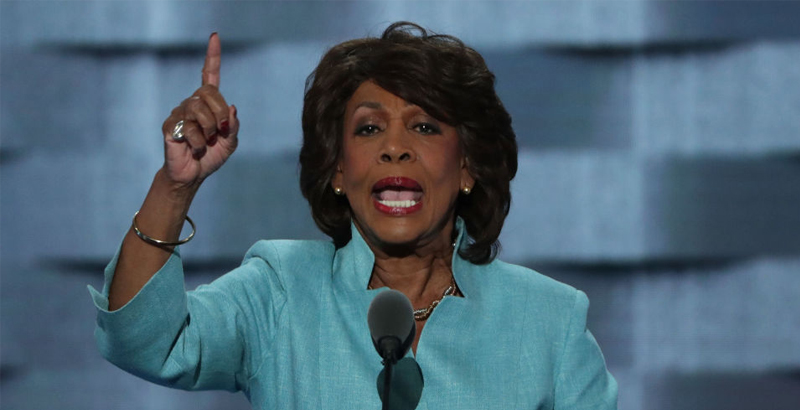 On Wednesday, speaking to reporters, Congresswoman Maxine Waters, a member of the US Democratic Party and a representative for California’s 43rd congressional district, tried to find a reason for impeachment of US President Donald Trump.

According to Waters, the fact that Trump has been “wrapping his arms around” (had one phone call with) Russian President Vladimir Putin, who has invaded… Korea, is an enough reason for such a move.

Obviously, Mrs. Waters just sees no difference between Korea and Crimea, about which she wanted to mention. What is the difference indeed, besides spellings, cultures and parts of the world?

“And knowing that he’s responsible for supplying the bombs that killed innocent children and families in, um, in, um,” she said, forgetting the name, before someone behind her murmured, “Aleppo.”

“And the fact that he is wrapping his arms around Putin while Putin is continuing to advance into Korea,” she continued

“I think he’s leading himself into that kind of position where folks will begin to ask, ‘What are we going to do?’ and the answer’s going to be, ‘Eventually, we’ve got to do something about him’,” Waters said, referring to Trump.

Nancy Pelosi, the Minority Leader of the House of Representatives, representing California’s 12th congressional district, immediately distanced herself from the comments.

“Many things the congresswoman said are grounds for displeasure and unease in the public about the performance of this president,” Pelosi said, adding that Trump has acted in a way that is “strategically incoherent, incompetent and that is reckless.”

However, according to Pelosi, it is not “grounds for impeachment.”

Also earlier Pelosi said “Seen nothing I can work with President BUSH on”. Check out the expression on Waters face standing beside her! Its Democratic high comedy.

It is only a brief matter of time before those maniacs begin a massive culling of the herd.

Maxine Waters is one of the better hacks in Congress. How sad.

The people of the World are in a lot of trouble.

The WSWS’s articles must be spread around more to enlighten the public.

Yes I read the WSW. What of it? Does not mean I am on their payroll. If you are looking for a fight from me not going to oblige you.

PS There are far worse things that one can read.

…You have a completely wrong idea here.

I’m saying that WSWS articles must be spread around more in order to educate the public about what’s going on. I know that you go there and I do too.

If I do, I apologize.

Senile and ignorant old women: Palosi and Waters. They should retire before they push the wrong button and their botox falls off, or they launch another war. Massive ignoramuses!!!

Remind me again, why these ignorant fools keep getting their jobs back every election?

The creatures of the Washington swamp do not let their territory go easily. Trump’s congressional term limits are like an incoming atomic bomb to these know-nothing, career-politician parasites. No wonder they can’t stop hysterically attacking him.

I can’t believe people like this can get elected into congress, personally I’d elect her into mental hospital

How do these bimbos even get into those positions of power and authority unless it is part of a larger plan to have idiots leading the lesser idiots.

President Trump have said he want to limit the term of the congressmen and congresswomen. He better quickly sign the executive orders.