After being arrested over the summer in a sting that was orchestrated by US and European law-enforcement agencies, Russian-born Alexander Vinnick, the purported creator and operator of shadowy digital-currency exchange BTC-E, appeared in a Greek court late last week for the first of what could be several hearings to determine where he will ultimately stand trial, CoinDesk reported.

As we reported at the time of Vinnick’s arrest, the 38-year-old Russian man was wanted in the US on suspicion of masterminding a money laundering operation involving at least $4 billion in bitcoin transactions.

Alexander Vinnik was arrested in a small beachside village in northern Greece on Tuesday, according to local authorities, following an investigation led by the U.S. Justice Department along with several other federal agencies and task forces.

Before Vinnik’s arrest, US officials had identified him as the operator of BTC-e, an exchange used to trade the digital currency bitcoin since 2011, according to a statement from the Justice Department. 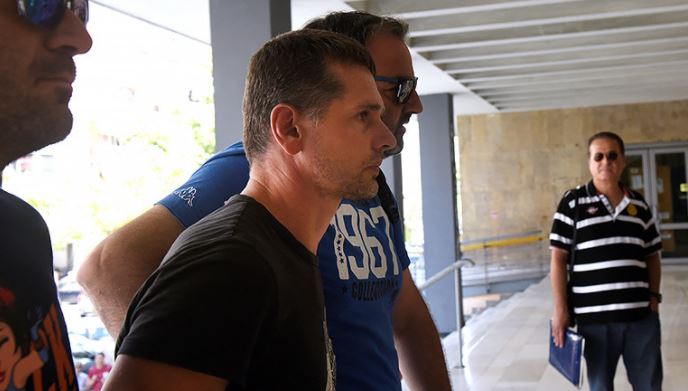 In initial reports of Vinnik’s arrest, US authorities had linked him to what seemed like every major crime involving digital currencies in recent years, including the failure of Mt. Gox, a Japan-based bitcoin exchange that collapsed in 2014 after being hacked. According to law enforcement, Vinnik “obtained” funds from the hack of Mt. Gox and laundered them through BTC-e and Tradehill, a San Francisco-based exchange that he owned, they said in the statement.

But while the US has portrayed Vinnik as the sole operator of BTC-e, European authorities are apparently skeptical of this view.

According to CoinDesk, one of the biggest questions following Vinnik’s arrest is his now-murky association with the company. In his first interview after being arrested, Vinnik admitted he worked for the exchange.

Further complicating matters, Vinnik is also wanted for fraud charges in his home country, raising the possibility of an international custody battle. According to Russia Today, he has agreed to be extradited to Russia, though no hearing date on that matter has yet been set.

The Thessaloniki court was supposed to issue its decision on Friday, but eventually postponed the ruling until Oct. 4.

“If the court decides to extradite him, we can appeal the decision, and the appeal will be reviewed by the Greek High Court, which is in Athens, and which is responsible for criminal cases,” Alexandros Lykourezos, a renowned Greek lawyer who took Vinnik’s case, told RT.

For his part, Vinnik is pushing to be extradited to Russia.

A northern California grand jury indicted Vinnik and BTC-e on 21 counts of money laundering and related crimes. If extradited to the US, the Russian may reportedly face up to 55 years in jail.

Meanwhile, Vinnik’s wife, Aleksandra, traveled to Greece for the hearings. She hopes that the Greek court “won’t take on the responsibility of extraditing him” and says she is ready to fight for her husband “until the end,” she told RT in an interview.

“No matter what, I will fight to the bitter end. Just as I fight for him here, I will fight for him in America or any other country, until the end. Because I think justice must be served. And justice will be for my husband to be in Russia,” she said.

One Russian cryptocurrecy analyst who spoke with Russia today accused the US of trying to “impose its rules on everyone” by prosecuting Vinnik.

“The indictment shows that all computer incursions, fraud and extortion were conducted via the BTC-e. But there are more than a hundred platforms that have the same properties and where you can make a crypto exchange without registering,” he said.

“America wants to impose their rules on everyone, because they invented the internet,” he concluded.

BTC-e was shuttered soon after arrest, with a notice appearing on the site saying it had been seized and shut down by law enforcement. However, an account purporting to speak for the exchange announced soon after Vinnik’s arrest that all customer bitcoins would be returned – though it’s unclear if this was a legitimate announcement, or if the exchange followed through.

I hear that Islamic no-go zones are a wonderful place to live in, so much extra cultural enrichment. Maybe you should live there with all of the peaceful Muslims?

The US only goes after people once they step on their toes. This guy did something they didn’t like and it wasn’t just a 4 billion laudering operation.

They don’t like successful enterprises and competition and they figured it being Russian everybody would believe what they said and the EU bankers were getting involved with pressing the charges.

Good thing that they’ve arrested him.

Where do you think the money goes when you buy crypto currency? Scam artist get most, the rest goes to the people doing math on computers for no reason, the hardware makers and electric companies. Do you think these people are going to pay you for your bit coin when the scam is up?

The US like to have a victim and scapegoat, whether they are guilty of said charges or not. Thre is no morality or justice coming from the US, they are in a moral abysss. they are without credulity and are utter hypocrites and corrupt barbarians, except worse.