The Krasmash plant is known for producing some of the most advanced missiles in Russia’s ballistic arsenal.

The fire is reported to have first engulfed the roof of the sprawling facility, but is as yet of unknown origin. State media sources have cited local emergency authorities to say the fire is ranked at a “category four” — representing the highest emergency response and difficulty for extinguishing a fire.

Firefighters told Sputnik the blaze has “reached 5,000 square meters (54,000 square feet), and a section of the roof has collapsed.

Video footage showed thick black smoke coming from the blaze which appears multiple blocks in width hovering over the city.

The Krasmash factory in Krasnoyarsk is reportedly on fire. Krasmash builds ballistic missiles, including the new Sarmat ICBM, and the Sineva and Layner submarine-launched ballistic missiles, as well as products for the space industry. 1/https://t.co/JcjBxqKDCi pic.twitter.com/pj2ynxBdFp

Russian emergency authorities have sought to assure residents that missiles produced at the factory are not in danger of exploding; however there are fears over the release of potentially harmful chemicals into the air.

Early reports suggest the fire is not concentrated in a main missile production part of the sprawling campus, but in a section leased out for refrigerator storage and production.

According to Russia’s RT:

The fire occurred at a refrigerator-making factory, which is also located on the premises. A roof of a warehouse that stores ice-boxes, before they are shipped to customers, collapsed. There were reportedly 5,000 refrigerators inside.

A mobile air testing lab and environmental crews have been reported dispatched to the site as firefighters continue to battle the massive blaze.

Russian military has cordoned of the area of Krasmash plant. 9 firefighting engines and 38 firemen deployed to the site https://t.co/LbqGvneaaw #Russia pic.twitter.com/dTfwwnDlhw One of the missiles produced at the Krasmash facility now on fire: the Sarmat heavy intercontinental ballistic missile, via Defence Blog

The Krasmash facility also produces the Sineva ballistic missiles, among others over the almost century of the plant’s existence.

At least it seemes limited not spreading out.Nice pictures for bad times.

Suck your daddy’s dick, suck bitch suck… another miserable day in your basement, eating shit there all day long, every day, until you die from cancer soon.

Whats up buddy , having another bad day sucker .

Maybee remarks like that work well in Your enviroments Armaq.

You are the same moron with many accounts. SF cannot eliminate you. Now take more drugs.

I have mentioned before that President Putin should have to keep eyes on Jews and on their sympathizers in his country. Russia could remove them from all key industries if not possible from Russia. Mark them all as Adolf Hitler has done.

Some great pics and video there EH .

Washington use Jews for military terrorism and World bank, IMF and sanctions for economic terrorisms.

The black smoke is like when polyurethane foam burns, so the fridge factory story makes sense.

HA HA funny and your comments make sense if your on Zanex .

Polyurethane foam is highly flammable, as pictured here.
Does the smoke look the same? 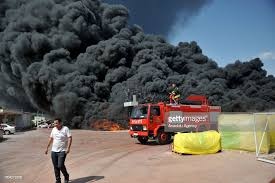 I agree, and I trust that any disruption to the missile facilities are minor.

To forestall US/Israeli plans to dominate the world, we need a country that is able to push the US back. At least until the US has been purged of those who embrace conflict anywhere , for their own personal gain.

Russia, courageously, has taken the baton to prevent the world being enslaved by the USA in my opinion. As events progress more and more nations will join with Russia to defeat the worshipers of Mamon.

Exactly 33 years after Chernobyl (26 april 1986), amazing ‘coincidence’ ….. btw why the hell they have refrigerator-making factory so close to ICBM plant?

I have a guess on that – only a guess.

Russia often has produced in Kombinates, where its all kind of productions in one. In Japan they had same thing in a capitalistic way and has named it as Zaibatzu.

You take up a product from the ground and makle it to anything. The same for corn/wheat. You make everything from the wheat even bags for bread.

And next: Russia never has been known for safety of any kind apart from pilot escaping by explosives.

Hope the fire is put out quickly and no deaths

I would have assumed they would have had some sort of fire suppression system in this building, especially if they were building components for missiles nearby that were at risk.