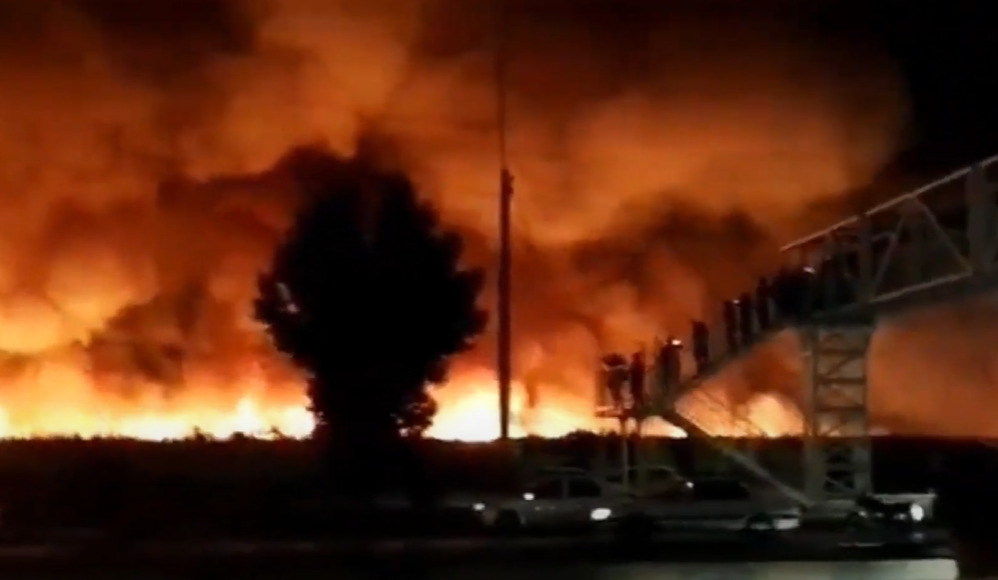 Screen grab from one of the fire videos.

Late on May 7, a massive fire broke out in the Iranian city of Bushehr, where a nuclear plant, an oil port and a military naval base are located.

Residents of Bushehr were quick to upload footage of the fire, which spread near the entrance of the city’s main port, to social media

According to the Fars News Agency, fifteen firefighters, six trucks and a tanker were mobilized to face the massive fire, which was put down within two hours. No human losses were reported.

The causes of the fire are still unknown. The Iranian media said that the authorities had launched an investigation into the fire.

Iran’s only functioning nuclear power plant is located near Bushehr, which is one of Iran’s’ main oil exporting ports. The coastal city is also a home to a repair and storage facility as well as a technical supply center and a R&D center for the Iranian Navy.

Last week, a similar fire broke out in Movaledan chemical factory in the city of Qom in central Iran. Several explosions were heard during the fire.

The recent fires in sensitive Iranian infrastructure may be the result of sabotage by the Israeli intelligence. Tel Aviv has been attempting to hinder the talks between the US and Iran in Vienna for a while now.

Meh. Someone dropped a cigarette.

What is the reason for the previous Discus forum being replaced by this basic format?

Don’t know but its crap.

@FlorianGeyer It looks like it’s due to US sanctions, as Disqus parent is under their jurisdiction.

How am I gonna block Jens and other “smart” people here now, lol.