Several explosions rocked a TPC Group Southeast Texas chemical manufacturing plant in the hours leading up to Thanksgiving, which could have a profound effect on the production of synthetic rubber used primarily in the automotive industry heading into the end of the year.

There were zero fatalities, but more than 50,000 people within a 4 mile radius of the blast were ordered to evacuate, according to FreightWaves. The first explosion happened at about 1AM on the day before Thanksgiving, injuring three people.

TPC Group said on its website: “TPC Group – is working with the authorities and are forming a team to complete a full investigation and root cause examination once the event has been mitigated.”

There were 30 people at the plant when the first explosion occurred. Additional explosions continued throughout the afternoon of November 27 and fires continued to burn throughout Thanksgiving day. Local officials indicated they intended to let the fire burn out on its own. 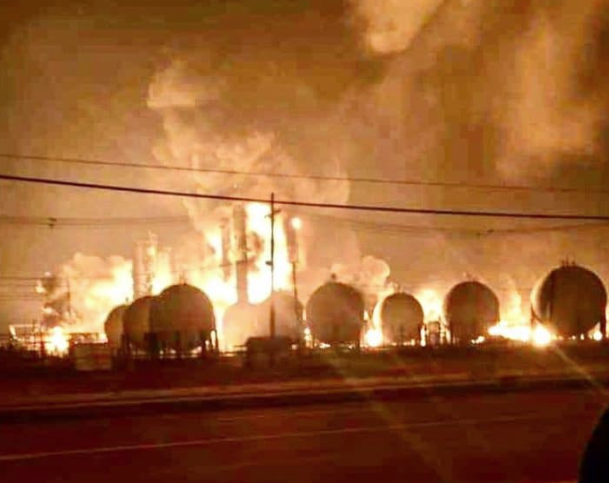 Jefferson County (Texas) Judge Jeff Branick said at a press conference: “I don’t think the focus is on putting the fire out, but letting the materials in there burn themselves out.”

Jefferson County is located about 95 miles east of Houston and the plant is located at Port Neches. The city runs “along the Beaumont-Sabine Pass ship channel near the Gulf of Mexico.”

Butadiene is used in synthetic rubber used for tires and automobile hoses and the TPC plant produces about 16% of the continent’s supply. Among TPC’s customers are Firestone Tires, Goodyear Tires and Dow Chemical.

The company’s website says: “Combined production capacity for this facility is more than 900 million pounds per year [of butadiene and raffinate]. Logistics infrastructure capabilities [at the Port Neches site] include pipeline, barge, rail and tank car.”

“TPC has not yet determined the full impact on TPC’s plant, operations or financials. It is not clear at this time for how long the plant will be shut down,” the company concluded.

Terrorists operated just under Homeland Security nose because of lack of funding and because we had to follow heavy democratic rules who prolonged and delayed everything.

It could very well be an innocent accident, or a typical western way of getting rid of overstocking and making way to much money on the cleanup and “increased prices due to low stock/high demand”

what a pollution! where is Greta?)))