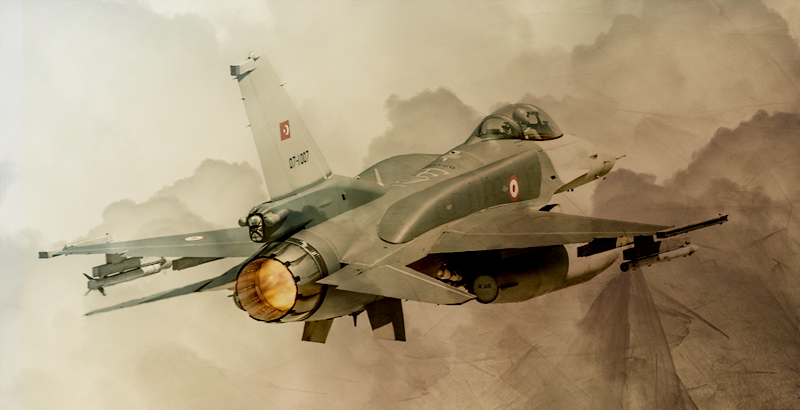 On July 20, alleged Turkish airstrikes targeted several resorts in Zakho district of the Duhok province in the Iraqi Kurdistan Region, killing or wounding dozens of tourists.

Chiya Amin, head of Zakho’s tourism directorate, said that at least eight tourists were killed and 23 others were wounded as a result of the airstrikes. Many of the casualties were reportedly women and children. According to Amin, tourists were part of a 200-person group that came all the way from the capital, Baghdad.

From his side, Zakho mayor Muhsin Bashir was quoted by the Rudaw network as saying that two round of Turkish airstrikes hit the town of Parakh. The local official claimed that members of the Kurdistan Workers’ Party (PKK) “were roaming the village, which led Turkey to bombard it”.

Videos from Zakho show an airstrike on a river-side resort as well as several tourists, including children, being rushed to the district’s hospital.

This was the single deadliest Turkish attack on northern Iraq since Ankara launched Operation Claw-Lock against PKK cells in the region in April. The aerial attack was likely a response to recent attacks by the PKK that claimed the lives of two Turkish service members.

The Turkish Ministry of National Defense acknowledged the loss on July 17. On the same day, five people were killed and two others were wounded when a Turkish combat drone targeted a vehicle in the outskirts of the town of Haj Dijlah to the west of the city of Mosul. While Kurdish officials said the casualties were members of the PKK, local sources said that they were civilians from Mosul.

Turkey has acknowledged losing a total of 38 service members since the beginning of Operation Claw-Lock in northern Iraq.

The airstrikes on Zakho led to a backlash in Iraq against Turkey as well as against the Kurdistan Government Region and the federal government in Baghdad who were accused by some Iraqis on social networks of facilitating Ankara’s military operations in northern Iraq. The airstrikes could provoke a serious response from the PKK, or even pro-Iranian factions.

Wow, turks are such alpha males picking fights on their level…

Attila the halfwit again. Still coping with those Turkish drones that were totally useless in Ukraine? Why do you even bother to show up here anyway? You have no reputation and no one takes you for real. You just some Turkey-fanboy with no clue on whats up. Spare us that embarrassment of your cheap propaganda BS and do something useful with your life.

Because I’m telling the true scumbag. If you can’t swallow it lump it topshit

And you are going to pay the indemnities. I hope you haven’t killed any NATO’s northern occidentals (sarcasm).

And Jihadist using innocent people as shield in Idlib too

You must know that Islamists have a tradition of killing each other.

As long as they are busy killing each other, everything is fine.

Have you eyes to see?

Yes of course. It‘s quite beautiful.

Believe it or not, “Kurdistan” A.K.A IRAQ, is a hotspot for Westerns. “Iraq is not safe but Kurdistan is…”

EU, Zion, and the USA want to cut Iraq even more… there is no such thing as “Kurdistan”. If you believe in “Kurdistan” then you shouldn’t have any problems with Zion-stan.

Have you not noticed how the “Greater Israel” doesn’t include any part of “Greater Kurdistan”? Funny isn’t it how Kurds also worship Zion and support them to death.

Kurds and Zion are cancer in the Middle East.

Where is Kurdistan anyway?

1. Yes, I blame the Iraqi government for this… Kurds openly host Zion and Yanuqis to launch attacks on Iran (MEK/Zion) and even Turk-isis-stan (PKK/YPG/Kurds).

4. Fuk Kurds and Turk-isis-stan going to use them as a reason for their killing… Like how the USA and NATO killed civilians and said the same thing as Turk-isis-stan.

Maybe you would reconsider using your brain for a moment. 1) the Iraqi government has no influence in Kurdistan to do anything about PKK etc. 2) Barzani and Talabani can‘t even (i.e. their respective factions) 3) None of this gives anybody the right to bomb visitors. 4) What would you say if the PKK bombed tourists in, let‘s say Eminönü, would you also blame the Iraqi government???

1. That is why I’m putting the blame on them…also STFU kid. When Turkey start killing Kurds in N-Iraq it was IRAQ ARMY THAT took the Kurds’ place – to save their ass moron. The Iraqi government can make sure Kurds don’t work with PPK and YPG. “influence” do you have any clue how the world works?

2. It makes sure they never think of it rtded fuk, that was my point.

3. Cry bitch cry, Turkey is part of NATO and you going to say shit like that now? Grow the fuk up or STFU. How many times did yanquis bomb Afghanistan weddings/groups and said: “Taliban soldiers were there”? Huh, moron what makes you think Turkey wouldn’t do it?

“A Syrian family, who lost three of their children in a terrorist attack perpetrated by the PKK’s Syrian offshoot YPG in Afrin, wants the terrorists to be held accountable for their crimes.”

Mortherfuker, don’t you fuking dare pull a MEK shit on me bitch. Fuk off. Yeah, you sound just like a MEK terrorist.

Dave: “None of this gives anybody the right to bomb visitors.” That is what that clown replied.

Iran attacks Yanuqis, Zion (Mossad), PKK, YPG, and MEK (RIGHTFULLY) – not the civilians. That rtded fuk made it sound like Iran attacked civilians.

Iran meeting with Turkey: “The leaders also affirmed their condemnation of terrorism and the need to fight all terrorist groups without discrimination.”

I wonder what Turkey means by that? Surely, they aren’t talking about seeing PKK and YPG like ISIL..surely not.

The mad dog of Ankara slaughtering tourists in Iraq for his Natostan gang. The devil is loose.

Who gives a shit whether it‘s men, women and children? Humans are humans. Enough gendering already. Attacking a tourist resort is a cowardly act anyway. No matter who they kill.

The goal of Muslims is to reach paradise which is a better place.

Now someone got there faster than expected.

Don’t see that this event could be a problem.

Yes, it is madness put into a system.

Erdogan is so inapt and a utter moron. He f**ked up the deal with NATO expansion and now he was caught murdering civilians. It seems he is on his way out next. After what was done to Turkey’s economy and fiances, he will have no one follow him. What an idiot.

There’s nothing quite like killing and maiming children to win hearts and minds. Maybe the Turkish admin have been comparing notes with the isreali apartheid regime?

Turkey should be called ISIS from now on

There is no such country as Kurdistan