I once met and stayed with the traveler and explorer Sir Wilfred Patrick Thesiger KBE, DSO, FRAS, FRSL, FRGS in his humble mud house in a northern dessert town of Kenya in 1990 or 1991. Thesiger was an eccentric Englishman whose travels had actually discovered parts and peoples of Africa and was said to have fired the first shot against the Italians who occupied Abyssinia (present day Ethiopia) at the beginning of the second world war, a country which held a special place in his heart, as he was born and grew up there in its capital. Thesiger’s father was a British minister based in Addis Ababa (essentially a high ranking diplomat) and one evening, whilst sketching Thesiger, I asked him about the role of a British diplomat at that time. “Potentially more powerful than the prime minister” he said.

How diplomacy has fallen from such a powerful and relevant profession to one so pathetic and despondent that it leaves many hacks wondering why western governments even bother with them at all.

Recently in Beirut, the former British Ambassador Tom Fletcher paid a visit to the present British one, Chris Rampling; the latter a diminiutive individual who cheerfully promotes Lebanon almost as though he views it through the eyes of the 500,000 dollar paid for CNN ‘advertorials’ which the government in Beirut funded years back (which failed spectacularly, by the way) and can’t see how corruption is literally eating the country alive. And then there is Fletcher who I interviewed once and was underwhelmed by – largely by his ignorance of the region but also his gob smacking narcissism. Ol’ Fletch later defamed me to a group of MEPs who visited Beirut (many of whom warned me of his spite) while his psychoanalyst wife, ‘treated’ my then wife, resulted in her threatening to shoot me with her uncle’s .38 pistol. But no matter.

The thing about diplomats like Fletcher who think it’s oh-so-cool to be active on twitter and to have as many selfies with Lebanese babes as possible – while hiding behind that medium from journalists who have real questions about policy – is that they don’t understand the demise of western diplomacy.

And there can be no better example of this than America’s absolute decline, if not near death, of diplomacy around the world and not least of all in the Middle East, a point which former US diplomat William J Burns admitted to in an interview with the BBC ‘Hardtalk’ interview show.

Iraq in 2003, he more or less admits, was a massive mistake, even as a military operation as there was no discussion whatsoever about the follow up process of ‘Apres Saddam’. Burns admits to drawing up a black list almost a year before in Washington of reasons not to go to war, but those days were the cusp of decline of diplomacy in the US to today’s nailed coffin representation.

Trump was once asked at the beginning of his term about how concerned he was about the number of state department officials. He shrugged the question off and said “not really as I’m the only one who matters”. And this absolute arrogance has spread to other western countries as British officials like Fletcher or Rampling have no impact whatsoever of any of the decisions taken by London. In fact, they are so outstandingly insignificant that they are forbidden from making any comment to British journalists based in the region, before getting approval from the speak-your-drivel foreign office drones who would brief them.

Just look at the chaos and perhaps more importantly fake news which is spewing out of Syria right now. Barely a day goes past when the BBC’s Beirut correspondent produces yet another tedious report about captured ISIL fighters and their empty headed, silent on screen moments which we are supposed to consider as ‘news’.

Why are the BBC in that particular regional of Syria? Because the low hanging fruit of packages which more or less produce and write themselves are there – and we know that ISIL is over now as a terrorist organization as Mr Trump told us, right?

Actually, real journalists – some of whom are not even based in the region but in the US but know what’s going on the ground – are trying to break through with a different narrative which is that ISIL is not at all over, but merely dispersed and going underground. The real story is how alarming numbers of ISIL fighters are re-emerging in Southern Syria due to US sanctions against Iran forcing Iranian guards to financial profiteer by offering them safe package there for hard cash. ISIS, or Dae’sh is far from defeated. It’s simply moved and is largely being left alone in the south due to two key reasons: The Assad government really likes what ISIL is doing in that part of Syria – frightening locals into joining the Syrian army – and Israel not wanting to strike them as Netanyahu’s government has always regarded them as an asset rather than an enemy.

But this oversight of putting so much emphasis on Trump’s blithely bumbling his way through policy changes in the north about the numbers of US soldiers there led media on a narrative that they struggled to lose, while taking their eye off the ball over what was really going on with Iran in the south, Hezbollah and ‘rat lines’ being opened up for fleeing ISIL fighters. And if you think that such a nuance of the Syria war will be lost on Trump’s new target group of voters – Christian evangelists who are supposed to understand where and what the Golan Heights are – then you might be mistaken, when ISIL – and perhaps the tacit support of Iran, Assad and Hezbollah – together decide that two US military bases in the region are looking seriously under protected. But don’t worry too much. Chris Rampling, Britain’s new ambassador to Lebanon has the answer. He recently gushed a serious of tweets about a British aircraft carrier docking in Beirut showing “support” to the Lebanese. Against what?! A shortage of teeth whitening products? If that doesn’t worry you, Tom Fletcher in the Middle East without a job should give you a few sleepless nights.

If you are in the Arab world as any kind of hack, you should read Thesiger’s ‘The Marsh Arabs’ or ‘A life of My Choice’ – essential reading for foreign correspondents, although Thesiger wouldn’t have thought much of present day British or American diplomats in the Middle East. He once scoffed at two such types who joined him on a trip in the dessert who blew up their new inflatable sleeping bags, calling them a “pair of pansies” – a reference probably entirely unfitting for either Rampling or Fletcher.

HAS US AND UK DIPLOMACY COMPLETELY DIED IN THE MIDDLE EAST AND BEEN REPLACED BY PARODY?

Died? Yes. Replaced by parody? Ummm… No, I don’t think that was the replacement. 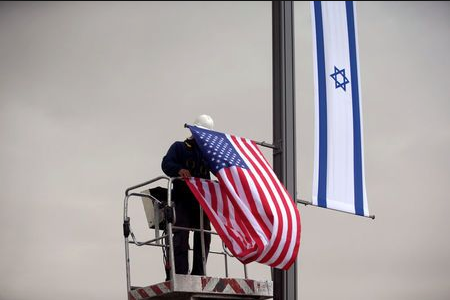 Diplomacy died October 2001 when then President ‘Dubya’ Bush declared that you are either with us or you are against us. By ‘with’ it is meant you understand who gives the orders – the USA. So submit to US supremacy or be declared an enemy to be destroyed. There is no room for independent diplomacy in this dystopian vision of the world – the US will not tolerate any independence.

The countries targeted by the US are guilty of one thing and one thing only, failure to bend their knee and submit, all other considerations are of little importance, although, there is a hierarchy of sin. At the top is threatening US$ as world’s reserve currency – this gets you eternal damnation in the lake of fire. A very close second is of course trying to coexist peacefully with a disobedient neighbor – this threatens regional stability and the punishment is educational – to show them what is expected, the civilian population is carpet bombed – do unto others as the US is doing unto you. This is the (in)famous recipe for coalition building (of the ‘willing’).

The other problem is the Bush doctrine of pre-emptive defence that is so vague that any country, even one with no standing army, could be declared a potential ‘threat’ to the US and so must be defended against using defensive actions such as saturation bombing of ‘enemy’ urban centres. The US has a right to defend itself – Israel should follow the US lead and dispense with the pretense of needing provocation to defend themselves in the face of deadly improvised Campbell’s soup can rockets and incendiary wire-guided projectiles – kites set on fire.

The significance of the doctrine of us or them and pre-emptive defence is that diplomacy is rendered irrelevant. Diplomacy promises certain behaviour in future, but it cannot guarantee future behavior. Pre-emptive defence is predicated on potential future behaviour which is outside the domain of diplomacy. So instead of having contingencies should diplomatic agreements be broken, just assume they will be as the potential is always there. Diplomacy is now dead, committing suicide in the standard way – shooting itself in the back of the head 3 times.

But this is not enough, we need 5 shots to the back the head, we want to be sure the ‘suicide’ is successful. Nations know the conditions for being targeted for pre-emptive defence. ‘Diplomacy’ is reduced to a choice. Are you with the US or not. The consequences of the decision are quite clear as we can see given the US response to Russia, China, Iran, Venezuela and the other ‘princes of hell’ challenging US Hegemonic power.

It is fortunate for the US that they are not winning. Why? Should the US vanquish all enemies, they will find that all it has done is to unleash the most deadly adversary they have yet faced… themselves.