The head of the National Front called the government in Paris a totalitarian regime because of intimidating the FN voters and treating them like second-class citizens. In fact, the ruling Socialists are acting downright in panic. 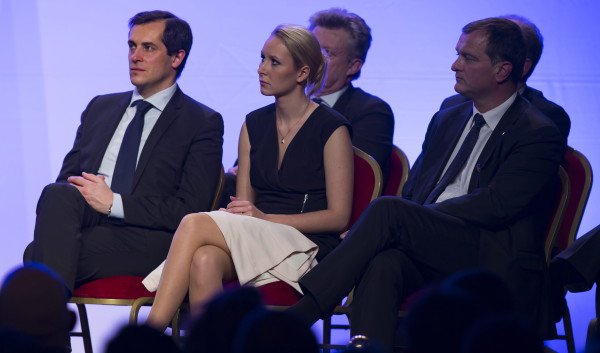 The head of the National Front Party (FN) has called on their followers not to be intimidated and again to vote in the second round of the French regional elections for their party. “Faced with this wave, that is classically in totalitarian regimes, do not be afraid,” Marine Le Pen said on Thursday night at a party meeting in Paris to which about a thousand followers came, according to the FN.

The socialist Prime Minister Manuel Valls had after the disastrous defeat of his party in the first round, hoisted the white flag for the Socialists and asked his voters to vote for the Conservatives to prevent the FN to win.

“Do not doubt and do not let yourself be discouraged. The sun of renewal is going up”, continued the FN chief her appeal. It is not acceptable that in a democracy the strongest party should not be represented in the national or regional parliaments. Rather it is “scandalous” that a third of French people are being treated as second-class citizens.

Last Sunday in the first round of regional elections the FN emerged with 27.7 percent as the strongest force. Three weeks after the attacks of Paris more than six million French citizens voted for the foreigner- and islamophobic party that ended up in first place in six of the 13 French regions.

The Conservative/middle-class party around former president Nicolas Sarkozy came up with 26.7 percent in second place, the ruling Socialist Party of President François Hollande ended up with 23.1 percent relegated to third place.

Who will be in the majority in the future in the regional parliaments and therefore appoints the regional president, will be decided next Sunday in the second round of the election. The FN could in the process capture three regions.

I hope she wins. France and Europe needs someone like her to take control of the disaster happening over there.