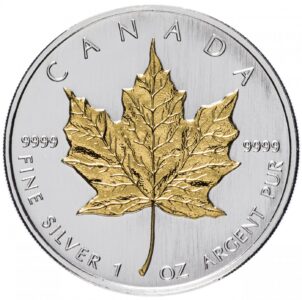 “The new adventures of someone somewhere”

Written by Mikaprok. Translated by AlexD exclusively for SouthFront.

In Canada, the spectacle surrounding Freedom Convoy 2022 continues to play out.

Newspapers seized on the fantasy scenes from the latest “Mad Max”: the breaching of the state border, the march on major cities of armed and poorly self-possessed middle-aged men, the aggressive racism of the public speeches and unquestioning cynicism in dealing with the official regulations of the fight against an atypical whooping cough.

The picture, to put it bluntly, is at least reminiscent of the January 6 uprising, or even the Yellow Vests, with whom, incidentally, the truckers have already begun to compare themselves.

If you add Trudeau Junior’s hiding and the hysteria of the Toronto police leadership to all this, the puzzle is complete. [Translator’s note: It should read Ottawa police.]

Nothing less than a revolution.

In fact, we take quite little interest in Canadian social life, but there is a lot to see and take in.

It’s a very exotic and, in a sense, wild territory, where all political processes are visible. At a glance, in contract to the far more complex United States, the small scale and economic transparency of the territory everything is clear 90 times out of 100.

In essence a typical North American-style trade union action from the blessed 60s, transformed by the tabloid press into a planet-wide event.

The main motive behind the nightmare construction around the highly controversial (let’s put our hand on our hears and admit it) truckers’ movement is the drastic reduction of civil liberties, which is not the first time they forgot to discuss with the population. Even formally, at the media alert level. As if such a problem didn’t exist. But there is.

Do we need to include restrictions on entry passes for certain categories of citizens? The Canada-USA traffic is one of the largest in the world. Tens of billions are literally sunk there for every day of downtime.

It is possible, but it was necessary to develop an appropriate mechanism, register these people and settle the conflict at a lower level than what they are trying to do now.

The problem is as follows: there is no meaningful dialogue about Freedom, so we need the second part of the phrase – Convoy.

We are not FOR anything specific, but AGAINST improvised terrorists who undermine our (non-existent even on paper) democracy. 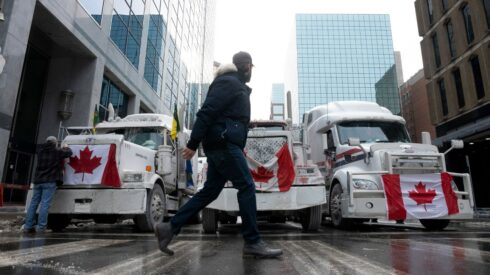 What is the real dilemma in Canada that it makes sense to mention in relation to truckers?

This is a country with huge problems of income distribution between territories and, in principle, territorial conflicts between entities. It’s not just ethnic divisions, but a tangle of inherited diseases of the 18th century, the nature of the resolution of which lies in the republican field. It does not exist and is not yet foreseen.

The correct name for parliamentary democracy is the constitutional monarchy, dominion-level government

The elections follow a very strange system, not actually representing a large proportion of the electorate (see Single member plurality). Each successive party is a multiple of the previous party in terms of the number of voters. In this way the leader of the race with a minimal advantage, sometimes less than 1%, can take a majority of the seats in the representative government.

The degree of corruption and, if I may say so, the mustiness of what is going on is discussed annually, but no real steps are taken. The monarchy does not imply a sophisticated balancing act on the other side of the barricades.

Hence another ridiculous mishap: Canada does not and has never had restrictions on the total term of performance of their duties by public politicians. Trudeau Jr. was elected for the third time, and his father served four terms. There could have been at least one more.

The picture is typical, it is highly undesirable to change good and proven servants.

Every Windsor knows this since childhood.

If this is the top, what is the bottom? 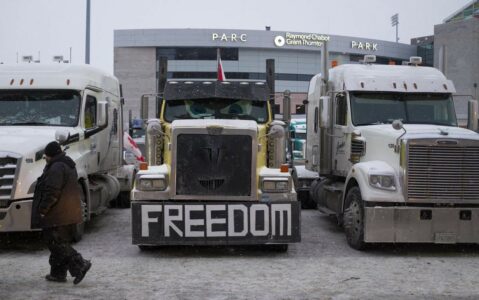 Equally bizarre. One of the world’s leading economies does not and has never had a single view about the rights of its citizens. They may differ not only from one province to another, but also from one large locality to a neighboring one within the same territorial unit.

There are some interesting combinations. For example, residents of Canada do not have the right to have running water in their homes.

The state of the local ecology raises questions. Even without taking into account the talk about the notorious “global warming”, state regulations are clearly insufficient to track the entire spectrum of phenomena in this area. There are a lot of court cases about the absence of elementary measures to clear up the territories adjacent to large industrial complexes.

According to the old colonial tradition, Greenpeace is least active where it is most needed, and local upstarts occasionally disappear from the radar without a trace. And no one cares about it, except for the good-hearted neighbour from the South :-)

It is a characteristic of all British dominions, including New Zealand or Singapore. 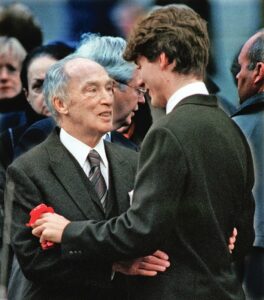 The entire field of the real economy is occupied by no more than three dozen big cartels. Five banks = 95% of all financial transactions, 3 retail chains account for 89% of all retail turnover, 8 restaurant chains almost 70% of diners.

More is not needed, but less – the interests of the real administration of Canada are skipping town. Everything there is owned by a set of families, mostly from the islands.

Hence the example of the legalization of marijuana with the help of the police department. A monstrous port mafia, making a mess all the way down to Tijuana and, as we said, actively operating in Seattle and other quiet horrors.

One could go on indefinitely. The sheer number of missing persons – several tens of thousands a year – whom no one is looking for because of the inability to organise, suggests some kind of an alien conspiracy.

Against this background, the main villains are almost the only truckers loyal to all regulations.

They found the cartoon and hold on to it with both hands.

Otherwise, you have to discuss something from the list above, but that’s long, complicated and futile.

How ’bout some editing of the ads in the comments?

you deleted my comment on how you should delete these ads? At least couldn’t you have deleted the ads, too? or is that part of it.

Whatever, the people of the world are waking up, likely why we’re headed into WW3. NATO insists on Ukraine being part of NATO (insane) b/c the elites want to create their global gov’t, and only three armies stand in their way, American (and American people with more guns than most militaries), Russian, and Chinese. Ezekiel 38-39 war on the way, which takes out the U.S. and Russia, and leads to world gov’t, which leads to Armageddon for the finals, China vs. Europe/Mid-East in the valley of Megiddo. Jesus wins.

Russia and China are globalists too. The geopolitical situation is meant to distract you from their real intentions.