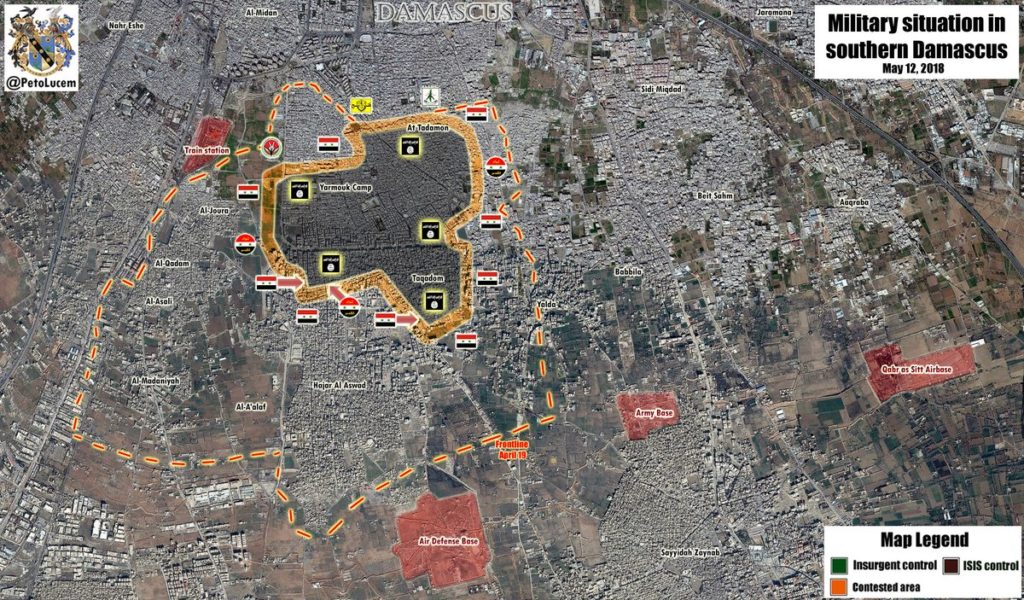 According to pro-government sources, troops have captured a number of buildings in both northern and southern parts of the ISIS-held pocket, but have failed to break the ISIS defense there.

ISIS are now dead-men walking, Unfortunately, they still have to be buried by SAA, PLA and Liwaa al Quds, may this task be made as easy as possible. “Next year Jerusalem”!!!

what? next year Jerusalem ? whats that supposed to mean ?

There will be no “next year Jerusalem” bull crap for that is not possible without having the entire region turned into molten radioactive glass by the massive nuclear arsenal the sick bastards in Israel possess.

The fighting basically has to stay in Syria… Free that nation first and foremost and then help countries like Lebanon and Iraq also free themselves from the US/Israel scourge.

Looks and sounds like Syrian air force is bombing its own forces ( second video). So much for Syrian fighting proficiency.

Where and how are you making this statement? The Russians and the Syrians are targeting the fraud ISIS hide outs, and sadly due to the fraud ISIS using civilians as ‘human shields’ there are Syrian civilians being killed..

These fraud ‘ISIS” idiots have been given their orders by their American/Israeli overlords to fight to the death, which is the most idiotic thing they can do..

However the cost in suffering by the civilians being held by these sick bastards will be immense as a result.