On June 23, Syrian government forces liberated the Arak gas station northeast of the Arak gas field in the province of Homs. The area had been controlled by ISIS terrorists.

With this advance, pro-government fighters further advanced along the strategic road linking up the cities of Palmyra and Deir Ezzor.

On June 24, the army and its allies continued advancing in the area aiming to retake gas fields south of the town of Sakhneh (Sukhnah) and the mount of Alstih.

i compared with older maps, thisis practical zero advance.
an ifi compare wit thistance to DEZ, then the SAA steps in 1 place :(

why dont you give nromal titles?
SAA Took 1 Hill Nearby Arak Fields

SAA need that ISIS deploy forces and join terrorist instead of be hide or disperses…then is an easy target for air force!..thats why the advance is slow…better to wipe off terrorist day by day…before reach to DZ! 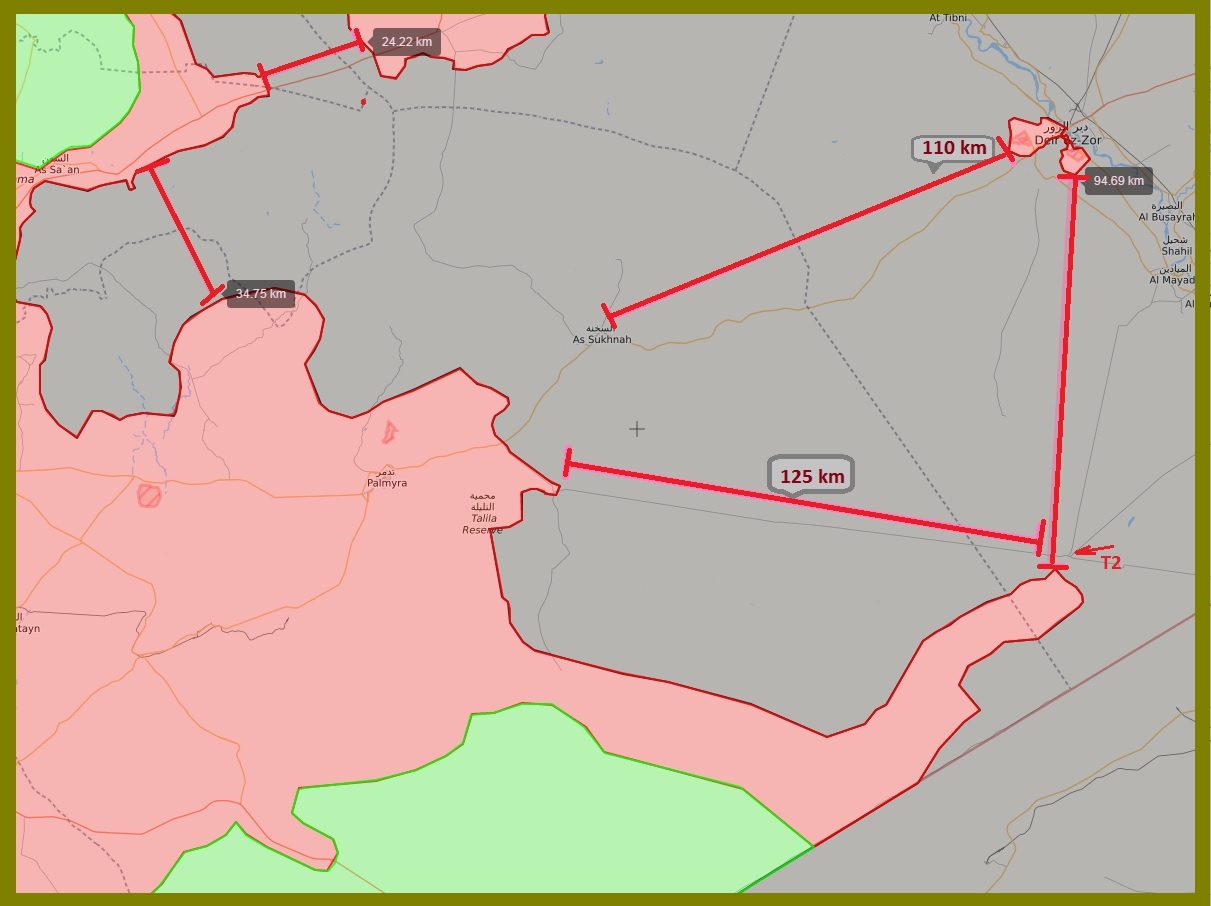 who is attacking from sukhnah?

Nobody, why? I didn’t put attacking arrows, just distance..you don’t like it?