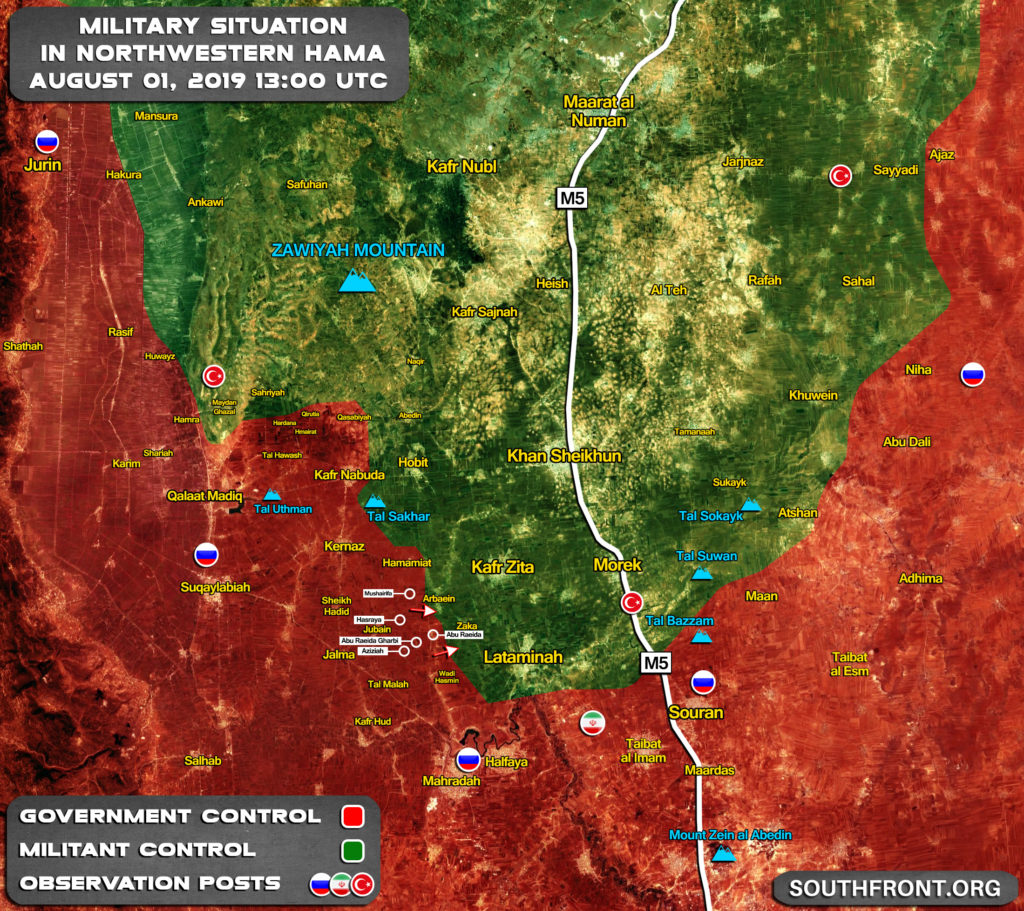 The Syrian Arab Army (SAA) and its allies liberated the villages of Mushairifah, Aziziah, Abu Raeida Gharbi and Abu Raeida from militants in northwestern Hama.

The advance came in the framework of previous operations in this area aimed at creating a wider buffer zone that should prevent militnats from shelling civilian areas.

That’s great. This was not possible without the cooperation of Turkey and militants. I acknowledge it.

The effects of the Idlib offensive in the US and British public forum has been a wet blanket effect, like dope fiends a trying to get off on green cheese, just not going to work, the reason is because the idea of easy victories for garbage ideologies is not available like it used to be.

And in the mind’s eye of what to do next in the West is a determined insistence not to trip the tipping point.

As all the silly stories about Assad and Putin committing atrocities in Idlib are rejected by Western public opinion there is a noticeable strengthening of resolve by Trump, Macron and Boris not to cross the line where their beautiful weapons will be found out to be inferior.

Go SAA! Chop up every Single Western Supported Headchopping Parasite in Idlibistan….What are FUKUS, ISISraHell & ZIONATO gonna do about it?…..