The Syrian army and Liwa al-Quds (a Palestinian pro-government militia) have taken control of the strategic hill, Tall Humhrah, and the Shuqayf Housing in northern Aleppo. Now, the pro-government forces are able to advance further towards the Shuqayf industrial area (the army has already set a fire control of it).

If Shuqayf is liberated, the loyalists will likely continue advance in the direction of Awijah and the nearby hilltop.

The government operations in northen Aleppo is heavily supported by the Russian Aerospace Forces. According to reports, up to 40 militants and 9 units of military equipment have been eliminated in the recent air strikes.

The ongoing operation is a part of the broader effort to shape the militant-controlled areas of Aleppo city and force Western-backed terrorists to leave the area. 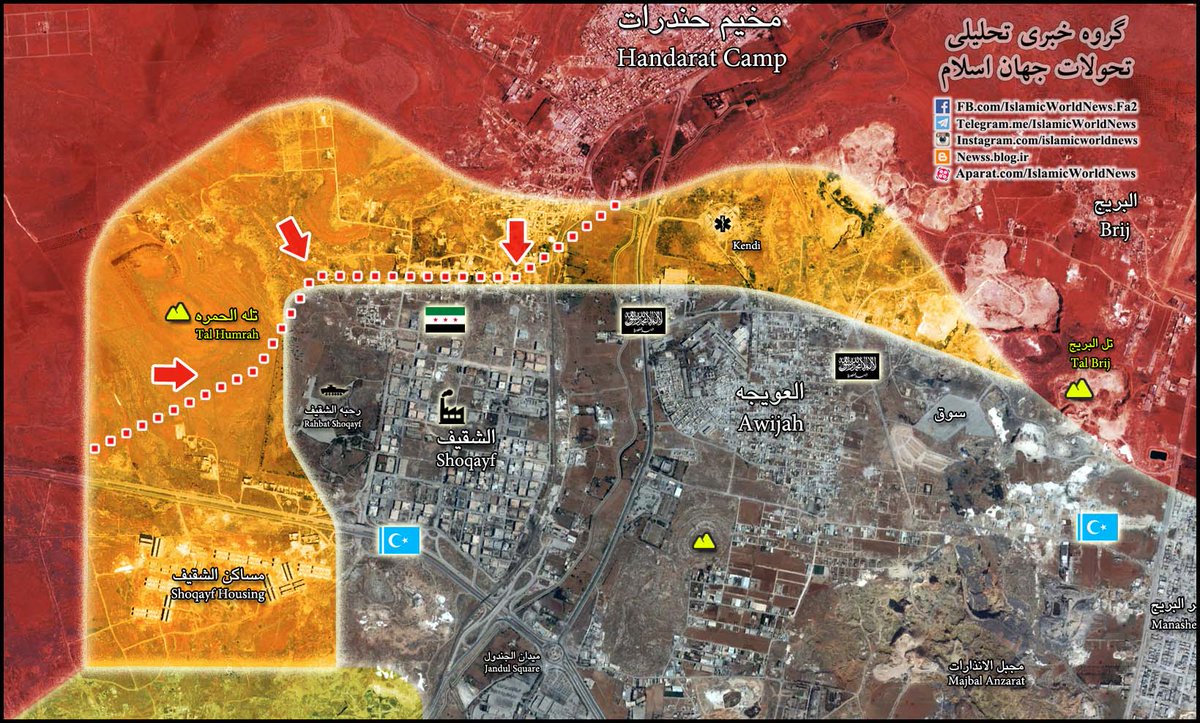