Saudi-led forces have launched an operation to capture the Republican Palace, the Tashrifat Camp and the central security forces camp from the Houthi-Saleh alliance in the Yemeni city of Taiz.

So far Saudi-led forces have captured parts of the Republican Palace and the Tashrifat camp and continued developing momentum in the direction of central security camp.

If Saudi-backed forces capture the three military camps, they will be put the Houthi-Saleh alliance into a critical situation in the city.

The map depicts the situation in the eastern part of the Yemeni city of Taiz (map by Ahmed Sayed exclusively for SouthFront): 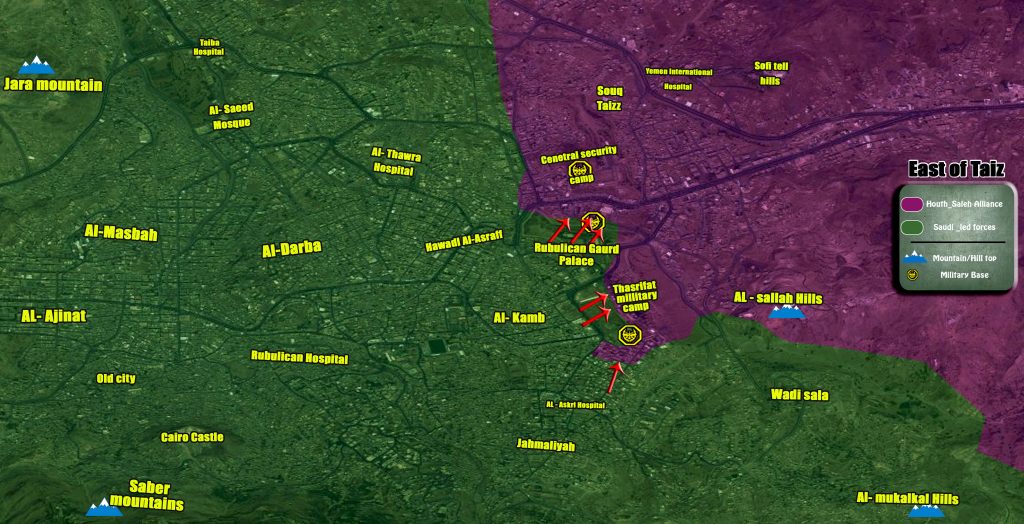