The map below depicts the military situation in the northern part of Syrian Hama province after the liberation of the strategic town of Suran by the Syrian governmen forces.

On October 27, the Syrian army’s Tiger Forces, the National Defense Forces (NDF) and other pro-government units launched a full-scale advance in the province, trageting Ahrar al-Sham and Jaish Al-‘Izzah positions near the town of Suran.

After a series of firegihts, the government forces seized the the Al-Dour Hill and set a fire control of eastern Souran. Then, the Tiger Forces and others stormed the town itself, killing up to 10 militants. As result, they set a full control over Suran.

Now, the government forces are securing the area and preparing to repel counter attacks by the joint militant forces. 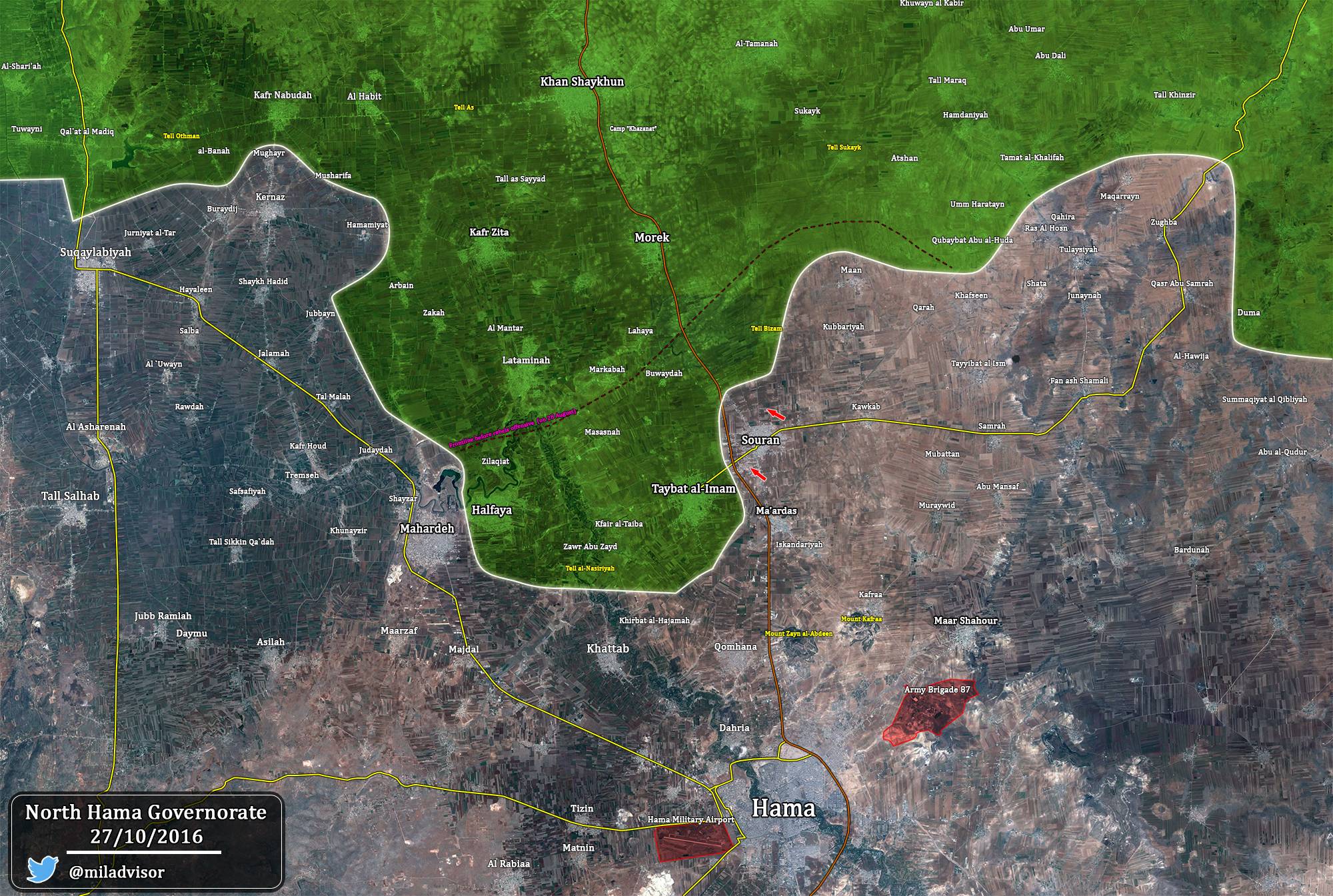 Maybe SAA should pay a visit to Morek? It’s been a while since they last time been there!