This map provides a general look at the military siituation in Eastern Ghouta on March 20, 2018. The Syrian Arab Army and its allies have advanced in the areas of Ein Tarma and Hazeh and captured a number of points there. MORE DETAILS Inbetween, according to AMN Ain Terma has fallen and in Hazah is battle.

In my opinion, the main question is where Putin’s hearth is as far as Syria is concerned. This question is by now very long-standing and it seems to me that too many of Russian media is avoiding critical analysis and critical thinking.

et us remember how vehemently (nearly as his old buddy JWBush) declared in 2015 in March that operations in Syria have been winding down because terrorists were defeated, That was absolutely no case as we remember as consequence SAA lost Palmyra to the ISIL and then needed months to regain control once again.

What Putin actually did was a massive reduction in Russian military presence and started to introduce new weapons which he intended to sell with a good combat track record. Even otherwise quiet and collected Assad in one interview with Chinese journalist he quite annoyed said that Putin is commercialising this war as Russians started to be very proud as they 4 found increased export of weapons such as armoured vehicles, and above all S-400.

We also know well that Putin is very strongly pro-western and his dream is that Russia would join EU and even NATO. We still remember when our German media was writing about this Putin’s propositions which were flatly rejected by NATO and EU.

Something is telling me that he desperately wants to prevent any damages to NATO forces in Syria despite the fact that they are happily shooting SAA as well as Russian mercenaries who recently suffered the horrible loss of about 500 men in one single battle against USA troops. Despite hundreds of videos Russian side is quiet and do not speak about that and are stating that mercenaries are not a regular army. However, they are Russian citizens who were there with Russian government consent.

Problem is that since last 2/3 pull out Russians have just a few jets to fly with. Besides that major problem, there is another as Assad publicly stated that they already 2011 executed downpayment for 6 battalions of S-300, 60 Pantsir anti-air defence system and an unspecified number of Yakhont supersonic anti-ship cruise missiles.

It is Putin who does not give permission for supply because he is aware that Syrians would without slightest hesitation introduce No-Fly Zone over Syria and that would mean initially sharp defence by shooting down most of the alliance jets. Putin does not allow that anyone shoots and harms his western “partners” and “friends” even if it amounts to big Russian losses.

The problem with the USA is that Putin did not supply Syria with adequate longer range weapons thus giving chance to SAA to do their constitutional duty which is to defend their country.

Saw the 500 dead russians mercenaries in this wall of text and realised it all BS, first day it was 100, next day 200, now 500, wagner lost 14 guys and 5 of the were russian nationals, the hundreds of videos are just bs propaganda with lots of talking and no evidence imho

Easy, toilet cleaner, just did, the rest is just his opinion so not worth of commenting, you american ball massager, canon fodder, etc etc 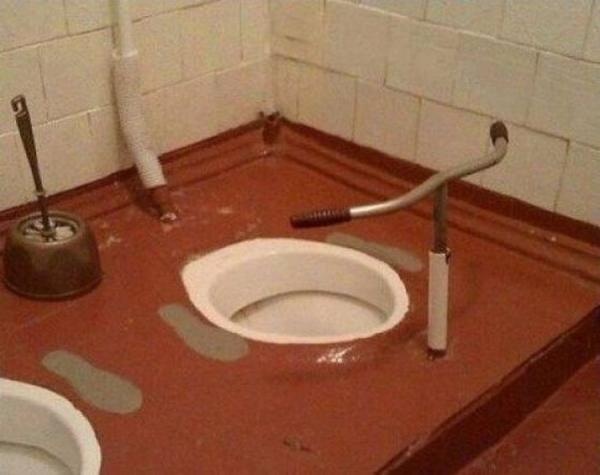 I know that you are an expert on toilets, you don’t have to prove anything to me. Is this particular piece from your collection ? Have you attached the steering wheel yourself ? Good luck in your profession.

How will i laugh, when we take MOCKBA. :DDDDDDD

Invasion of toilet cleaners, good, get to work, plenty of your countrymen working here already.

you are so primitive half ape…. the only reason why i did not block you is that i can repeatedly splash in your mug putins losses in syria and in the world. :DDDDD

You have a long wait. I hope you are patient.

Is this your bath?

can you read, troll?
alex is russian.

i can put here much less luxury russian toilets. this is that famous byzantian civilisation! :DDD

Perhaps you are not aware that Russia uses Western style toilets but then you are pretty uninformed psychologically disturbed and deluded. I guess you’re an American.

Is that a picture of velociraptor’s house? Or just the entrance to it?

That’s just another incarnation of that Starlight thingy – trying to blame those that actually help Syria for the crimes of US/UK/Israel.

But the result will be the same shortly… The fall of the last of the pockets and victory for the good guys!

And in other news, some guy on the net makes something up for no reason.

Velo, confess, you love Florian. I begin to suspect that you are a woman (I dont put the hypothesis that you are a male because i’m a conservative guy).

Those numbers are extremely low for the sort of crap you usually try to peddle.

Something good native to Syria? I wish I could believe that.

At this point the SAA could just wait and starve the remainder into surrender. Judging by increased activity on other fronts this is probably the case.

Still nice progress. Looks like they will split this pocket again to isolate Jobar.

Great battle. The main takfiri fronts were the occidental and the northern (Douma), so the syrians attacked by the rear (east front) and the south flank. At the same time, they broke once again the west front (north of Harasta; they had broke it first in the vehicule manutention). I think they will continue to finish those remaining pockets by the rear and the flanks. And yes, maybe another pocket will be surrounded in Jobar.

Its reported that the terrorists in harasta are throwing in the towel and taking the bus to idlib.