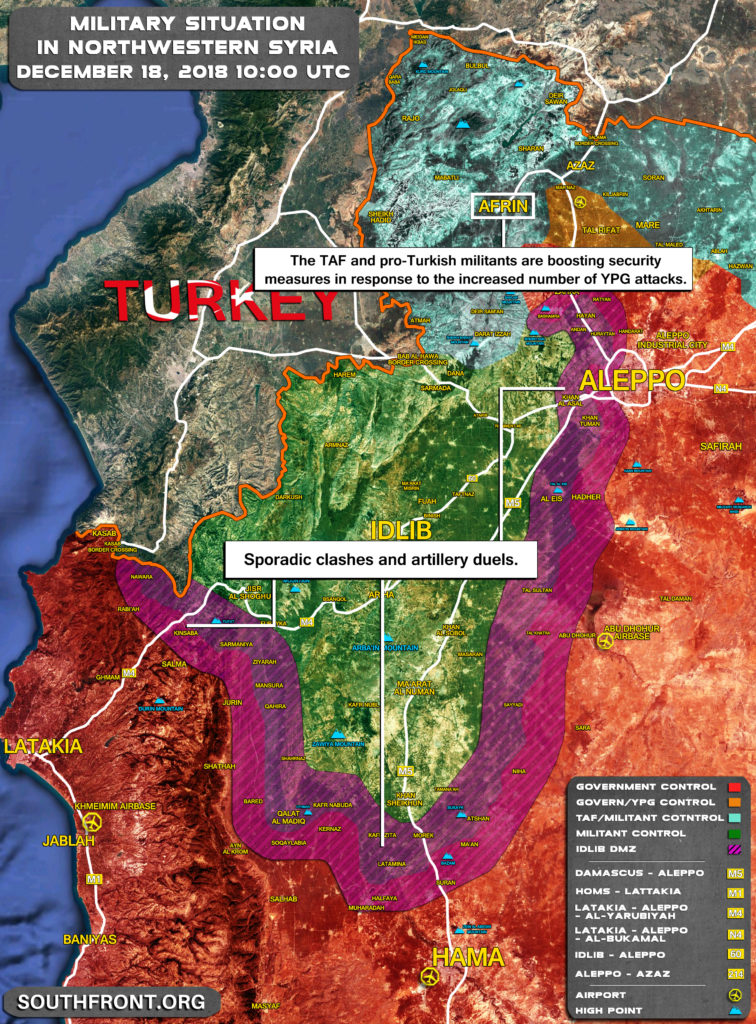 ohhhhhhhhhhhhhh no what a fucking surprise…..but hey….its working the agreement… really good and sweet…….perfect agreement….

Maybe the plan was for it to fail.

Ricky Miller
Reply to  You can call me Al

and for all donks…THAT WAS SARCASM at its peak!!!!

There is not violation of anything. Terrorists did not signed any peace agreement, Russia-Turkey signed a fool agreement which favor only terrorists and Turkey. What is SAA waiting for for lunching an offensive in Idlib and get rid of terrorists in this area ?

The SyrialiveUAmap reports the central commission for Latakia is begging Turkey, the UN and the Arab League Nations to resume humanitarian aid to the area. I wonder why it’s being withheld, that would only suite the SAA and Russia’s purposes if they were intending to invade soon, not Erdogan’s proxies, that wouldn’t suit them at all if they were intending on staying there. withholding aid would be completely detrimental to Erdogan’s purposes if he intended staying there. I keep saying it, Erdogan’s been separating his forces from HTS, and also leaving some of his most uncontrollable henchmen to fend for themselves in certain areas, like eastern Latakia and northern Hama. A while ago 2 Turkmen militias refused to comply to Erdogan’s new requests to separate from HTS and instead joined them, they wanted to stay and protect their homelands from the SAA instead of leaving the areas as Erdogan requested. I posted a few times that I suspected they were operating out of eastern Latakia, but now with this new development, I’m pretty certain that’s exactly where they are operating, and now I think their strings have just been cut completely. I know why the Arab League have cut aid, they changed their minds about Assad a little over 12 months ago and now want him to remain in power, simple. I can also understand why the Turks would cut aid and support for the area too. Unlike most people, I actually think Erdogan’s about to abandon southern Idlib, eastern Latakia, northern Hama, and even some parts of southern Aleppo [and some areas just north and east of Aleppo city itself] to Russia and the SAA. I think it’s all just part of an agreement with Putin, that allows the SAA to take back huge section of the southern areas Erdogan now loosley controls, and in return Putin has given assurances that any of Erdogan’s forces remaining in the north, won’t be harassed by the Russians or the SAA, giving Erdogan a green light to invade the Kurdish territories, without having to worry about his back when he does, simple. The tricky one is the UN, why would they cut aid to the area in question, there’s only one reason I can think of, it was at the US’s behest, I can’t think of any other reason they’d stop sending aid to Rebel held Latakia, for me the only reason could be because of US demands. But why would the US demand an end to UN aid deliveries to Latakia, as I said it would only suit the SAA and Russia’s purposes, so why would they do it, I think I know why they would.