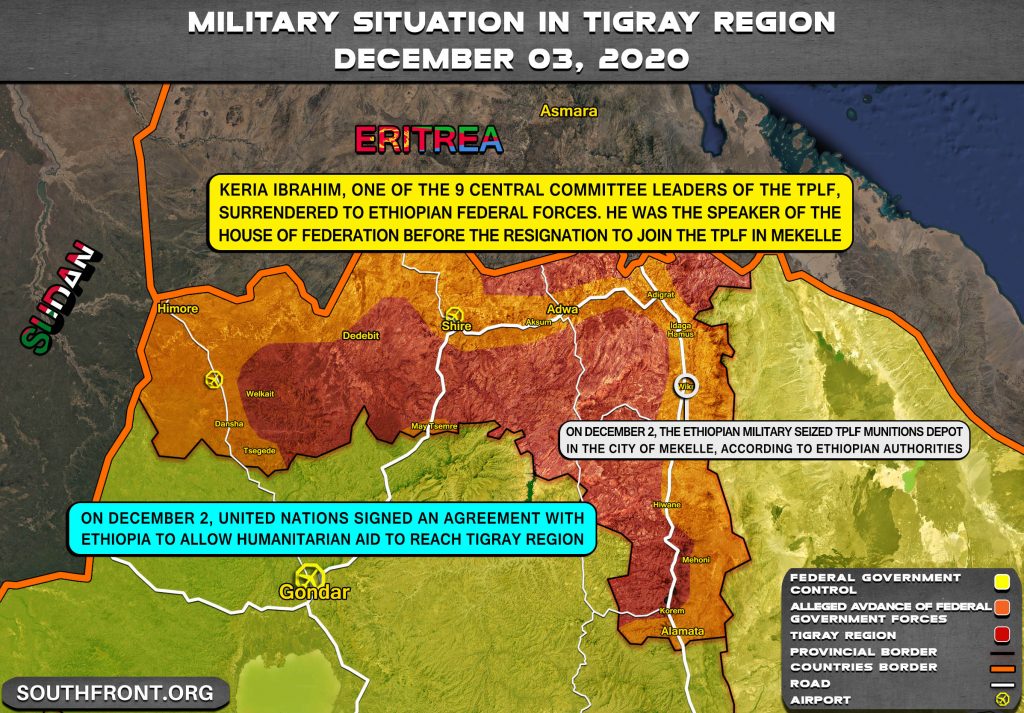 The federal government of Ethiopia, including Prime Minister Abiy Ahmed, has been trying to present the conflict with the Tigray People’s Liberation Front (TPLF), which controlled Tigray province as an internal security matter and the law enforcement operation. The government even declared that the operation is over after capturing the provincial capital, Mekelle. However, in fact, the conflict continues and the TPLF is not going to surrender.

Government forces achieved a significant progress, but most of the province population still supports the TPLF and rebels regularly conduct attacks on government positions.

More on the conflict in Ethiopia and its background can be found in the following analysis: “Civil War In Ethiopia: Conflict Developments And Background”

SF Keria Ibrahim is a lady not a guy. Correct that