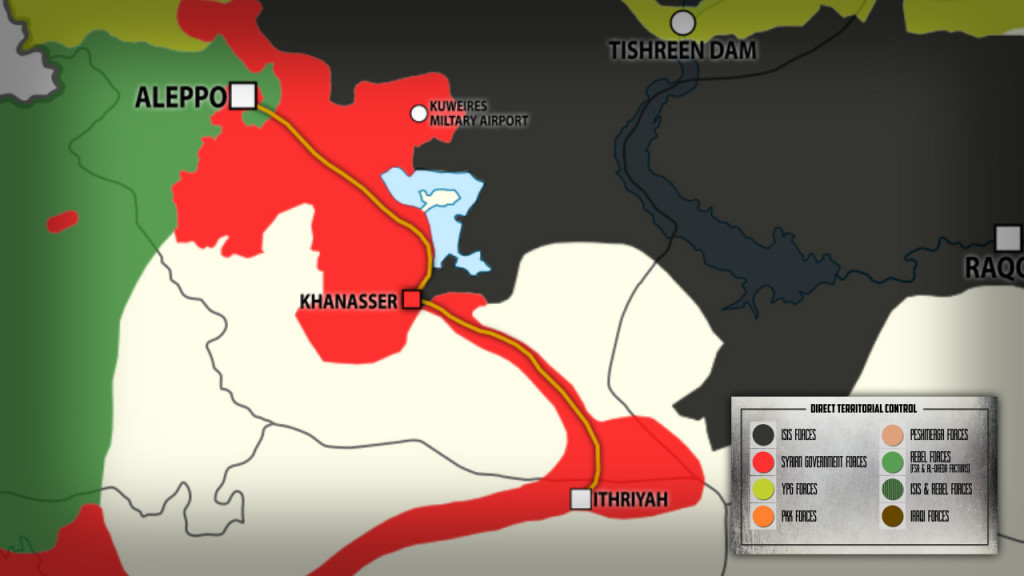 One day after losing Khanasser to the Islamic State of Iraq and Al-Sham (ISIS), the Syrian Arab Army’s “Tiger Forces” and their allies have restored security to this strategic city after a violent battle with the terrorists that occupied this desert area in northern Syria.

According to the media coordinator for Liwaa Al-Quds (Jerusalem Brigade), the Syrian Armed Forces liberated Khanasser this morning after breaking through ISIS’ defenses at the southern perimeter of the city yesterday afternoon.