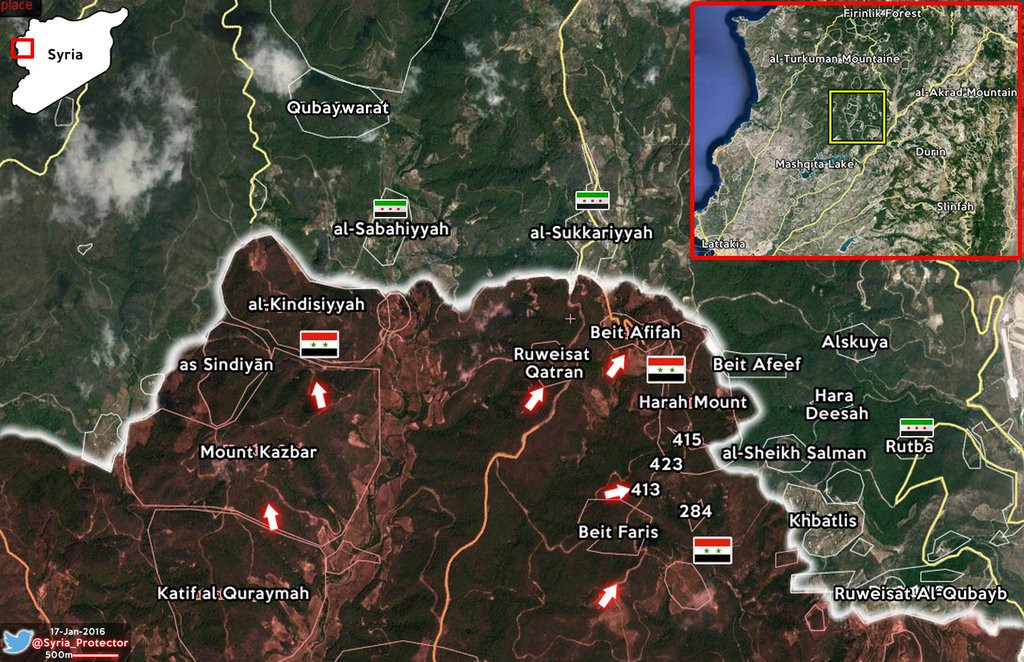 On Sunday Morning, the Syrian Armed Forces and the National Defense Forces [Desert Falcons] backed by the Russian Air Support, have launched a wide-scale operation in order to tighten the militants-held areas in the Northern countryside of Lattakia. By now, the Syrian forces have taken control over Kuzbar Mount, Sundian Mount, Alkndisih, Beit Afeefah in the northern countryside of the province.