The Iraqi Security Forces (ISF) and its allies are advancing on ISIS militants in the province in Anbar. On April 25, the Iraqi forces etenred the ISIS-controlled village of Dulab. On April 27, the ISF and its allies liberated the village. 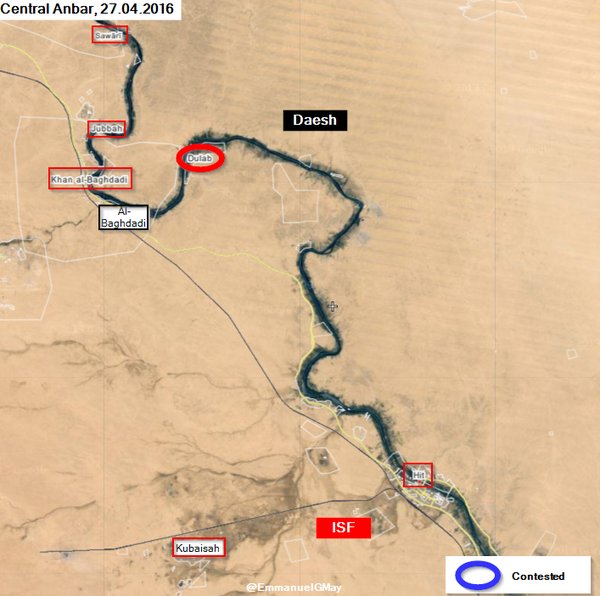