This map provides a look at the military situation in the northeasrern Hama pocket, according to preliminary reports. The Syrian Arab Army (SAA), the Tiger Forces and their allies reportedly captured Ibn Wardan Qastel and cut off the pocket into two separate parts.

However, these reports still have to be confirmed by photo or video evidence. If this is true, the ISIS defense fully collapsed in the area. was about time. it be even better when they not just cut them in half but eliminate them completely from the face of the earth.

But watch out for the zionist americunts, and their lying backstabbing.

The map of ISIS looks like a penis separated from its testicles :)

Once it has been smokes by a few thermobarics it will be a Salami ISIS Penis. The SAA should send it by DHL to General Mattis as I am informed by a reliable source that he enjoys eating such food. :)

They would need a lot of mustard I think Joe. Libtards would like them I am sure.

Ball are cut off now only the dick is left 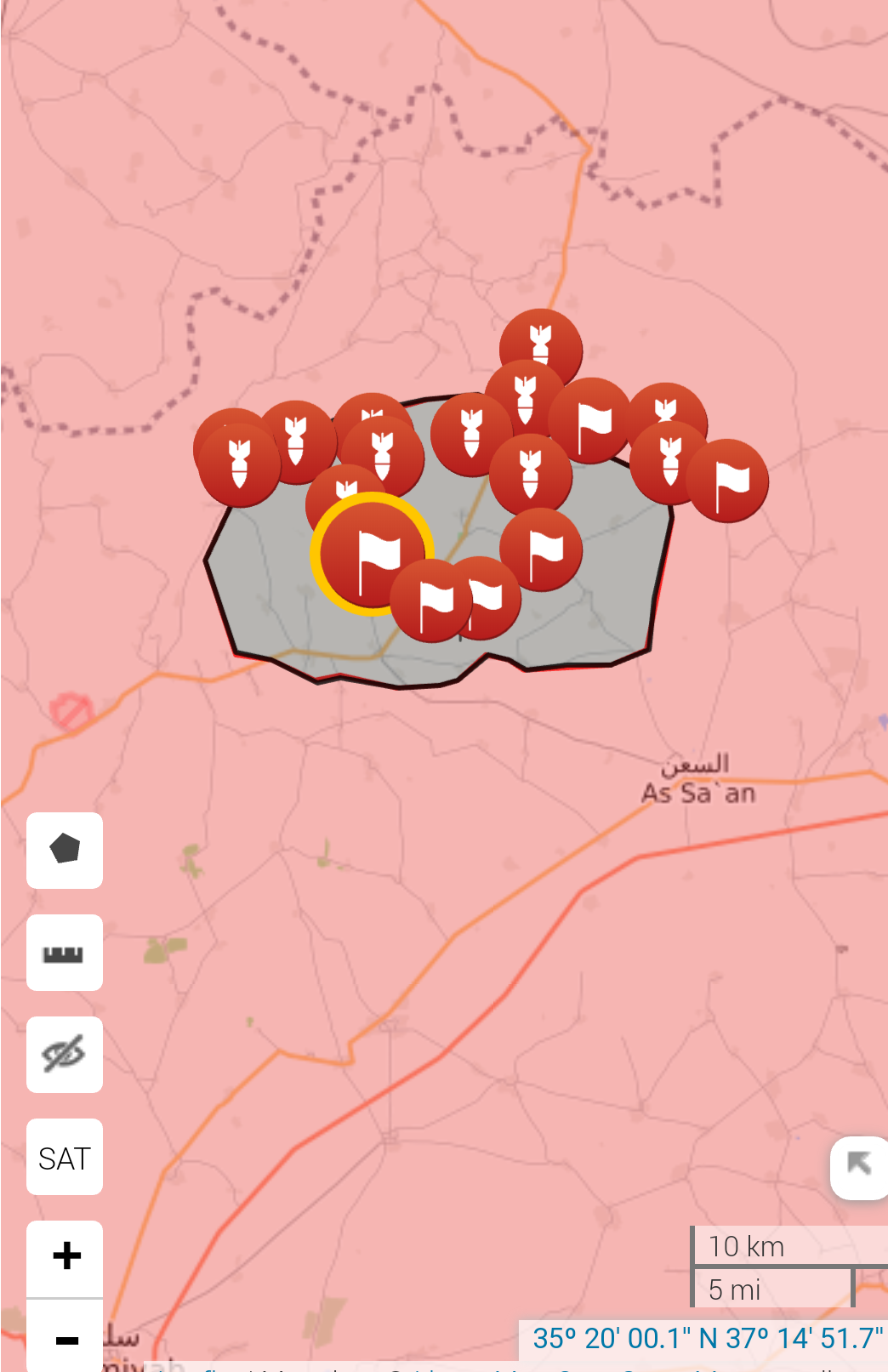 Hurrah!!!! This means the US fraud of “ISIS” will be DEFEATED by this time tomorrow and the pocket will be no more…

Congratulations once again to the brave fighters of the SAA for this outstanding victory!

As I posted before (a couple of weeks ago) – according to Red Army school of thought, cauldron should be dissected and remainings eliminated one by one. Nice to see that traditions are honored.

Hopefully the evidence of ISIS deaths will be a bulldozer pushing the US terrorist sh1t into a very large mass grave and covering it with quicklime :)

Why the lime. Leave something for the hyenas…?

Without balls intact, this dick is sure to go limp soon

and now eliminate those donkeyfuckers! kill them all, not let them run!!

The map looks sort of like an emasculation of ISIS . .lol

They are taking prisoners no release this time.

US is getting very frustrated that’s why the bombed Syrian army, they know that after Idlib the SDF terrorists are next.

It really is tough fighting brainless zombies. The battle is lost surrender as in all wars .
I guess they feared they would be executed as they executed prisoners in their hands