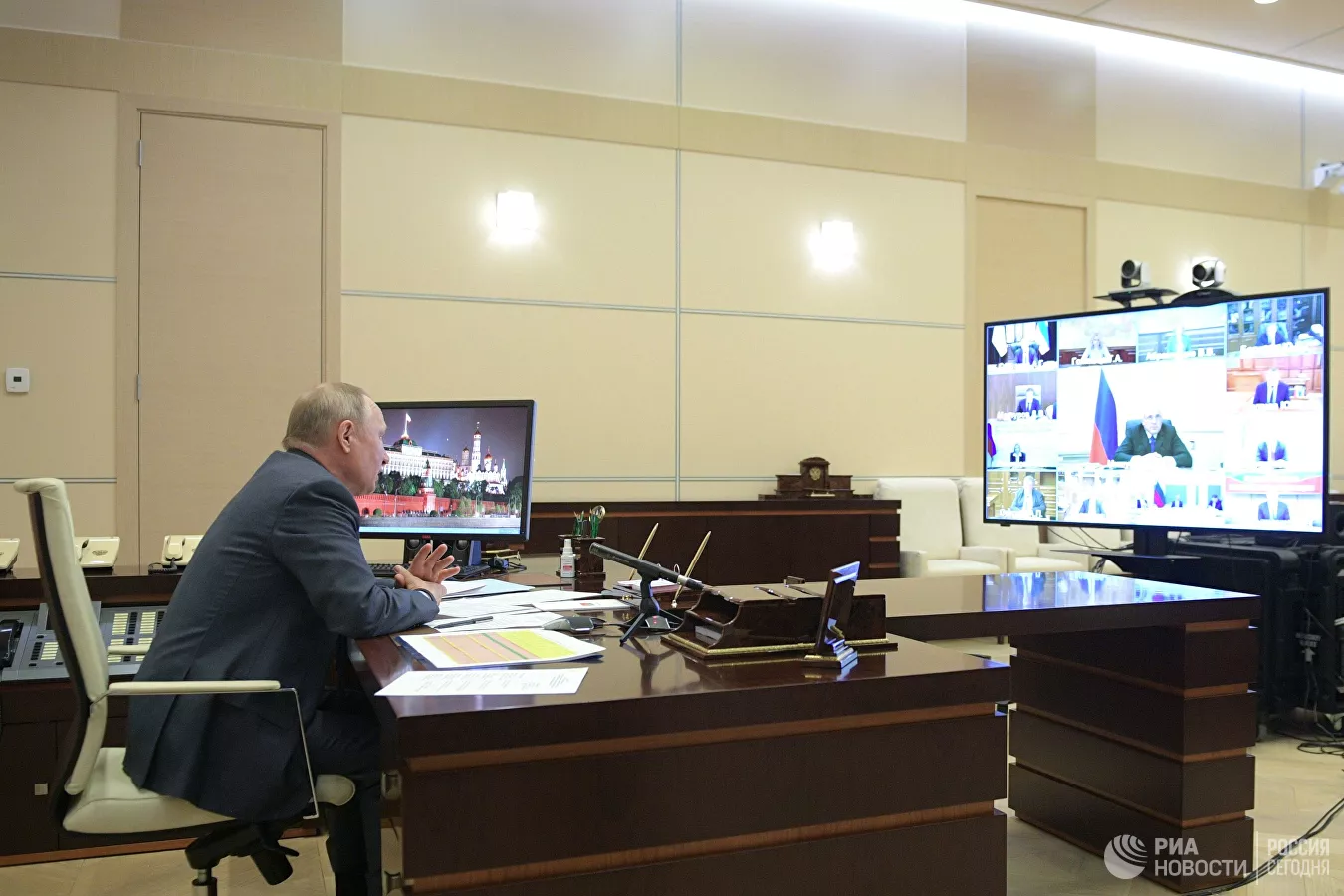 Russia is put on a nationwide mandatory lockdown until April 30.

On April 2, Russian President Vladimir Putin made a televised address to the citizens of Russia in connection with the spread of coronavirus infection. The head of state said that the measures announced during the weekend, allowed for the reduction of risks and gain time for action against the epidemic, but its peak, including in Russia, has not yet been passed. In particular, he said, in Moscow it has not yet been possible to “turn the tide”.

HINT: The video has an English voice-over.

In his speech, Putin announced the following measures that will either be extended or introduced. In his words, all of these are to support citizens, and as such should be followed:

Putin emphasized the need for citizens to comply with the recommendations of the authorities and health authorities.

“We will continue to act in a coordinated and reliable manner, and most importantly, we will be proactive,” he summed up.

Additionally, Putin signed a decree “On measures to ensure the sanitary and epidemiological well-being of the population in the Russian Federation in connection with the spread of a new coronavirus infection (COVID-19).”

The text of the decree, in its entirety is the following:

Therefore, a majority of the Russian population (excluding some categories of citizens) was put on a strict quarantine.  The new round of anti-COVID-19 measures, including additional powers to regional authorities and self-isolation of the regions, leads to the decentralization of the Russian state and the creation of de-facto borders between different regions.

A high number of people in Moscow and the Moscow region that do not have savings and place of a permanent registration (and thus facing administrative difficulties during the regime of self-isolation) were put in dire conditions. Taking into account the economic crisis and lots of gastarbeiters that are locked in the city and lost an opportunity to work to get money, the social and security situation may deteriorate fast. The growth of criminal activities and violent crimes (like robberies with use of force) is a possible scenario. In this case, authorities will likely deploy additional forces of Police and the National Guard to the capital. It is not currently possible to predict to what consequences this scenario will lead. Putin’s national address caused a wave of negative comments in the Russian segment of the Internet. Russian users write that if the situation is so bad, why doesn’t he impose the state of emergency? The state of emergency will allow to all levels of Russian authorities to act within the framework of the Russian Constitution and federal laws.

Can someone remove that gross ad of them two kweers vying to promote aids,that is appauling!

Not everyone sees the same ads, they are tailored to your browsing history.

Madatoct Lockdown will save Russia from oil war with Saudi Arabia.

Proof that Putty Tang is a globalist.

Chances of getting contaminated by passing someone on the street are almost zero. It might even be that such light encounters help building immunity.

Washington State with a population of 7.5 million has 249 virus deaths and Sweden with a population 10.1 has 308 deaths according to the most recently released figures. Both reported the first cases at about the same time.

Washington State with millions of unemployed has destroyed it’s economy and it will take years to recover. With irreparable harm done to many people. Sweden’s economy is largely intact with only a small fraction of unemployed compared to Washington, and will recover economically much faster as long as they don’t follow Washington’s example of rapidly imploding their economy and committing economic suicide.

Even if after the “pandemic” is over Sweden’s virus deaths do surpass Washington’s using a per capita comparison. The effect on Sweden’s year to year mortality rate compared to Washington’s is likely to be insignificant and barely, if at all perceptual. In part because virus deaths in either case are unlikely to even make it into the top ten leading causes of death. And will only be a few percentage of overall deaths at most for the year. If that high.

Sweden has taken the high road in caring for it’s overall population. Washington has taken the low road and abused it’s population horribly. Putting millions out of work and violating their human and civil rights.

“The first confirmed case of the global pandemic of coronavirus disease 2019 (COVID-19) in the United States was announced by the state of Washington on January 21, 2020.”

“Up to two thirds of people who die from coronavirus in the next nine months are likely to have died this year from other causes, a government advisor has said.

Professor Neil Ferguson, who is recovering at home from Covid-19, told the Science and Technology Committee that experts were now expecting around 20,000 deaths, although said it may turn out to be a lot less.

But he said that many of those deaths were likely to be old and seriously ill people who would have died from other conditions before the end of the year.”

Who are Alex Jones’ globalists? Well here’s two, both Jews. Judith Rodin is President of the Rockefeller Foundation, Peter Swartz was the president of the Global Business Network when he helped co produce the above report “Scenarios for the Future of Technology and International Development” outlining the current unfolding disaster. The report was co produced by the Rockefeller Foundation and Global Business Network.

Rodin became president of the Rockefeller Foundation in March, 2005. Following the devastation of Hurricane Sandy in 2012, Rodin was appointed by New York Governor Andrew Cuomo to co-chair NYS 2100,[14] a commission charged with finding ways to improve the resilience and strength of the state’s infrastructure in the face of natural disasters and other emergencies.”

“Schwartz was born in 1946 to Klara and Benjamin Schwartz, Hungarian Jews …

In 1982, he moved to London to work for Royal Dutch Shell as head of scenario planning. …

He also serves in the boards of the Center for a New American Security (CNAS) and the Asia Internet Coalition In 2007, Schwartz moderated a forum titled “The Impact of Web 2.0 and Emerging Social Network Models” as part of the World Economic Forum in Davos. He serves on the Research Innovation and Enterprise Council of Singapore and in 2014 was appointed an International Distinguished Fellow of the Prime Minister’s Office.”

My assumption is that there’s a bioweapon already developed, tested and proven to do exactly what’s described in the Jew’s plan. And that they’re just waiting to release it after they’ve assessed what the current attack has “achieved” with Covid 19.

the pandemic that the world had been anticipating for years ﬁnally hit. Unlike 2009’sH1N1, this new inﬂuenza strain — originating from wild geese — was extremely virulent and deadly. Even the most pandemic-prepared nations were quickly overwhelmed when the virus streaked around the world, infecting nearly 20 percent of the global population and killing 8 million in just seven months, the majority of them healthy young adults. The pandemic also had a deadly effect on economies: international mobility of both people and goods screeched to a halt, debilitating industries like tourism and breaking global supply chains. Even locally, normally bustling shops and ofﬁce buildings sat empty for months, devoid of both employees and customers.” 2

– Scenarios for the Future of Technology and International Development –

It looks like there isn’t going to be anywhere near the unemployment problem or economic contraction in Russia that Italy, France, Spain, the US and others have from a total lockdown of non essential businesses.