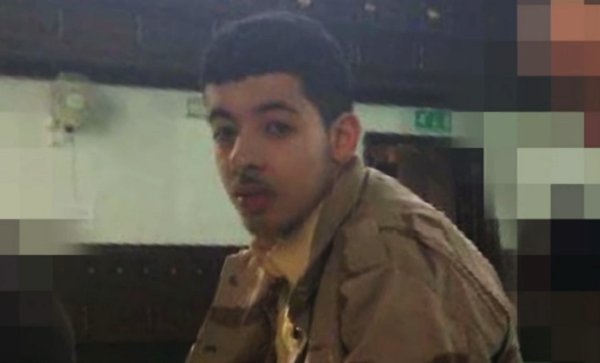 The Manchester bomber, Salman Abedi was rescued by the British Royal Navy from the Libyan warzone and was evacuated back to Britain. He was saved three years before he committed the suicide attack during a pop concert on May 22nd, killing 22 people, including seven children.

The HMS Enterprise reportedly picked up Salman Abedi, at that time 19 years old, and his brother Hashem, from the Libyan coast and left them in Malta to catch a flight back home to Britain. Hashem Abedi is currently in jail in Tripoli on trial over the attack.

The official version is that the brothers were caught in the fighting in Libya and were among more than 100 British citizens taken to safety. Their presence was confirmed among the evacuees from Libya. Unnamed source in London are also cited by the Mail to have confirmed that the Abedi brothers were on the HMS Enterprise. According to the Mail they were on holiday in Libya in 2014 when the war broke out and UK citizens were evacuated.

Abedi was known by the security services and was monitored when he travelled to Libya. However, a month before being rescued, MI5 closed his case explaining it with mistaken identity. After returning to Manchester, Salman and his 21-year-old brother Hashem, who are both British born children of Libyan immigrants returned to their daily lives.

Salman, 19 at the time, was on a gap year in Manchester College and continued his studies in business management at Salford University. He subsequently dropped out of college and started on his fanatical path that culminated in the bomb suicide at the age of 22.

The brothers throughout their lives travelled between Manchester and Libya, their parents having returned to Libya. Their father allegedly fought in the 2011 revolution against the Gaddafi regime with the Libyan Islamic Fighting Group. It is, however, uncertain whether the two brothers fought alongside their father.

The Mail cites Senior security sources who claim they did not believe Abedi had been radicalized at the time of the Royal Navy rescue.

A senior source was cited by the Mail: “He was a British citizen, so it was our job to safeguard him. Salman was one of many people in that mix and we absolutely had to evacuate him. He was not a threat at the time and it was in a very different context.”

However, other sources quoted by the Mail claimed Abedi was on the front line and was hospitalized fighting alongside jihadis in Ajdabiya, eastern Libya.

Another source, this one in security, cited by the Mail claimed that Abedi was not really involved in fighting and he said it is possible he could have been visiting Libya for family.

A report into the investigation of the Manchester bombing by David Anderson QC revealed that Abedi was first actively investigated in January 2014, seven months before he was rescued by the Royal Navy. The report was published in December 2017 and it said that Salman had been investigated because it was “thought that he might have been an individual who had been seen acting suspiciously with a subject of interest” to counter-terrorism police. Abedi did, in fact, know the suspect, however it was discovered that the individual he was spotted with was different, so he was classed as a low residual risk.

In October 2015 he came into the focus of authorities because of supposed contact with an ISIS figure in Libya. However, the report found that the allegation was wrong, and the file was, once more, closed.

Abedi attended Burnage Academy for Boys in Manchester between 2009 and 2011 before going to Manchester College until 2013. Two of his acquaintances from his college years claim that they have called an anti-terrorism hotline to warn authorities of his extremist views. The Mail also quotes a community support worker that requests anonymity that they had informed the authorities after Salman publicly said that “he was supporting terrorism” and that “being a suicide bomber is OK.” However, there were no records of the phone calls, according to Greater Manchester Police.

Furthermore, Salman’s brother, Hashem helped his brother buy materials for the bomb. He is, however, back in Libya, kept in prison while the Libyan and British governments negotiate his extradition to the UK. Hashem, 21, was arrested in a remote farmhouse outside the Libyan capital a day after the suicide bombing in May last year. He is separately facing allegations that he was part of a plot to kill a British ambassador in Libya. Hashem is held is in a prison section specifically for ISIS suspects.

The Mail cites friends of Salman who claimed that he had grown as a normal teenager in the UK, however when the revolution against Gaddafi began, his father allegedly took him back to take part in the fight. The BBC also reported that at age 16, Salman was believed to have fought against the regime, alongside his father during school holidays. As cited by BBC Arabic, Adel Alrayni, a Lybian businessman claimed that Ramadan, Abedi’s father supported Abu Qatada, the radical cleric and has met him in London. Abu Qatada was deported from Britain in 2013, however he was cleared of terrorism charges in Jordan. Abedi, as reported by BBC, had become more and more religious and has cut ties with his former classmates after leaving Burnage Academy for Boys in 2011.

In 2013, Salman quit Manchester College with “anger management issues”, he punched a girl for wearing a short skirt and telling the head teacher that there “were a lot of things going on” with his family and “fighting in Libya.”

His friends are cited by the Mail as saying that he was “slow and unintelligent”, a heavy cannabis user and increasingly violent to women. In 2014, he returned to Libya, on an alleged family vacation, later being rescued by the Royal Navy. On May 22nd, he executed his carefully planned suicide bomb attack in Manchester.

In the Arab Spring in 2011, the British government took part in the fight against Gaddafi. David Cameron’s government sent warplanes to support the uprising against him. British-Libyans queued up to return home to join the fight. Ramadan Abedi swiftly signed up to the cause.

The United Kingdom, thus, played a large role in bringing Libya to its current state, when they left the country after taking part in the overthrowing. The results of the intervention were “political and economic collapse,” tribal warfare, the refugee crisis, widespread human rights abuses and the rise of Islamic State (IS) in North Africa, fuelled by weapons abandoned by the Gaddafi regime, according to a Commons report released on September 14th, 2016. The report also included that David Cameron, the British Prime Minister back then, was the one responsible for the collapse in Lybia, a refugee crisis and the rise of ISIS. It, then, can be claimed that Britain’s actions in Lybia have brought consequences such as the terror attack of May 22nd, 2017.

The British are supporters of the Muslim brothers, the Wahabis, are the cause of the death of Giulio Regeni and this Salman Abedi was maneuvered by MI6. Behind the attacks in Europe there are MI6, CIA and Mossad.

What goes round comes round and the cycle of terrorism within the EU and UK is only beginning I suspect.

So MI5 closed their file on this guy claiming mistaken Identity – someone please call MI5 and let them know that either their Intel was flawed or their case supervisor is a Jihadist sympathizer…their call.

Since using the jihadists against the Soviet Union in Afghanistan back in the 1980s, FUKUS have been addicted. This addiction has cost the Plebs dearly in 9/11, 7/7, Manchester, London, Nice etc. I am sure that after the next inevitable incident committed by the White Helmets ilk, there is a plan in place to blame Putin and RF, and how they forced the FUKUS to evacuate these “heroes” from Syria.