“No war is over until the enemy says it’s over,” James Mattis, the former Marine Corps General and recently resigned secretary of state, is quoted as saying. “We may think it over, we may declare it over, but in fact, the enemy gets a vote.” Mattis’s statement was made in 2012, well before President Donald Trump, in a surprise announcement on December 19, declared victory over the Islamic State in Iraq and Syria, better known as ISIS.

“We have defeated ISIS in Syria, my only reason for being there during the Trump Presidency,” the president wrote. He later expanded on that sentiment in a video message, posted on Twitter. “Our boys, our young men and women, are coming home now,” Trump noted. “We won.” 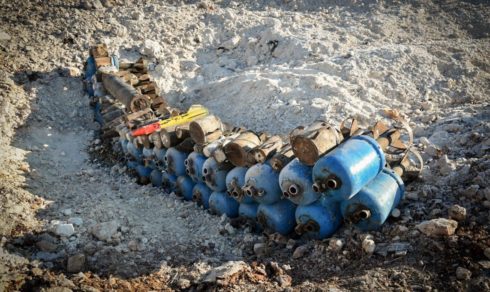 But a recent attack on U.S. forces in Syria, carried out by a suicide bomber which ISIS claimed was operating on its behalf, has led to an outpouring of criticism of Trump’s precipitous decision. “ISIS has claimed credit for killing American troops in Syria today,” Senator Marco Rubio tweeted in the aftermath of the attack. “If true, it is a tragic reminder that ISIS not been defeated and is transforming into a dangerous insurgency. This is no time to retreat from the fight against ISIS. Will only embolden & strengthen them.”

While Mattis’s words were a cautionary warning about premature celebration, Rubio’s sentiments, along with those who share his point of view, miss the point of the ISIS attack altogether. The U.S. was on the verge of withdrawing from Syria, something Rubio and others believe would give ISIS a victory. Why, then, would ISIS attack American forces in such a high-profile manner, creating the condition for a reversal of Trump’s decision and keeping the U.S. military in Syria for the foreseeable future?

As far as military patrols go, the one carried out by forces assigned to the Special Operations Joint Task Force-Operation Inherent Resolve (SOJTF-OIR) in the northern Syrian city of Manbij on January 16 was as routine as it gets. SOJTF-OIR was authorized under Section 1209 of the 2018 National Defense Authorization Act (NDAA) to provide assistance to the so-called “Vetted Syrian Opposition,” or VSO. A Defense Intelligence Agency (DIA) intelligence specialist, accompanied by a Department of Defense civilian translator, was tasked with meeting with local personnel from the Civil Administration of Manbij and the Manbij Internal Security Forces, ostensibly as part of the overall coordination being conducted with the VSO in preparation for the withdrawal of U.S. forces from Syria announced by Trump last month. The intelligence specialist was accompanied by a small force of U.S. soldiers, tasked with providing force protection commensurate to the threat.

The “threat” as it was, was two-fold. On the one hand you have the Turkish military and allied proxies on the outskirts of Manbij who are threatening to occupy Manbij in the wake of a U.S. withdrawal in order to expel Kurdish forces aligned with the YPG, a Syrian Kurdish political party Turkey accuses of being allied with the PKK, a Turkish-based Kurdish group designated as a terrorist organization by Turkey. On the other, ISIS, an Islamic extremist group which had, until 2016, occupied Manbij. Although ISIS had been driven from Manbij by VSO forces, so-called “sleeper cells” remained. This threat was real—in March 2018 a U.S. Delta Force operator and British commando were killed in a roadside bomb attack carried out by ISIS.

But ISIS apparently was not a major factor in the security plan put in place by the patrol. The planned meeting took place in a popular restaurant located on the main street of Manbij. The owner had fled Manbij when ISIS took over, returning after its liberation to open this particular establishment, which became the “go-to” location for visiting dignitaries (Senator Lindsey Graham claims to have eaten there when he visited Manbij), and was frequented by U.S. soldiers during their “coordination” efforts with the VSO. If an ISIS suicide bomber wanted to pick one location in Manbij where he or she could be certain Americans and high-value local officials would regularly congregate, it would be this restaurant.

This is precisely what happened this week. Alerted by the tell-tale presence of the unique M-ATV vehicles used by U.S. special forces, flying large American flags, the ISIS suicide bomber waited until the Americans had entered the popular restaurant and sat down with their VSO counterparts. The bomber walked to the entrance of the restaurant, detonated a suicide vest carrying explosives and, in the resulting explosion, killed the DIA intelligence specialist, his American interpreter, and two other U.S. soldiers, and wounded three other U.S. soldiers. Eleven locals died in the bombing as well, including at least five members of the Manbij Internal Security Force.

Trump’s decision to withdraw U.S. forces from Syria had been met with a wave of high-profile opposition, and prompted the resignations of Secretary of Defense James Mattis and Special Presidential Envoy to the Global Coalition to Defeat ISIS Brett McGurk, in protest. Senator Lindsey Graham led a chorus of Congressional opposition to the decision, calling it a “huge Obama-like mistake” and, in doing so, drawing parallels to the December 2011 withdrawal of U.S. combat forces from Iraq, an action critics later claimed helped spawn the birth of ISIS. Graham further noted that “An American withdrawal at this time would be a big win for ISIS, Iran, Bashar al Assad of Syria, and Russia. I fear it will lead to devastating consequences for our nation, the region, and throughout the world.”

While Iran, Syria and Russia have all supported Trump’s decision, ISIS had remained silent—until January 16. “The enemy gets a vote,” Mattis said. On January 16, 2019, ISIS voted, but it wasn’t the vote Senator’s Graham and Rubio have articulated. The ISIS attack in Manbij was a premeditated, carefully calculated event designed to sow chaos in the processes associated with an American disengagement in Manbij.

Manbij is a predominantly Arab city strategically located on the front lines separating Turkish forces from their arch-enemies, the Kurdish YPG, in the contested territory of northern Syria. The Manbij City Council, headed by a former Syrian Parliamentarian named Sheikh Farouk al-Mashi, has been touted as a model for similar Arab-led city councils in former ISIS strongholds such a Raqaa, the one-time capital of the ISIS caliphate. These councils would operate within the framework of a self-governing Kurdish-dominated entity in northeastern Syria known as Rojava. Arab-led city councils like the one in Manbij are viewed by the U.S. as a means of reducing the Kurdish profile in northeastern Syria, thereby placating the Turks, locking in a pro-U.S. Arab element opposed to the Assad regime in Damascus, and providing an Arab-based political entity that can effectively counter the attraction to ISIS on the part of many Syrian Arab tribes.

The problem with this approach is that it can’t work. The Kurds will never grant full autonomy to the Arab city councils, thereby guaranteeing Turkish angst, and the Syrian government, backed by Russia and Iran, has insisted on the return of all Syrian territory to its control. Moreover, the city councils are weak and ineffective, and as such provide the perfect incubator for a residual ISIS presence. The only way the continued existence of city councils such as the one in Manbij is for the U.S. to remain in Syria and continue to prop them up.

The leadership of ISIS knows that its days are numbered once the Syrian government can turn its full attention on the eradication of that organization. ISIS was born in the vacuum of governance created by the collapse of central authority in both Iraq and Syria brought on by the U.S. invasion of Iraq in 2003, and the subsequent support of Islamic extremism as a vehicle of instability in Syria after 2011. As the Iraqi government, with the assistance of Iran, regains control of its own territory, the last remaining bastions of ISIS control are on Syrian soil, in areas controlled by the U.S. military. The correlation between the presence of U.S. military forces and the continued existence of ISIS should not be lost on anyone—ISIS needs the U.S. in order to survive.

The patrol that was attacked in Manbij was not, as the detractors of Trump’s decision to withdraw from Syria have stated, furthering the national security objectives of the United States. While it wasn’t their intention, through their actions these Americans were empowering ISIS by furthering a situation from which ISIS in Syria draws its relevance. A U.S. withdrawal from Syria would set ISIS adrift, allowing the Syrian government, backed by Russia and Iran, to defeat it and reassert its control over not only the territory currently occupied by ISIS, but also the hearts and minds of the Syrian Arabs whom ISIS needs for sustainment. By attacking the U.S. military and Manbij City Council on January 16, 2019, ISIS cast its vote in favor of the continued presence of U.S. military forces in Syria. Those who continue to argue in favor of a U.S. military presence in Syria are only giving credence to that vote.

Isis is a Jew world order sock puppet of their own creation for their Hegelian war on terror theater. The same governments that are fighting it are the ones who created and manage it so that they can have something to fight to justify their regime change machinations and interventions. These are really evil people.

Excellent but very much the American -party line. He does not mention ,america made Isis,he talks about syrian rebels as if they really do etc

This reasoning went immediately wrong supposing that this attack whas ISIS related, it isn’t as proven.so all the rest is wishful thinking.

Trump, best not to visit Middle East. They (military industrial complex) will be sure to prove ISIS is not defeated.

Scott, I hate to be nitpicky but James Mattis was the Sec. of Defense, not State. Who proofreads this shit at the American Conservative, Rick Perry?

Excellent article, top marks again SF, you’ve reprinted an article from another writer who knows what he’s talking about, truth instead of confusing spin is always refreshing, and enlightening. “ISIS needs the U.S. in order to survive” That’s the only thing I don’t agree with, he should have changed it to, ‘the deep state of the US and the Kurds need an Isis presence to survive in Syria, and then added, and the only reason Isis has survived for so long is, the Kurds have been letting them survive with the help of the US deep state, it suits both their purposes, but then he should have also added, BUT NOT TRUMP’S PURPOSE, he’s doing the exact opposite.

This article is factually wrong. It was confirmed a female bomber from the Turkish backed FSA did the bombing not ISIS. See veterans today article titled erdogans FSA responsible for manning attack. I can’t post the link cause my phone doesn’t allow me to paste links in my disqus. Grrrrr.

How would Marco Rubio, Ritter and a lot of other Americans get a life if they didnt have all the problems in Manbij, Syria to consider, organise, argue, fund and write about?

ISIS is as American as apple pie.