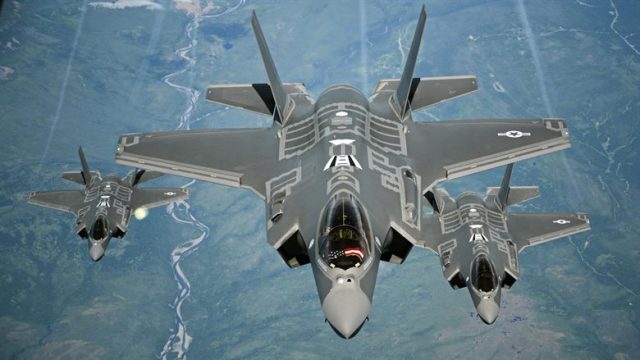 The Munich Security Conference report was published on February 17th, outlining much of what transpired at the event.

It provided sort of view into current global trends and the apparently waning US global hegemony.

The report, in its entirety, can be found here [pdf].

Two graphs initially stand out, showing what citizens of EU member countries think regarding which side should their country take in a conflict between the US and Russia and China respectively.

The presented data is quite showing:

It is not surprising that each country presented in the study, Austria, Denmark, Finland, France, Germany, Hungary, Italy and Poland all show a better attitude towards the US, with much lower numbers of supporting the side of Russia, but what’s showing is that the majority in every single case prefer remaining neutral.

The biggest support for the US against Russia would be Washington’s premiere proxy state in the EU – Poland, and still 45% of respondents wished to remain neutral.

Europeans have recently adopted similar language emphasizing a more competitive environment. Emmanuel Macron has warned that Europe, “if it can’t think of itself as a global power, will disappear, because it will take a hard knock.” In a similar vein, the new President of the European Commission, Ursula von der Leyen, announced that her Commission would be a “geopolitical Commission.” Her successor as German Defense Minister, Annegret Kramp-Karrenbauer, also noted in one of her first major speeches that we “are currently witnessing a return of great-power competition for spheres of influence and supremacy [as well as] authoritarian challenges to our open society.

Europe reportedly needs to figure out ways to “deal” with China, Europe and Iran, but these ways apparently need to be more individual, and not under the wing of Washington.

In the case of Russia, it is considered as a very viable and reliable business partner, which also complicates things of military competition with it, since it is not entirely viewed as the “great evil” that the US-aligned media attempts to so often portray it as.

China, somewhat, stays in the same boat, as being one of the global leading powers, and polls even showing that countries such as France consider it as the premiere economic power in the world in 2019.

And the report presents it as if Russia is attempting to antagonize Europe by “attempting to interfere in European elections, spreading ridiculous historical distortions, conducting a poison attack in Salisbury, or allegedly assassinating a former Chechen fighter in a Berlin city park,” however the polls also show that these are rather vague accusations, which were never accompanied by any evidence whatsoever.

In the case of historical rewriting, it’s also very clear for the general public which direction is carrying out the attempts to distort history.

“Still, many Europeans are skeptical whether an intensified confrontation with Russia is in Europe’s interest. Time and again, politicians are speculating about an incremental relaxation of sanctions. It seems as if it is Moscow that has the “strategic patience” that European politicians claim for themselves. As The Economist noted, Russia’s “undeserved readmission to the Council of Europe created the dangerous precedent of rehabilitation without reform.”

However, French President Emmanuel Macron made headlines by suggesting to “build a new architecture based on trust and security in Europe, because the European continent will never be stable, will never be secure, if we do not ease and clarify our relations with Russia.”

For the French President, Europe has to prepare for a world, in which the United States may not care about European interests to the extent it used to. The report also presents it as if Washington even has any interest in forwarding the EU’s interests and rather isn’t simply forwarding its own at the expense of all others.

Although many factors suggest that the Europeans will side with the United States if they have to make a choice, 115

America’s European allies “feel like they have been relegated to observer status.” Instead of being consulted, they just receive instructions, further undermining the relationship: “Europeans are tired of taking orders from Mr. Trump’s America, which makes them more inclined to ignore American directives on issues like Huawei.” As critics note, “calling on Europe to get tough on China, even as the US gets tough on Europe,” may not be the most promising strategy.

And it is proving true, since even US Secretary of State Mike Pompeo’s “the West is winning” speech was met with awkward silence, as were the praises of how well the American economy was doing.

The “America First” policy, at the expense of all allies is met with critique and allied leaders saying that partnerships with the US needed to be reconsidered in a way that is beneficial to all, not simply to one side.

I am sorry but we know it is not up to the EU to decide. If EU really desperate to avoid getting involved in war with Russia, they get better rid off NATO as soon as possible, which they can’t! And remove US’ missiles & bases in EU, which they also can’t!

So in the case of Nuke exchange between Russia & USrAel, I think EU will once again become a stage, this time for Nuke war, but without a chance to recover from the ashes…

Most of Europe is occupied and dotted with US bases so leaving NATO is not really up to the EU. That is the primary reason US has to keep the Russian and now Chinese bogeyman alive, so that NATO can be kept breathing on life support and justify a raison d’être.

Whatever. Most all Europe is with the US and NOT Putz Putin’s RF. And that is the way it will be for the foreseeable future.

None of us will recover.

Europeans are very aware of history and cognizant the tremendous contribution Russia in keeping the continent free and stable from various threats historically and crucial role it played in defeating Nazism. The US is mostly viewed as an upstart, immature usurper and an incessant warmonger that endangers European and global peace. The new generations of Europeans are educated and less prone to east-west hyperbole and disinformation demonizing both Russia and China as well as Iran.

Yes,we europeans love Russia,China and Iran.We always did.We love Hizbolah and Iraqi PMUs too.Every country in Europe would love to have such things,its because of the americans they dont dare to say it openly.

come on they are almost half way there with hapless stoltenberg and the rest of the kow towing arse-kissing dumbed down politicians of europe and nato.

When the US goes to war its not up to the peoples of Europe to say no. That is up the political leaders of Europe. And they have sold their soul to Washington for cheap military protection from the US. It’s the Athenian model of the League of Delos where the member city states paid Athens for protection against the Persians, and as a result became vassals. And if one of them got any ideas of leaving the League the Athenians would send in their military to teach them otherwise.

France and Germany opposed the US over the invasion of Iraq. And ever since they have been doing their utmost to kiss American ass to make up over it. So clearly there is a price to pay to stand up against the will of Washington.

lots of useless white trash in the flyover states of A would suffer and so would washington dc and the entire eastern seaboard and the west coast when russia and china and north korea let go of their state of the art nukes in hyper-sonic missiles nothing the ever dumbed down americans can neutralize.

I reckon the flyover white trash would fare better because they don’t live in the big cities that will get nuked.

sure but theey’re hapless and helpless and can’t fend for themselves.

If anything they are more hardy then the leftist urbanites on the coasts. Flyover country is where most of the doomsday preppers live and hillbillies can live off the land. Leftist urbanites pm the other hand are helpless without their organic soy burgers and quinoa buns from their local wholefoods.

us IS USING nato for war with Russia bcuz the land of EU will be used to fight and the civilian will be getting killed in EU not American citizen will die. Russia is not interested in war with EU at all bcuz Russia economy runs with EU more. US is trying to create division between them. EU has to seprate from US and make thier own decision and armed force strong.

emove israel and US/Turkey from Nato and all will be good for EU.

i think he means that remove israel as in terminate big way (i.e 6 feet under pushing up daisies) and then kick us/turkey out of nato and the euopean union would have the military force macron is raving and ranting about.

You’re still in your delusional wet dream it seems.

A great deal of nations are getting sick and tired of the bullshit.

Why would anyone take a side in a nuclear war? I bet neither the majority of US or Russian citizens support such war.

I would side with anyone but the US.

If you said anything other than that, Igor, you would lose your Vodka ration and draft deferment.

Good job I am British then.

By majority they mean most European countries except for American vassal states Britain,Georgia,Ukraine and Poland and to some extent Lithuania…It’s a no brainer

I think Europeans know deep down in their souls in case of nuclear conflict US would try to keep it contained in Europe, however, Putin made it clear tha the Russian Nuclear Damocles Sword will be stationed less than 200 miles off the US coast deploying dozens of hypersonic missiles.

But as the the OP itself says:

Besides, they have treaty obligations that don’t give them a choice. If push comes to shove, they will side with the US. So, wakeup from your delusional wet dream that those countries might not side with the US.

But since you like this report so much, a couple of other things jump off the page. Almost half of the Russian younger generation want to get out of Dodge and move to another country if they could. And I bet if they could make that the US most would move here. Oh, and almost the same nearly half of young Russians don’t trust Putz Putin. There still maybe hope for the future of Russia.

You bot,who strikes first will be decimated after in world record time,then watch europe immedietaly flip and turn on the (sick and disorderly transdressers,err transgressors)

If nuclear weapons are used by either side it will the end of both the US and Russia and Europe and most of the rest of the world.

Biased german reporting,chances are 50% is on russias side from those manipulated nato stats, the rest seems ok,based on the fact logic don’t support natos!

be ware leper joke321 is active on this thread so avoid any kind of interaction with the decease-ridden hymie.