It’s not everyday that one reads such a shocking headline as this in a major Israeli daily paper: Rights Groups Demand Israel Stop Arming neo-Nazis in Ukraine.

An investigative report in Haaretz, Israel’s longest running and arguably most influential newspaper, details a broad campaign underway by over 40 human rights leaders to pressure Israel’s High Court of Justice to order the cessation of Israeli arms exports to Ukraine, as they argue militant neo-Nazi groups are among the recipients of those weapons. According to Haaretz’s investigation:

They argue that these weapons serve forces that openly espouse a neo-Nazi ideology and cite evidence that the right-wing Azov militia, whose members are part of Ukraine’s armed forces, and are supported by the country’s ministry of internal affairs, is using these weapons.

An earlier appeal to the Defense Ministry was met with no response.

The ministry’s considerations in granting export licenses for armaments are not disclosed to the public, but it appears that the appearance of Israeli weapons in the hands of avowed neo-Nazis should be a consideration used in opposing the granting of such a license.

We’ve covered the infamous Azov Battalion many times before, and though it took the mainstream media years to catch up to this story, the group is so openly and unrepentantly pro-Nazi that even US Congress was forced to take notice while ironically at the same time directly propping up their political patrons in the pro-EU/US Kiev government that Washington helped install in 2014.

In terms of the extent of covert Israeli support to such groups as the neo-Nazi Azov Battallion, Haaretz lists as examples high level meetings between Ukrainian military officials and Israeli defense companies, especially involving contracts related to communications systems, warplanes, and helicopters; as well as Tel Aviv’s approval for the Ukrainian company Fort to produce Tavor, Negev, and Galil rifles under Israeli contract; and further IDF officers and instructors overseeing military training schools that include Azov militiamen; and perhaps most shocking a Ukrainian media interview which featured a former Israeli army officer who admitted to participating in battles in eastern Ukraine while also training militiamen.

There’s also of course the fact that Azov Battalion itself has never been shy about showing of its Israeli military hardware in social media photographs and videos.

Haaretz concludes: “All of this is unambiguous proof that Israel is exporting weapons to Ukraine, knowing that they reach right-wing militias, some members of which are avowed neo-Nazis who enjoy the support of the authorities.”

As we detailed previously Azov militia members sport fascist symbols from the World War II era and their founder and chief patron, Andriy Biletsky — also a prominent member of Ukrainian parliament — has openly declared that the goal of his group is to “lead the White Races of the world in a struggle for their survival.” He’s recently pushed to ban “race mixing” in the Ukrainian parliament.

There was so much bad publicity surrounding the Azov Battalion over the past years that Congress unanimously passed legislation forbidding any aid to the group – a provision, as this piece by Joseph Epstein in the Daily Beast pointed out long ago, was ultimately meaningless as is was essentially unenforceable:

“In an interview with The Daily Beast, Sgt. Ivan Kharkiv of the Azov battalion talks about his battalion’s experience with U.S. trainers and US volunteers quite fondly, even mentioning US volunteers engineers and medics that are still currently assisting them. He also talks about the significant and active support from the Ukrainian diaspora in the US As for the training they have and continue to receive from numerous foreign armed forces. Kharkiv says ‘We must take knowledge from all armies… We pay for our mistakes with our lives.’

“Those US officials involved in the vetting process obviously have instructions to say that US forces are not training the Azov Battalion as such. They also say that Azov members are screened out, yet no one seems to know precisely how that’s done. In fact, given the way the Ukrainian government operates, it’s almost impossible.”

Yes, an unfortunate yet familiar theme: your tax dollars funded the arming, training, and feeding of neo-Nazis in Ukraine. That’s what we bought into when Washington decided to launch a regime change operation in that bedraggled corner of southeastern Europe. Your money has also long gone toward propping up the country’s war-stricken economy – albeit not before corrupt government officials rake their cut off the top.

And now it appears the Israeli public and rights groups are wising up to the Israeli government’s longtime partnership with Washington in propping up fascist Ukrainian paramilitary groups.

According to Haaretz the issue began receiving more attention after a recent rise in anti-Semitic attacks and incidents across Ukraine:

In tandem with the rising power of Azov, which has more than 3,000 members, there is a rise in anti-Semitic incidents and attacks against Ukraine’s minorities. Neo-Nazi groups have attacked Jews and Jewish memorial sites across Ukraine, as well as journalists, Roma and members of the LGBT community.

And further, according to Haaretz:

Last May right-wing groups marched through Odessa, their leaders claiming that the city belongs to Ukrainians, not Jews, and that they would get rid of the latter.

All this is happening as the Ukrainian administration is trying to deny the country’s role in the Holocaust, just as is happening in Poland (now with the support of the Netanyahu government).

All of this ought to of course be especially sensitive in the Jewish state — which is possibly why it’s taken so long for the explosive issue to receive mainstream Israeli media coverage.

It will be interesting to see if Israel’s High Court of Justice acts on or even acknowledges the demands of the Israeli activist groups currently petitioning for a ban on weapons exports to Ukraine, but we won’t hold our breath.

With is that not a surprise. The upper crust of the ‘chosen people’ helped the Nazis in Germany.

To name a few:

You know what I did brother? I googled “collaboration of Jews and Nazis”

Thanks Garga. Sometimes igwt sick of goigling. You know as i am old enough to remember books etc . Haha? i also like to hear it from a fellow person. However, i agree,wiki is very prijewish so if they mention it ,it surely can not be hidden!

And..Ukraine sides with the Nazis in WW II.

If jewish bolsheviks had murdered 10 million of my people I would have as well.

Mt Great Grandfather was born in Odessa many family members remained there until the late 80’s was the last to leave. We have our anger directed where it belongs on the Oligarchs , even Jewish Cossacks lost family members there in Holodomor.

The Cossacks fought on both sides against communism in their own ways the Don some fought alongside the wermacht but realized the SS were better supplied s got their supplies from the SS. The other parts of the Don and other Cossacks felt it was better to change Soviet Union from within all had good intentions.

The Ukraine became anti Russia why because of Israeli snipers that assassinated elected real patriotic leadership of Ukraine.

Now everyday Ukraine will see bomb explosions to create threats, chaos and confusion as they are doing in the last 50 years in other countries. The child butchers Israeli pirates knows that weak Russia will not be able to help the Middle East countries.

I read somewhere they proved they were Georgian and brought there by shakasvili.

This is definitely a shot over NetanYahoos bow. Will have to see if this gets any traction.

Also armed the butcher sandinistas in Nicaragua – and alquaida and ISIS in Syria.

There’s more but I don’t have the time to give y’all a list – but I’m sure you get the gist that wherever there is evil in the world, the jews are right there supporting it and trading on it.

Will Haaretz dare to report that all the Ukranian oligarchs have Khazar blood in their veins and most are also citizens of Israel. It is illegal for a Ukranian to have duel citizenship , so the oligarchs found a way round this. It is not illegal to have three or more citizenships :)

Ukranian Jewish oligarchs fund and employ the semi aligned private/government groups such as Asov who are just formations if thugs who wave the flags that gains them recruits. Rather like ISIS does.

Kolomoisky is the worst Ukrainian Jew of all of them! Even worse than Poroshenko! Kolomoisky started and funded the Nazi right wing militia’s in Ukraine!

Which one do they call the chocolate king? 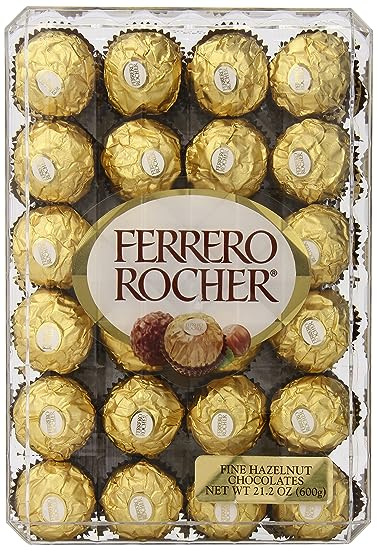 Oh really, thought that was a French or Belgian brand, ha learn something new everyday.

Israel supports the jewish oligarchs that hijacked tthe Ukraine and started this stupid pointless brother war.
They didnt seem to mention the jewish role in Ukraines holocaust the Holodomor either… 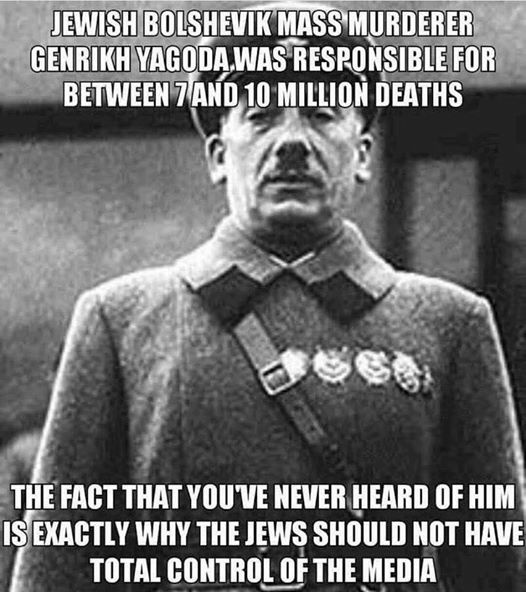 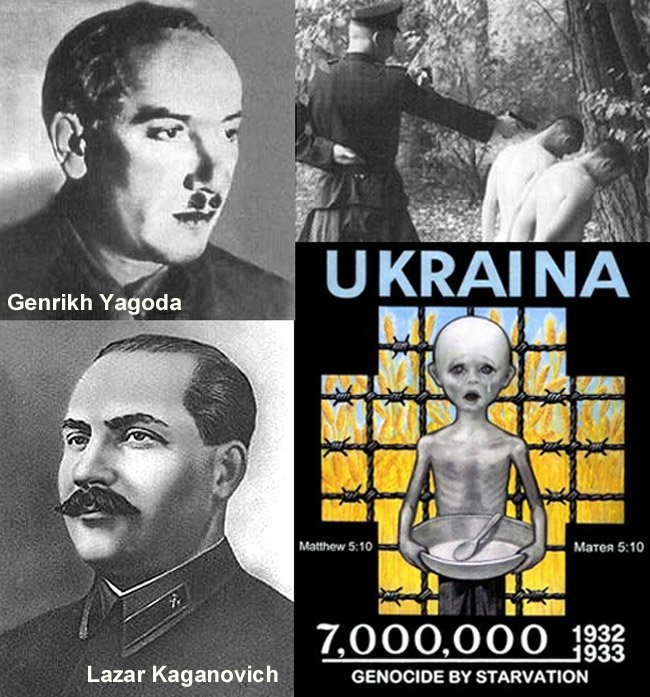 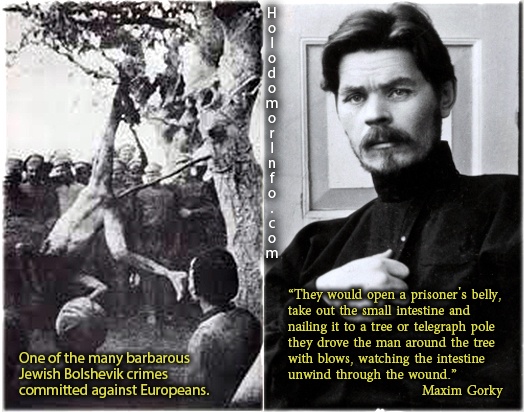 Many Ukrainians who lost family members know it was the Jewish Oligarchs instead of blaming soviets that is a blind by Jews who have hijacked Holodomor (imposed)Holocaust.Sad how this Famine as it was the exact same one that was forced on Russians and others by these Oligarchs in those countries. When one finds out how Canada and the US became prominent Wheat exporters one has to look back to Holodomor and what prompted it. They sold off and took more Wheat grains than they were supposed to (that was at the end of a gun)so they created the famine to reduce the population an ethnic cleansing if you will. When one looks back even further this has always been the Jewish Oligarchs modus operandi in every country they inhabit.

USA is the host now but running out of nutrients to feed …..back to Russia???

Oh PS – Didnt the Israelis also arm and train the Georgians?
I wonder if they will fair as well?

This appears to be a dead black soldier. 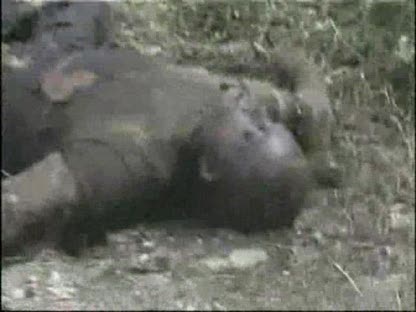 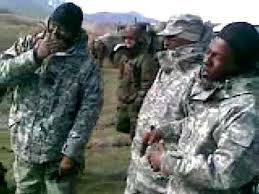 history repeats it would seem.

If they were real National Socialist, they would join Nationalist Christian Russia, and fight against the MI6 backed Jewish leadership of Ukraine and liberate Ukraine from Zionist influence.
They sign an alliance with Russia, and oppose globalist-zionist-NATO and Jew-George Soros.
https://dailystormer.name/self-help-sunday-be-a-good-man/