A video, showing main stages of an aircraft carrier’s building, has been published online. 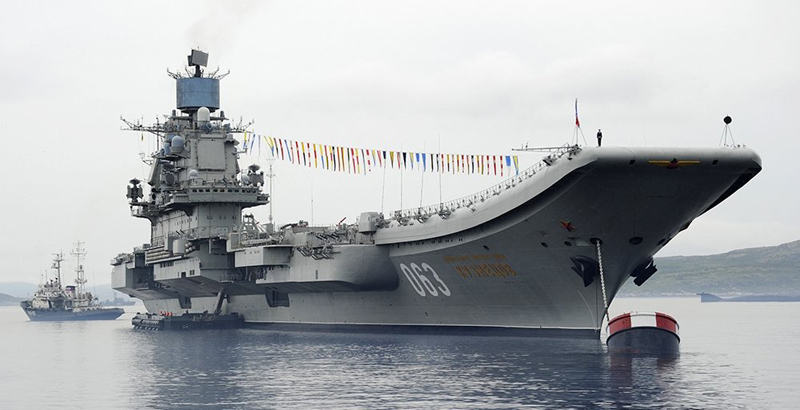 An interesting video, showing main stages of building of an aircraft carrier was published online.

According to authors of the informative video, about 60,000 tons of steel, 1.82 hectares of rough surface suitable for a runway, four 100-meter catapults and about 2,500 laborers are needed to build an aircraft carrier. An aircraft carrier weighs at least 90,000 tons, and its building usually takes about five years.

As the video revealed, such a project costs at least $5 billion.

Will remind, the Russian Navy has only one heavy aircraft-carrying cruiser in its service – the Admiral Kuznetsov. The vessel is a part of the Northern Fleet, but currently it leads a carrier battle group of the Russian Navy in the Mediterranean Sea.

The heavy aircraft cruiser of the Project 1143.5 was designed by the Nevsky Design Bureau in Leningrad (St. Petersburg). It had the name ‘The Soviet Union’ at the design stage. During the building stage, it was renamed to ‘Riga’, during the launching – to ‘Leonid Brezhnev’, and when the vessel was being tested, it already had the name ‘Tbilisi’. Finally, in 1990, the aircraft carrier was renamed for the fourth time and received the name ‘Admiral Flota Sovetskogo Soyuza Kuznetsov’.

The cruiser is the largest ship of the Navy of Russia and Eurasia. Its full load weight is 61,390 tons, the length of the flight deck is 306 meters, the width is 71 meters and the height – 64 meters, the maximum speed is 29 knots. The Admiral Kuznetsov can carry up to 50 aircraft and helicopters, the crew strength, including pilots, is 1980 people. Unlike classic aircraft carriers that have only anti-aircraft weapons, the cruiser is equipped with the Granit anti-ship cruise missiles and air defense systems of various classes.

Video is kind of useless as it shows western aircraft carriers that are already obsolete by Russia and China aircraft carrier killer missiles. I would have been more interested if it showed how the aircraft-carrying missile cruiser fired its missiles without affecting the takeoff and landing of aircraft.