As of October 22nd, there is a worrisome trend of public figures, who are outspoken critics of Trump, being mailed pipe bomb packages.

On October 24th, one more was discovered at Time Warner Center in New York, where CNN’s newsroom is located. It was addressed to former CIA director John Brennan. Devices sent to California congresswoman Maxine Waters and former Attorney General Eric Holder were also intercepted and are being investigated.

Authorities believe that despite the device Soros received was smaller, it is very similar to the ones sent to the others.

According to authorities the devices were “pipe bombs,” which are “rudimentary, but functional.” They were wrapped in black electrical tape and stuffed full of gunpowder with a digital clock timer attached.

Every single recipient of the bomb packages — Soros, Obama, Clinton, Wasserman-Schultz, Holder, CNN — has been a target of Trump’s vicious comments at his raucous rallies. He didn’t light the fire, of course, and he’s condemning it, but he brought the kindling and the matches. There are also conspiracy theories that Democrats are making a play for sympathy just two weeks before the mid-term elections. Also, most of violent incidents in the last two years were aimed at Republicans.

It's only logical to question who actually sent the bombs.

The fact that #MAGABomber is trending with not a shred of evidence is indicative of the deranged times we live in.

Hillary Clinton, who was in Florida, was quick to make political hay out of the suspicious packages, saying that America is divided and “we have to do everything we can to bring our country together.” She spoke in front of CNN earlier in October calling for no civility against Republicans. “You cannot be civil with a political party that wants to destroy what you stand for, what you care about,” the former presidential candidate said.

Hillary Clinton rejects calls for civility: "You cannot be civil with a political party that wants to destroy what you stand for."pic.twitter.com/HSVKxReVUI

George Soros also blamed Donald Trump and called for a Democrat victory: “We must find our way to a new political discourse that shuns the demonization of all political opponents. A first step would be to cast our ballots to reject those politicians cynically responsible for undermining the institutions of our democracy. And we must do it now, before it is too late.”

President Trump and his family condemned the packages as “cowardly attacks” and “despicable acts.” Trump promised to bring the “full weight of the government” to bear on those responsible.

I strongly condemn the attempted acts of violence against President Obama, the Clinton family, @CNN & others. There is no excuse—America is better than this.

Gratitude to the @SecretService and law enforcement for all they do to keep this nation safe.

It is yet unclear who sent the packages, if Trump is the cause or if it is, in fact, a sympathy play by the Democrats. RT cited retired US Marshal Matthew Fogg who said that it is difficult to find out whether the packages were sent by a single individual or a group. According to him, more perpetrators means greater odds that “somebody’s going to make a mistake.”

RT further cited former CIA officer Philip Giraldi was more skeptical, saying that tracking down the would-be bomber will be “very difficult, unless they were dumb enough to include fingerprints on the bombs or in the packaging.”

According to Giraldi the package “might be an attempt to create negative sentiment against right-wing groups just before the election to create some kind of shift to the left, but there is no evidence of that.” “And I don’t think it would be successful,” he added, as most people complaining about the bombs are “committed progressives who are already on board to hating Trump and his supporters.”

Two weeks prior to election this incident is of paramount significance. Regardless of who stands behind the packages, they have certainly achieved one thing: the Democrats and opponents of Trump were rallied and are gaining momentum and potentially even more people to their “cause.”

Hey Elites… are you now going to Blow up Eachother? Or is this another Hoax…just some Funny April Fools Day Practical Jokes…

This is what is needed.

If it was down to me; in the US, with the exception of maybe 4-6 people, they all need to undertake it, going through huge crowds that stone, vomit or piss on them (or worse).

In the UK, it is exactly the same.

That seems accurate. Yes, a gauntlet run would do them a world of good.

Agreed…i got dibs on max booth

Good choice! I get dibs on John Brennon.

The Dems are desperate…this hoax is pathetic and laughable.

you think the republicans are not? Or you are with the believe that are in a different boat than the other ones?

Take this farcicle BS attempt only in consideration; that is what we are referring to. Now the bigger picture is same – same BS.

you know what I often wonder, who cares what they do in a country that is all the perverts of earth gathered there and in their majority are like dogs with 100 fathers?

As things go soon will be a total war everywhere on earth. So we say our peace when the guns are speaking and not bullshit PC attitudes. It is getting very boring to discuss what every moron on this earth is saying or doing.

The fakers could at least have send to a couple of Republicans too, the only thing the Dems have left before the midterm is to play the victim card.

enlighten me as we all hear this DEEP STATE been blame about everything along with the jews. Who are this DeepShit, you all referring to?

It means the same as “Shadow Government”. It is un-elected officials that operated behind the scenes. When a president leaves, they stay on. When a President does not follow their orders, they kill him. The Council of Foreign Relations is one example. There are many more on the list.

Everyone other than globalist billionaire Donald Trump, apparently.

Keep inventing kosher words until eternity so you wouldn’t have to point out the giant elephant in the room. 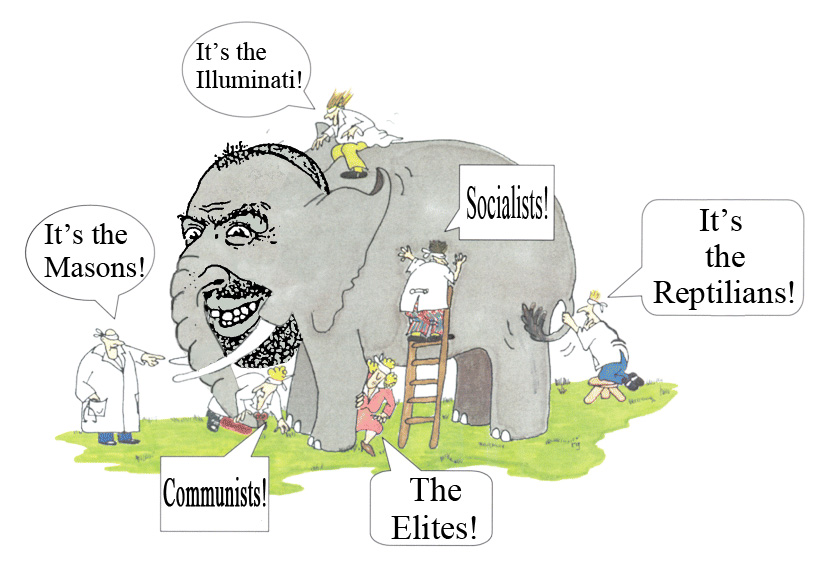 Yeah im leaning towards your position.

Could also be saudis stirring the pot for the kashoggi flak there eating right now… due to saudi incompetency i would say 1% chance being saudi…cant reject it outright just yet.

But i dont like the democrats…there behaving more and more like nazis. The deplorables line really says it all.

Trust us were smarter than you is what that says.

Democrats are “smarter” then the rest…they are better than everybody else.

So one class of people is better than the rest??? Aint that fascism?

Lol….The Saudis are to stupid to make this hoax.

“There are also conspiracy theories that Democrats….”

Pff. The whole affair is straight out of the Old Red playbook.

The #MAGAbomber hashtag – yet again, the propaganda machine keeps rolling on. #MAGAbomber = Trump is guilt by association to the US air heads.

BPGSJLBDLSE
Reply to  You can call me Al

I doubt it is the Dumbercraps. Now the S-300s have sealed off Syria, Israel needs the US to attack Iran before the US economy tanks.

Could be right there.

Some of us are going with the #Midtermbomber. 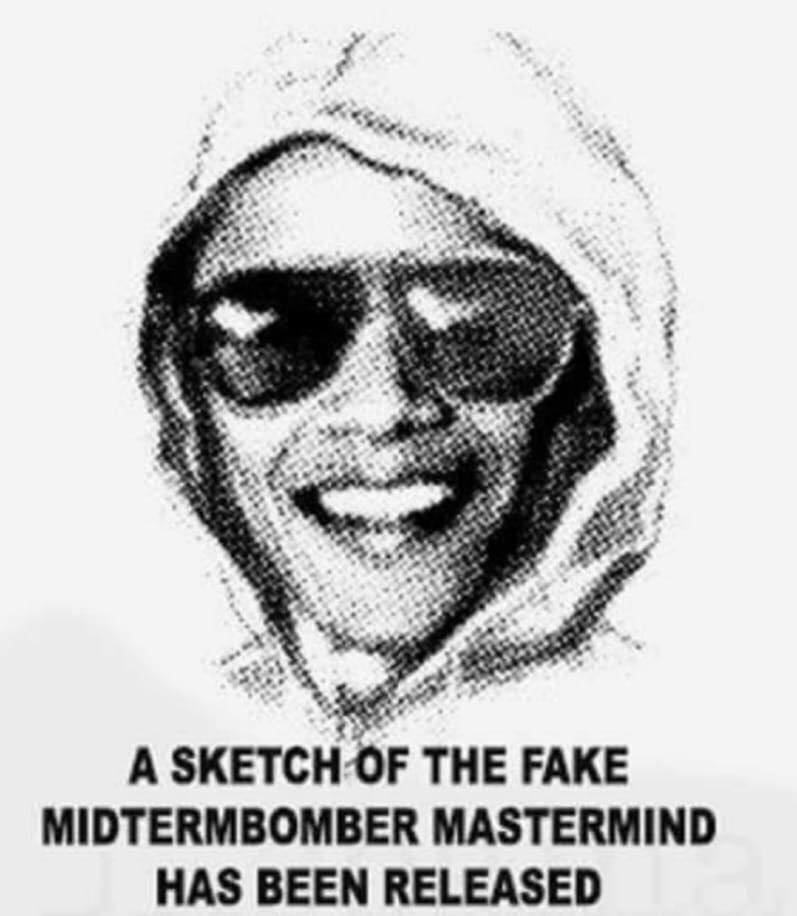 Domestic terror-mail-attacks that conveniently promote US Deep State political agenda – now where seen that before? These guys really don’t come up with new any ideas – it’s just the tried and tested tactical employment of hysteria and fear as part of a public relations campaign. It always involved a lot of bad faith and bad acting. 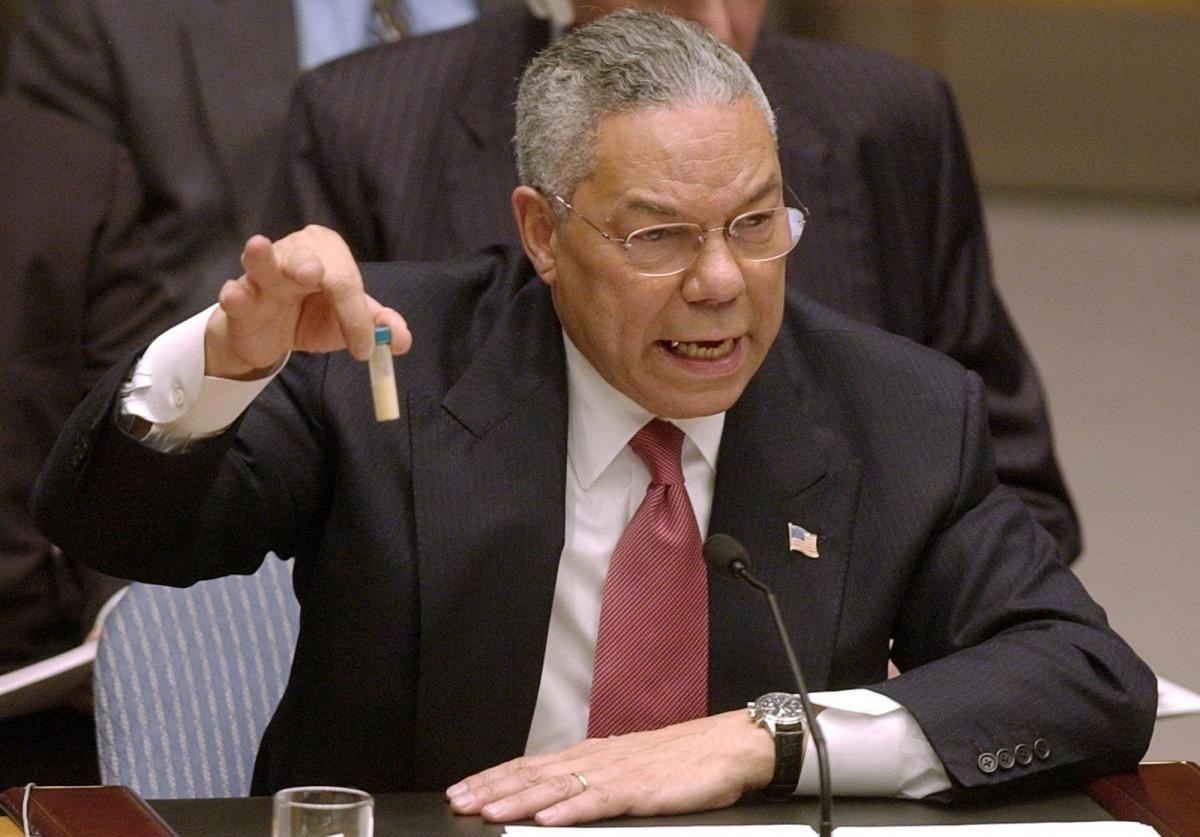 The slaughtering of Palestinians, Yemenes, Syrians, Libyans was impossible without the support of Washington and England. Now for Russia and China this is the time to remove venomous stingers from their as**s.

BS. England or Britain or the UK are doing very little, but are found guilty of even doing that. Saudi Arabia, the US and Israel are the regimes that urgently need taking out, but you can add the UK for being bastard arse-lick followers.

I think you don’t follow the Syrian war thoroughly. The Washington and England forces together I see in each and in every country in the world. Can you tell me the names of few countries where their forces are not present?

In Idlib they don’t declare that they have withdrawn their forces. Look to Aleppo, Al-Tanf, Raqqa, Deir Ezzor, Hasaka everywhere the Washington and England have opened logestic and training centres for ISIS and Al-Qaeda.

Saudi Wahhabi regime and Foreign terrorist state of Israel work for Washington and England. Look at their history.

I disagree with you Uk is not a follower of none of the 3 you mentioned they are the puppets and let us not forget who drawn the borders in ME and Africa, or who created the colonies they control every breath they take to this day. Must one of this days accept reality.

John Brennan – ex CIA chief and architect of the entire Trump-Russia-impeachment-collusion narrative, launched to counteract the establishment losing control of the transfer of executive office away from their preferred candidate. And now here’s Brennan again, apparently as a ‘target’, in a very conveniently timed, pre-mid-term election domestic ‘crisis event’. Which is being crudely and broadly used to portray Trump and his supporters as dangerous, extremists, domestic terrorists etc, ie basically publicly rehash Clinton’s ‘the Deplorable’s’ tag all over again, pre-mid-term-election, to motivate swing-centrist and Democrat voters into action in next round of elections.

The timing is also interesting… we have elections coming soon, this kashoggi farce and the inf treaty debacle.

At face value what I see is a deeply divided west, that is at the same time provoking russia and china.

What are these imbeciles up to? Trying to get us all killed after there done robbing us blind.