The M109A6 Paladin is is an upgrade of the M109 self-propelled howitzer, which was developed by the Ground System Division of United Defense LP (now BAE Systems Land and Armaments) in early 1960s. Initially the M109 had a crew of six: the section chief, the driver, the gunner, the assistant gunner and two ammunition handlers. However, the M109A6 has a crew of four: the commander, driver, gunner and an ammunition loader.

The M109 Paladin is the most widely used self-propelled artillery vehicle in the U.S. Army inventory (more here). It’s actively used by the US-led coalition in the operation to retake Iraq’s Mosul from ISIS terrorist group. 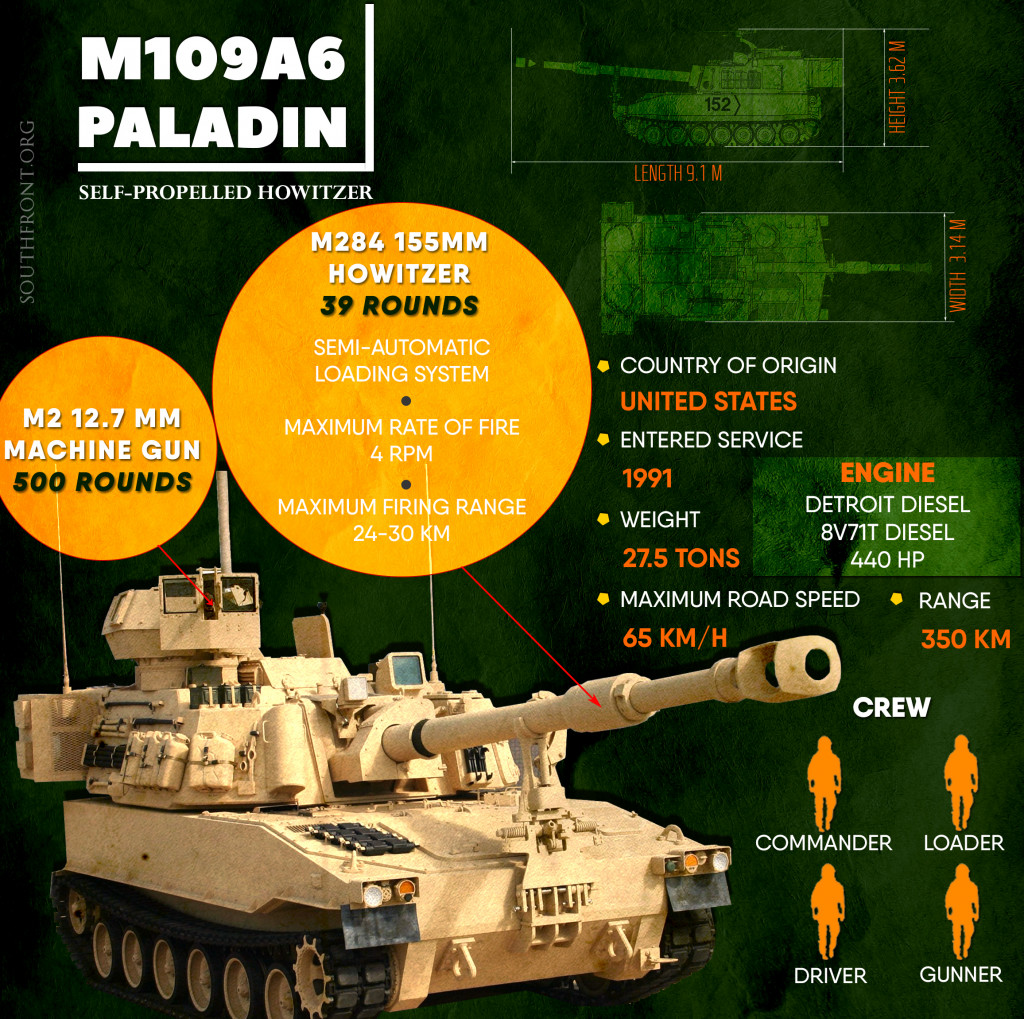