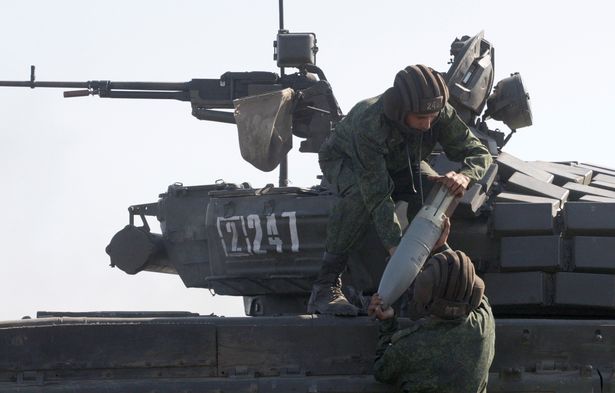 According to Acting Minister for Foreign Affairs of the Lugansk People’s Republic (LPR) Vladislav Deinego, LPR should return back to Ukraine, citing international pressure. Deinego said that the international community wouldn’t tolerate the self-proclaimed republic cutting ties with Kiev. He said that Minsk II agreements entail this responsibility for LPR. “However this process should be carried out on the basis of LPR and DPR having self-determination within Ukraine. We have to reach this level of cooperation with Kiev in order to get recognized by Europe and the world. That’s the way we have to act,” Deinego said.

However, Chairman of the People’s Council of the Donetsk People’s Republic Denis Pushilin said: “I cannot currently imagine that the people of DPR or LPR, or the leaders, who may face life imprisonment in Ukraine, would want to go back. It’s clear that this simply isn’t possible, and situation only takes turns for the worse, with Donbass putting even more and more distance between itself and Ukraine.” He also noted that Kiev did not implement any of the points of the Minsk II agreements. “Vladislav Nikolaevich [Deinego] discussed the hypothetical possibility, but this has no relation to actual policy, so there’s no reason for worry. Donbass is so far away from Ukraine now, that discussing a possibility of reunion is inappropriate even hypothetically,” Pushilin said.

Actions of the local authorities in eastern Ukraine supported probably by some persons from Moscow have created corrupt systems in these areas. This is at the very time when the rest of Ukraine is looking sharply at all changes happened in the East. An idea of the so-called “Russian World” has been significantly discredited.  Right now, many people, whom have supported a secession of LPR and DPR from Ukraine or at least an establishment of autonomous region in this area, are now leaving the republics. Many influential members of this movement has been killed or repressed.

The article was edited on Nov.14

So a lot of people died for nothing?

That applies to most wars basically. All the deaths in Syria have basically also died for nothing.

“All the deaths in Syria have basically also died for nothing”

Disagree! Just ask the people flocking back to government controlled areas happy to be alive and free of the head chopping imported foreign mercenaries, i.e. terrorists.

Nothing new here, Minsk 2 is about federalization of Ukraine, lugansk ledership is just saying theyare going to fulfil their part of the deal.

They don’t seem to realize that EUkrainia is still largely in the hands of neo-nazis looking for scapegoats. “Getting the chop’ would be putting it mildly and the west. though tsk-tsking. won’t be interfering in EUkraine’s domestic affairs – even to degend or protect someone. That ‘duty’ doesn’t apply to ‘pals’.

The LDR need to think about why it chose this course, and what is better now? Another referendum may be in order. In the meanwhile I hope the rebel forces can hang tough – the ‘restoration of national integrity’ should start as soon as the blockheads can get some militias to the front.

A massive defeat for Russia

It’s one thing to set up some tiny defacto buffer state, it also has to be economically viable. These territories were not like South Ossetia, tiny shitholes that nobody really cared about who can make a living off crime and smuggling, they contained some major cities with major populations. Who need a thriving economy to sustain them. If Moscow doesn’t want to annex these places, it needs to pay for them. If it doesn’t do either, neither will last long.

Also, People’s Republics? Who came up with those names. No country that has the names democratic or people (extra credit if used both) in them has ever turned out to be anything other then a shitholistan.

Barba_Papa, calling South Osetia a shithole says a lot about your personally. I bet you’re brave enough to repeat it in the face of Osetian, are you? Yes Peoples republic may sounds strange (to you) in English but that’s your problem or that of English language. Dontetskaya Narodnaya Respublica sounds very well in its native language.

Tudor can you tell me if there has been fighting around Alchevsk this past weekend.

I checked Donetsk news sites and have not seen anything about Alchevsk.

Thankyou,, I don’t know where to look.. The west hides a lot I believe..

No defeat, Minsk II was also negotiated by Russia. LPR or DPR joining Russia was never an option.

Who wrote (the last paragraph of) this article? There is no authorship of any kind.

Is it me or are these pro-Russian sites becoming a bit anti-Russian?

Vladislav got some type of promise of riches and power from CIA.

Dont worry, the DPR adn LPR will continue being free and fight against the neonazi army of Kiev

Again and again we see some very strange titles of SF articles. Like one above and yesterdays “ISIS took back Al Bukamail”. Lets see where it leads…

therefore you are rebel in moldavia, the world wil not dance to your joy.

Well after several VBIED attacks and ATGM strikes, pro-gov forces exited the city and the battle continues, so what?

This was the fact. Unfortunately, ISIS took al-Bukamal last weekend.

” have created corrupt systems in these areas.” ??? Than how should one call the system in Kiev? Who’s the author of this MSM like BS?

The Kiev regime is much more corrupt than the system in eastern Ukraine. SouthFront is an independent project and cannot ignore obvious problems of DPR and LPR. We receive many emails from people well aware of the situation in this region. So, it’s important to draw attention to the current situation there.

Seriously? In comments I added a link where head of LNR is saying very different things to what Dainego was saying. To make your article neutral and not misleading its title should be “Dainego said this and that” but insteed your title claims that LNR is considering something – this is interpretation but not the actual facts.

The FM wants that, but, he has no authority. Who leads Lugansk and who has no desire to turn his back on the referendum results?

What other option do they have considering the position of Putin and his Kremlin Siloviki? They’ve been bleeding for too long thanks to RU. If RU is not willing to protect interests of its own people who else should they return to?

Can anybody tell me if there has been fighting around Alchevsk this weekend?

They murder the leaders of the resistance.Then buy off the politicians.

Title of article is misleading ….deputy FM has no real power! Plus the leader of Lugansk….stated their position which is contrary to Vladislav Deinego. Maybe Deinego is another CIA/ Mossad plant!