The Syrian Army troops targeted and destroyed a long convoy of ISIL military vehicles in Northeastern Sweida. Several terrorists were killed and wounded in the Eastern and Northeastern parts of Sweida province. 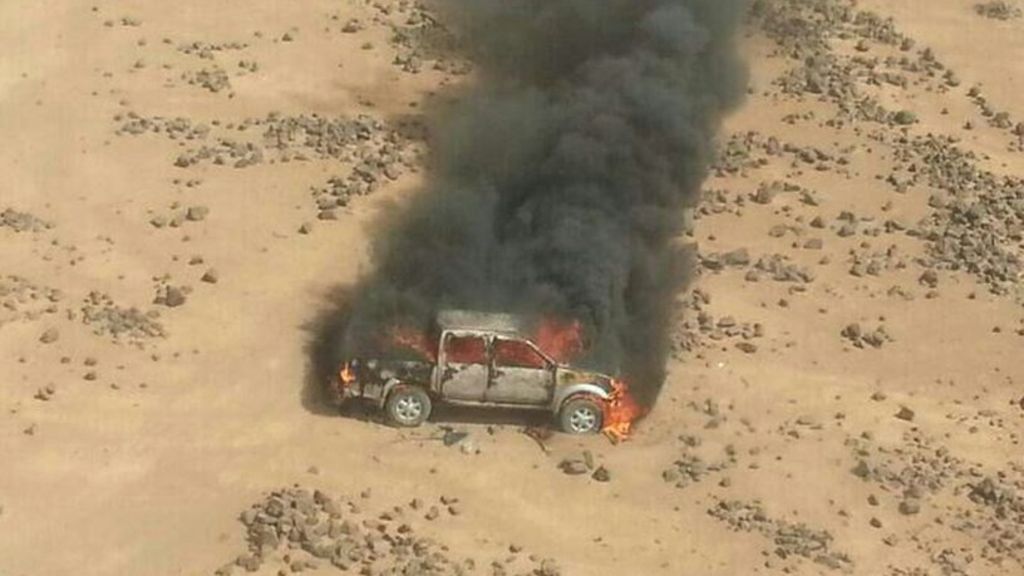 A long column of ISIL military vehicles was traced and targeted by the Syrian Army troops in Northeastern Sweida, the most part of the convoy was destroyed, the Fars news agency reported on Tuesday, citing local sources.

“ISIL’s military convoy was attacked heavily by the Syrian soldiers in Rajm al-Dawleh region,” the sources said and added that “at least six of the convoy’s machinegun-equipped vehicles and several more vehicles carrying ISIL terrorists were seriously damaged in the attacks.”

On July 16, the Syrian military forces launched new attacks against ISIL terrorists in the Eastern and Northeastern parts of Sweida province.

Several terrorists were killed or wounded during the heavy fighting with the Syrian army in Tal Ash’haib al-Shamali in Northeastern Sweida.

At the same time, the ISIL group’s defense lines near Mashbak al-Wedyan in the Eastern countryside of Sweida city were struck by the Syrian soldiers. The military operation claimed the lives of several terrorists and destroyed the military hardware in large scale.