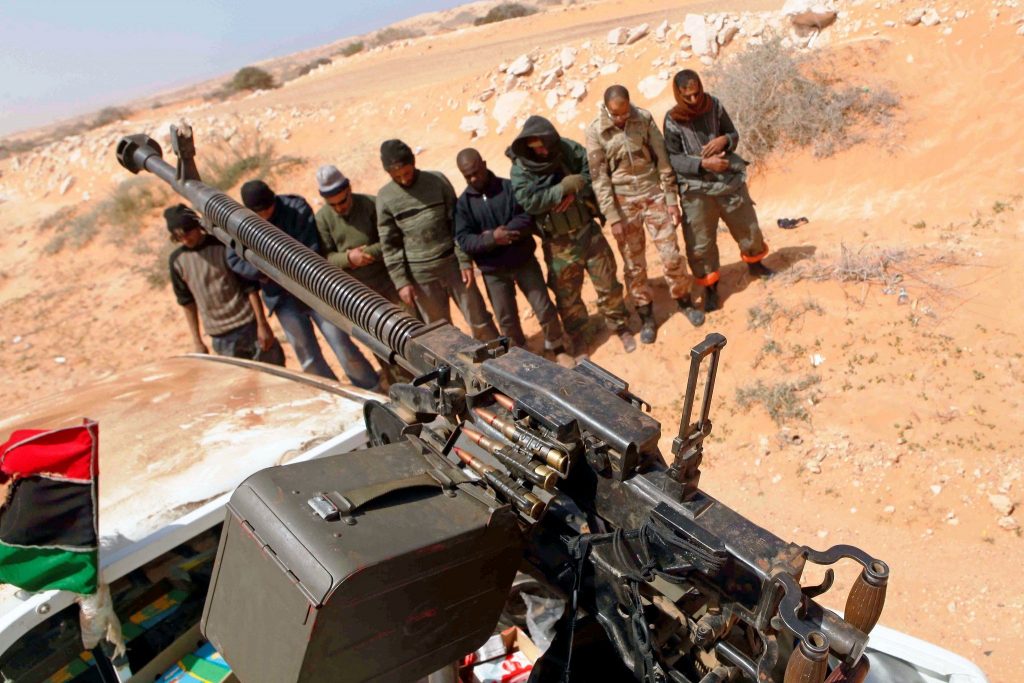 The Telegraph reports that London attacker Rachid Redouane fought in the 2011 British/NATO war against Qadafi  – as did Salman Abedi, the Manchester bomber – and joined a militia which went on to send jihadist fighters to Syria. In Libya, he is believed to have fought with the Liwa al Ummah unit.[1]

The Liwa al Ummah was formed by a deputy of Abdul Hakim Belhaj, the former emir of the al Qaeda-linked Libyan Islamic Fighting Group. In 2012, the Liwa al Ummah in Syria merged with the Free Syrian Army (FSA)[2], which was formed in August 2011 by army deserters based in Turkey[3] whose aim was to bring down Assad.

In Syria, the Liwa al Ummah was often referred to as an ‘FSA unit’[4] and sometimes teamed up with al-Nusra, al Qaeda’s official branch in Syria. [5]

The UK has been reported as covertly supporting al-Nusra in Syria.[6]Moreover, the UK backed and supplied the FSA. In February 2012 Britain pledged to send advanced communications equipment to the FSA to help coordinate its forces.[7] In August 2012, it was reported that British authorities “know about and approve 100%” intelligence from their Cyprus military bases being passed through Turkey to the rebel troops of the FSA.[8] In August 2013, the UK announced £1m support to the FSA in form of communication and other equipment.[9]

The FSA has been covertly armed by the US and Gulf states[10] and trained by Turkey[11] – all as part of the UK-backed covert operation to oust Assad which began in 2011.

There is evidence to suggest that the anti-Qadafi fighters who fought on Britain’s side to oust Qadafi in 2011 – for which the British authorities allowed an ‘open door’ for them to travel from the UK to Libya – then simply moved on to Syria. In December 2011, it was reported that “with explicit consent from Transitional National Council (TNC) chairman” (supported by the UK and NATO) “600 highly motivated troops fresh from toppling the Gaddafi regime” were shipped to Syria to fight alongside the FSA. “The trigger-happy Libyans have access to a wealth of weapons plundered from the Gaddafi’s regimes military depots or gently ‘donated’ by NATO and Qatar”.[12]

If you ever wondered why don’t terrorist attacks happen in eastern Europe, look no further than this article. It’s their own fault for fighting in wars they don’t belong in.

Eastern Europe, especially Poland needs money during conversion time from communism to Capitalism, as they struggle at the beginning with the economy. Selling and shiping weapons to Middle East was once source of income