Lockheed Martin, the defense company behind F-35A Lightning II, a fifth-generation combat aircraft, won a $928 million contract April 18 to develop a hypersonic missile for the U.S. Air Force that will travel more than five times faster than the speed of sound to overcome Russian and Chinese missile defense systems. 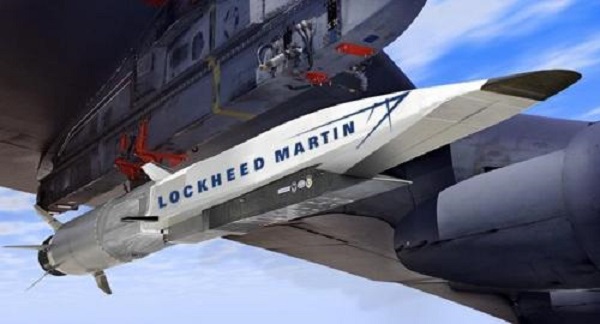 According to Lockheed Martin, under the indefinite-delivery/indefinite-quantity contract, the company will design and manufacture the Hypersonic Conventional Strike Weapon (HCSW), a new air-launched weapon system. The missile will be capable of speeds higher than Mach five and could render Russian and Chinese ballistic missile defense interceptors useless.

Lockheed Martin will be strategically working with the U.S. Air Force to “finalize system requirements under the contract’s initial task order,” the press release stated.

“Our goal is rapid development and fielding of the HCSW system, and this contract is the first step in achieving that goal,” said John Snyder, vice president of Air Force Strategic Programs at Lockheed Martin. 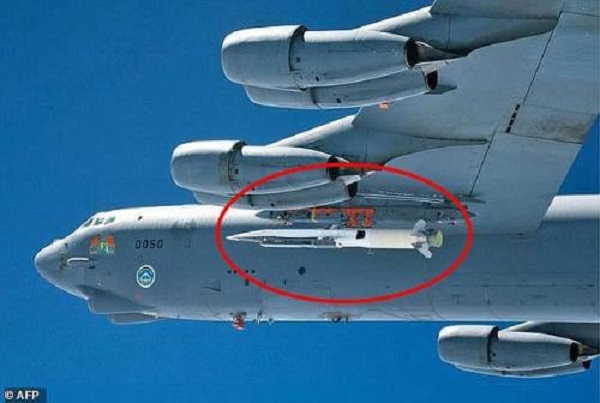 He added, “design, development, production, integration and test experts from across Lockheed Martin will partner with the Air Force to achieve early operational capability and deliver the system to our warfighters. We are incredibly proud to be leading this effort.”

The HCSW team will work on the hypersonic missile program at numerous locations in the U.S., including in Huntsville, Alabama; Valley Forge, Pennsylvania; and Orlando, Florida; with additional support in Denver, Colorado, and Sunnyvale, California.

Lockheed Martin has the most experince when it comes to developing and testing hypersonic weapons and vehicles than any other U.S. defense company. On an international stage, U.S. defense companies are severely behind the technology curve when it comes to developing and fielding these powerful weapons for the modern battlefield.

In March, the United States Strategic Commander told the Senate Armed Services Committee that the U.S. is vulnerable to future attack via hypersonic missiles and is quickly falling behind the technological curve for hypersonics.

“We [U.S.] don’t have any defense that could deny the employment of such a weapon [hypersonic missiles] against us,” warned Air Force Gen. John Hyten, commander of U.S. Strategic Command.

Hyten further said, “both Russia and China are aggressively pursuing hypersonic capabilities. We have watched them test those capabilities.”

Yeah…. One Billion Dollar more None Existing American Tax Payers Money down the Drain… Citizens of the World the U.S. is going to Borrow Another Billion Dollars from US the World! Will become a Trillion by the time they take’m in production…just like the F-35…Grrreat….make the Filthy Rich, Filthier Rich…

The US does not borrow, it steals.

Oh…but they promised to pay it back with interest… so they have lied to me?

Don’t feel bad, they lie to everybody.

No they don’t and would not be able to do so within several years.

“We [U.S.] don’t have any defense that could deny the employment of such a weapon [hypersonic missiles] against us,” warned Air Force Gen. John Hyten, commander of U.S. Strategic Command.

Funnier that their answer to that threat is nuclear war escalation. So the employment of such Russian hypersonic weapons against them would be a nuclear war and guess who actually would be in the wrong sides of history should they have to be hit with hypersonic weapons that they have no defence with. My guess here it wouldn’t be the Russians. No MSM react incredulously to the statement however. No ‘analyst’ that interpreted it as ‘we’ll start a fucking nuclear war because we can’t win against Russians conventionally’

Lockheed Martin seems to be 10 years behind the curve. So throw 10 more billion at the project,

I should point out that there are a small number of intelligent people in America, but they go into banking.

Hahaha 100% true, and the real smart ones know better than to work for the M-I complex anyway

Lol. Was it really that bad nowadays ?

If that effort will in anyway resemble F-35 flying pig story than they better spend that money on transgender toilets.

Does anybody remember the $40 billion, missile defence system that has spent amost two decades, trying to get into active service? Who created that for the US and they seriously believe they will get hypersonics up and working, before the next generation Russian and Chinese hypersonic are up and running? Not forgetting, the tomahawk the US gifted Russian intelligence.

Assad must stay (gr8rambino)
Reply to  AM Hants

AM Hants
Reply to  Assad must stay (gr8rambino)

Wonder how many decades it will take for US hypersonic to reach active stage? How many generations ahead will Russia be then?

Assad must stay (gr8rambino)
Reply to  AM Hants

The US are well behind the curve on hypersonic weapons, probably because they’ve wasted too much time and money on stupid projects like the F-35. Not to mention building and maintaining a 10-strong fleet of floating white elephant carriers.