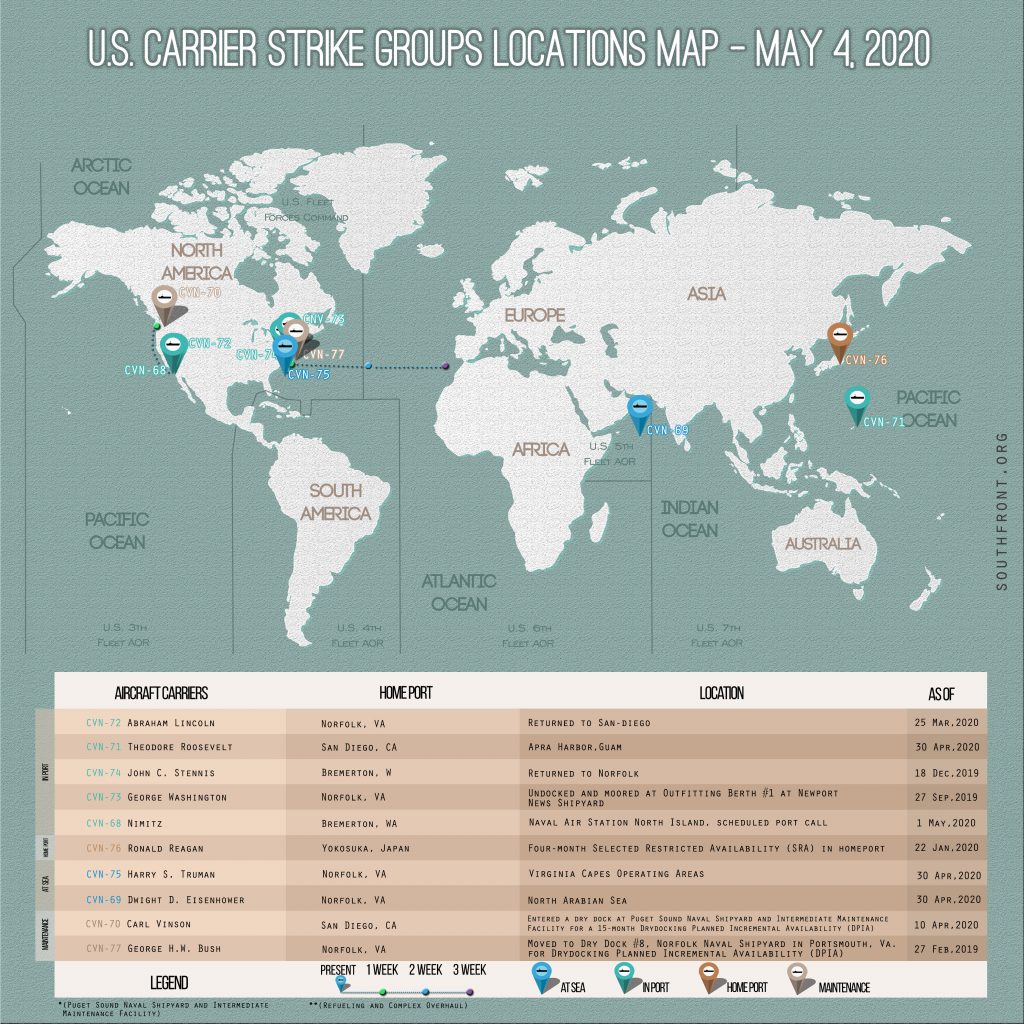 Russia has already deployed Avangard Hypersonic weapon-systems and is sufficiently advanced with Zircon hypersonic cruise-missile technology that they too will be operational early next year. Zircon cruise missiles will travel at Mach 8 and seem to be designed for marine warfare. Trillion dollar Yanki strike groups have suddenly become impotent. So, the Big Bully with it’s Big expensive fleet have become sitting ducks with no where to hide. However, should Yanki Rag-heads poke the Big Bear, their Trillion Dollar Fleet will be found crushed on ocean beds like spent tins of their beloved Coca Cola….

Most the Americunt faggots are out of commission anyway with the Pimpeovirus.

What carrier groups? the Americunts are dying like roaches of the Pimpeovirus, more than 150,000 of the lardasss child killer military faggots are infected with over 11,000 dead and 60% of the bases are infected.

U.S. carrier strike group will not survive saturation attack by anti-ship missiles, hypersonic or otherwise. This is clear to all U.S., Russian and Chinese military officials. And it is only another reason why U.S. will not instigate open confrontation with Russia or China. It is left, therefore, to limit carrier strike group to enforce an uneasy balance between these formidable opponents, or bully small state actors such as Iran. But even here the risks have become troubling to the Pentagon with the high number of anti-ship missiles hidden and distributed along the Iranian coast. Just one carrier sunk or severely damaged with a high percentage of its small-town population wiped out will end 70+ years of U.S. naval doctrine from one moment to the next and change the geo-political equation forever. Is that a risk U.S wants to take?